Gold may be taking off right now, but it’s not the only thing in an uptrend. Energy is also moving higher. The considerable drop of investment in oil exploration and production is, however, set to bring the risk of oil prices hike in the future. In Iraq, a different picture is playing out. 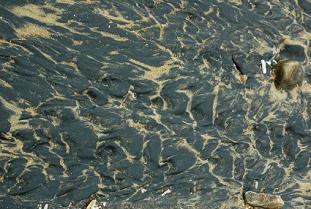 Oil prices soared to a fresh one-year high near $76 a barrel Thursday in Asia on a weaker US dollar and growing investor optimism about an economic recovery.

Benchmark crude for November delivery was up 72 cents to $75.90, the highest since October 2008, by midday Singapore time in electronic trading on the New York Mercantile Exchange. The contract added $1.03 to settle at $75.18 on Wednesday.

Oil investors have fed off rising stock markets and a falling dollar this week to break out of a $65 to $75 trading range that has held since May.

“There’s a perception that the economy is getting stronger and the dollar is getting weaker,” said Gerard Rigby, an energy analyst with Fuel First Consulting in Sydney. “But we haven’t seen a real improvement in demand just yet.”

Gold may be taking off right now, but it’s not the only thing in an uptrend. Energy is also moving higher.

There is speculation that Canada has the second-largest amount of oil reserves in the world, trailing Saudi Arabia. That may or may not prove correct. What is undeniable is that Canada is moving up the list of the world’s top oil producers while other countries struggle to make significant new discoveries.

The Crude Oil ETF has broken above its resistance trend line this week but is still struggling to move above the August high. Volume continues to decline while the price rises, all of which is a bearish indicator.

USO has jumped by nearly 16 per cent so far in 2009, but still remains far below year ago levels. USO looks ready for some type of a pullback as it digests this breakout before moving higher.

As some analysts maintain oil is making a move above the resistance trendline and looks ready for a quick pullback. This should provide a great opportunity to buy if one gets a reversal to the upside on increased volume.

Energy giant Exxon Mobil has agreed to buy a minority stake in an oil field off the coast of Ghana for $4 billion, the company’s first major purchase in nearly ten years.

Exxon is purchasing a 23.5 per cent stake in the Jubilee field from Dallas-based Kosmos Energy, an oil and gas exploration company that was part of the group that made the massive offshore find in 2007.

The Jubilee field is estimated to hold 1.8 billion barrels of oil, more than just a drop in the bucket of global supply.

According to the Energy Information Administration, the world’s 15 largest oil producers delivered about 64 billion barrels per day in 2008.

Despite a strong balance sheet, Exxon has been slow to make acquisitions since the start of the financial crisis.

“It also underscores a growing interest in west Africa by the oil majors, which have been limited in their ability to expand by rising resource nationalism in places such as Russia and Venezuela,” writes analyst Martin Arnold.

There are conflicting opinions, however, on the direction of oil prices. Some analysts believe that fundamentals are too weak to support even the current levels, while others see crude prices skyrocketing over the next few years.

As Exxon begins looking to new corners of the world to boost its reserves (the company is also exploring areas near the Philippines, Madagascar, and Greenland), it appears the oil industry may be bullish on long-term prices.

However, the considerable drop of investment in oil exploration and production is set to bring the risk of oil prices hike in the future, the chief economist of the International Energy Agency (IEA) has warned.

“There is a huge reduction of investment on the oil industry sector, specially for development and exploration,” said Fatih Birol at a ministerial meeting of the Paris-based organization on Wednesday.

The economist pointed to a drop of US$ 100 billion in oil industry investment, which is a 20-per cent decrease compared with the level of 2008.

“If we continue with this under-investment, we may face difficulties in one or two years,” Birol said, explaining that once the economy regains its growth, the oil market demand will recover as well.

In that case, the short supply caused by low investment will endanger a stable oil price. Birol also denied any signs of investment resumption for the oil industry for 2010.

In Iraq though, there is a different picture playing out. Iraq’s oil minister recently said he expects his country to increase its oil production to 10-12 million b/d over the next six years from the current 2.5 million b/d, following agreement on two new oil service contracts.

“What we expect from the first bid round and what we hope for from the second round is that Iraqi production will be between 10 to 12 million b/d, and this will make Iraq equal to the world’s biggest oil producers,” said Hussein al-Shahristani, referring to one auction in June and another due in early December.

Al-Shahristani’s remarks, which made no reference to the need to adjust production quotas set by the Organization of Petroleum Exporting Countries, came as international oil companies agreed to Iraq’s financial conditions for investment in two major oil fields, Zubair and West Qurna 1, in southern Iraq.

The minister said a consortium led by Italy’s Eni SPA had agreed to Baghdad’s offer of $2/bbl for each extra barrel of oil it extracts on top of the current production of 227,000 b/d at the 4.1 billion bbl Zubair field.

Al-Shahristani said he wanted oil production at the field to increase by 1.125 million b/d within 6 years’ time.

Meanwhile, the minister said that two competing consortia – one led by ExxonMobil Corp and the other by OAO Lukoil – had submitted bids that met Iraq’s conditions for the 8.6 billion bbl West Qurna 1 field.

The oil minister said it would also take two weeks to decide between the offers of the ExxonMobil-Lukoil consortia. ExxonMobil’s consortium includes Royal Dutch Shell PLC, while Lukoil is in partnership with ConocoPhillips.

Iraq has lured big oil firms into new service contracts on some of its giant oilfields by cutting taxes and sweetening terms to make the deals more profitable.

Lower taxes were the main factor that convinced firms they could turn a profit where they previously saw too much risk on punishing terms.

While Shell is working with Exxon for the West Qurna field, a consortium headed by Italy’s ENI (ENI.MI) said on Tuesday it signed a deal to develop the giant Zubair field for a remuneration fee of $2 a barrel.

At Iraq’s oilfield auction in June, the consortium refused to go below $4.40 a barrel.

Surely, the tides are a-changing.