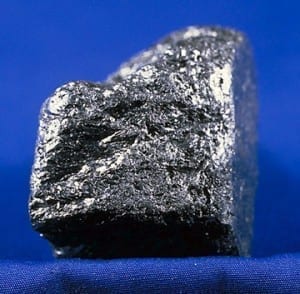 Interest in graphite has steadily risen in part because lithium-ion batteries have become more common, thanks to Tesla Motors (NASDAQ:TSLA) influencing the market for lithium and other metals.

Interest in graphite stocks has steadily risen in recent years, in part because demand for lithium-ion batteries has been on the rise. And as many critical metals investors will know, Tesla Motors (NASDAQ:TSLA) has been stoking excitement for lithium and other metals with the construction of its new lithium-ion battery gigafactory in Nevada.
What is this significant for graphite?
Because graphite is a crucial component for lithium-ion batteries. This has some market watchers calling for increased the demand for graphite in the future, despite the market for the material still struggling today. Case in point: Bruce Coventry of Android Industries and Canada Carbon (TSXV:CCB) recently said in an interview that while synthetic graphite is traditionally used for battery anodes, more and more, manufacturers are looking at natural graphite in a bid to lower costs.
Some graphite companies have seen relative success this year, so Investing News Network (INN) took a look to see which ones were gaining in the midst of trying times.
Specifically, four graphite companies have made gains of more than 70 percent so far this year.

Since early January, Flinders Resources has made significant progress with its share price, increasing by 160 percent, or $0.24 per share. Flinders owns 100 percent of the Woxna Graphite Mine in Sweden.
In late March, the company provided an update on the batter grade graphite from the Woxna mine. Flinders said that the facilitiy remains on a “production-ready status until refractory grade graphite concentrate demand increases,”  due to a weak graphite market and slow industrial markets indicating little chance of it rebounding short term.
Flinders also indicated that their marketing team would be undertaking a global marketing tour in April and May to demonstrate spherical graphite samples throughout the European Union, North America and Asia. The focus was to be on auto and battery cell manufacturers, but no additional news has been posted regarding the tour.

Over a one-year period, Graphite One has only made gains of 65 percent, but since the beginning of 2016, they’ve jumped significantly by 120 percent to $0.07 per share.  The company is currently exploring with the intent to develop its Graphite Creek Deposit in Alaska. Currently, the project is moving to the advanced exploration stage.
Earlier in May, the company announced production of premium grade spherodized graphite from 99.98 percent Cg purified graphite with yields in the first-run trial averaging 74.6 percent.
Anthony Huston, president and CEO, said, “We are very pleased with the yields of 74.6 percent from our first-run trials given that typical yields of spherical graphite are 30 percent to 40 percent, depending on the quality of the graphite, the type of equipment used, and the analyst’s experience in adjusting processing parameters.”

Northern Graphite owns a 100 percent interest in the Bissett Creek deposit in Ontario. Bissett Creek is an advanced stage project and has the highest percentage of large flake material.
At the end of March, the company released news wherein they announced they would be jointly acquiring a micronizing and spheronizing mill to produce spherical graphite with Nouveau Monde Mining Enterprises (TSXV:NOU), Metals of Africa (ASX:MTA) and Coulometrics LLC.
The release said the mill will be added to Coulometrics’ battery production and test facility, with Northern Graphite financially supporting most of the work.
Year-to-date, Northern Graphite has jumped 118.18 percent to $0.26 per share.

Find out what experts are saying about the future of cannabis

Finally, Mason Graphite has jumped 85.29 percent overall in 2016 to $0.29. Despite their overall increase for the year, just last week their stock was down 1.59 percent, hitting $0.62.  The good news is, shares of the company have risen six percent since April 13 and continue to be uptrending.
The company owns  a 100 percent interest in the Lac Guéret graphite project in Quebec and is focused on obtaining required permits to begin construction this fall. The company is aiming to achieve full production in 2017.

Other companies that have made gains

Other companies in the graphite space have seen gains so far this year as well. Here are a few examples:


Give me my free report!
Don’t forget to follow us @INN_Resource for real-time news updates!

Editorial Disclosure: Flinders Resources, Graphite One, Focus Graphite and Magnis Resources are clients of the Investing News Network. This article is not paid-for content.