The world is moving away from fossil fuels, a transition powered by the rise of renewable energy and widespread electric vehicle (EV) adoption. In 2019, only 17 percent of US electricity generation came from renewable sources.

In July 2020, now president-elect Joe Biden unveiled a US$2 trillion green infrastructure and energy plan that will represent a large-scale shift toward renewable energy, with the goal of reaching 100 percent renewable energy by 2035 and net-zero emissions no later than 2050. 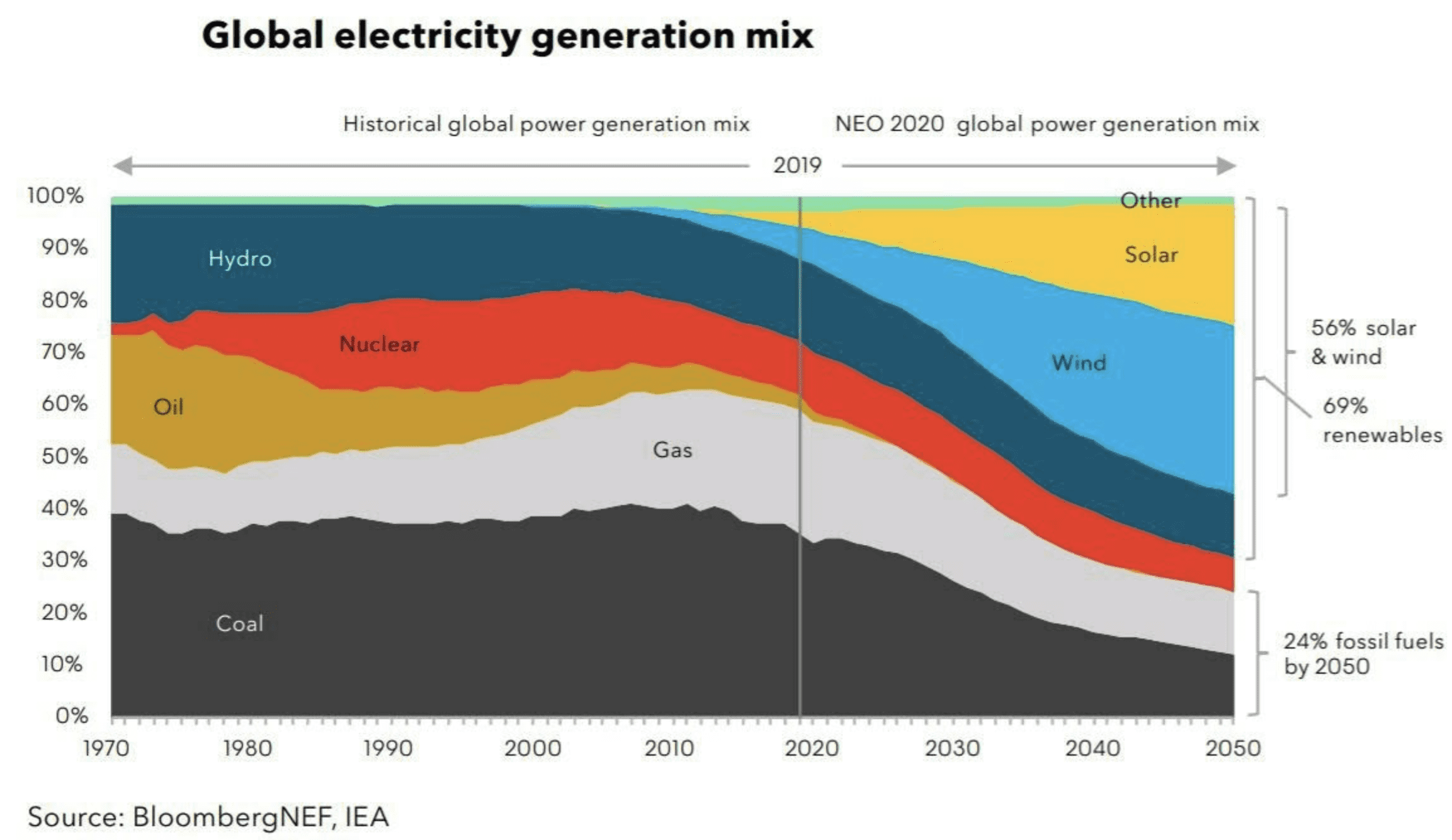 With regards to China, the country is aiming to reach 28.2 percent renewables by the end of 2020. The country’s next five-year plan, to be announced April 2021, is expected to focus on furthering China’s autonomy by prioritizing the development of EVs, autonomous vehicles and other artificial intelligence applications. By 2025, the country is expecting EV sales to represent 25 percent of all car sales.

The global rise of electric vehicles

According to the Organization of the Petroleum Exporting Countries, worldwide reserves of crude oil amounted to just under 1,500 billion barrels. A global consumption rate of 36,719 million barrels per year translates to a remainder of roughly 40 years. EVs represent one of the key technologies that may play an essential role in reducing air pollution in densely populated areas while contributing significantly to greenhouse gas emission reduction and energy diversification objectives put forward by world governments.

According to the International Energy Agency’s Global EV Outlook, an annual publication that analyzes recent developments in the global EV industry, sales of EVs topped 2.1 million worldwide in 2019, a 40 percent increase from 2018. In 2010, only 17,000 EVs were in use around the world, and by 2019, more than 7.2 million EVs are on the world’s roads, 47 percent of which are found in China. The arrival of mass-market models, namely the Tesla Model 3, led to a jump in sales in key markets such as the US.

The EV market is expected to expand even further with the upcoming electrification of buses, trucks and other types of vehicles. A shift from direct subsidies to policy approaches that rely primarily on regulatory measures, including zero-emission vehicle mandates, continue to stimulate EV rollout in major vehicle markets. According to the IEA, in a scenario compatible with the climate goals laid out in the Paris Agreement, global EV stock is projected to grow by 36 percent annually, reaching 245 million vehicles in 2030, more than 30 times above what we see today. In a scenario consistent with today’s government policies, global EV stock will reach 140 million vehicles, accounting for 7 percent of the global vehicle fleet.

Rare earth elements (REEs) include 17 metallic elements on the periodic table. These elements are essential for the construction of a growing variety of technological applications, including many defense technologies. But REEs are perhaps most recognized for their role in the renewable energy industry. Clean energy technologies account for 20 percent of global REE consumption.

Despite their name, REEs are not rare. They can be found in many countries, including India, Australia, Canada, China and the US. While their presence is widespread, large-scale extraction remains incredibly challenging, as each project presents a unique set of characteristics. For example, while the US holds 13 percent of the world’s REE reserves, it contributes only an unprocessed product that goes through finishing and value addition in China. In 2019, China supplied approximately 65 percent of mined REE materials and 85 percent of REE permanent magnets despite holding only 37 percent of the world’s reserves.

While China has dominated the rare earth supply chain for the past two decades, monopolization led to price volatility in 2010, when the country placed export quotas on its rare earth exports, driving the price upwards by hundreds of percent and leading to a 30 percent drop in rare earth oxide production. Despite the World Trade Organization (WTO) ruling against these quotas in 2014, China plans to continue its policy of restricting rare earth exports and has demonstrated the desire to export REE-containing finished products, not raw materials.

In August 2020, China exported 1,642 tonnes of rare earths, a 62.3 percent year-on-year decrease. A worldwide shortage of REEs could have serious consequences for the world’s transition to renewable energy, and increase the reliance on China-sourced technologies. The growth of the EV market, alongside the decline in Chinese production, may lead to rare earth production opportunities in other parts of the world.

Companies such as Medallion Resources (TSXV:MDL) have positioned themselves to play a lead role in the future of diminishing REE supply and rising demand. The company has developed a safe, sustainable and low-cost extraction and production process for mineral sand monazite, a high-grade phosphate mineral that contains up to 60 percent REEs, offering a cost-effective alternative for rare earth production outside of China. There is no shortage of monazite—the mineral is readily available as a by-product of North American, Australian and African heavy mineral-sands operators.

Another global player is Hastings Technology Metals (ASX:HAS), an Australia-based mineral development company whose primary asset is the Yangibana rare earths project, one of the most advanced rare earth development projects in the world. The project, located in the Gascoyne region of Western Australia, is expected to achieve production by 2023. The Mt Weld project, owned by the Lynas (ASX:LYC), is similarly located in Western Australia within the Goldfields region. The company expects its Kalgoorlie plant to be operational by 2023.

Projected growth in the EV market, powered by ambitious policy announcements and new regulatory measures, is expected to place substantial pressure on the rare earth supply chain. Additional demand from the rest of the green economy suggests that sustainable sources of REEs outside of China will be explored to support a large-scale transition to an electric world.

The information contained here is for information purposes only and is not to be construed as an offer or solicitation for the sale or purchase of securities. Readers should conduct their own research for all information publicly available concerning the company. Prior to making any investment decision, it is recommended that readers consult directly with Medallion Resources and seek advice from a qualified investment advisor.