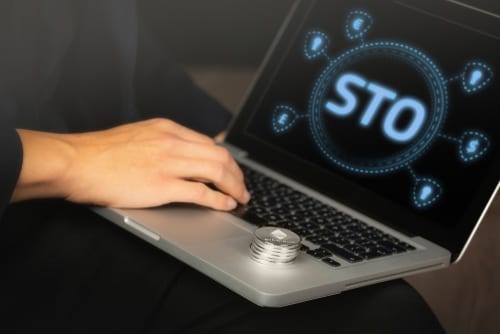 Raising capital with STOs is poised to become the next billion-dollar market in 2019.

After the fallout from initial coin offerings (ICOs) resulting from not following strict securities regulations, raising capital with STOs (security token offerings) that are highly regulatory-compliant may revive the reputation of cryptocurrency in the financial markets.

In January 2019, Estonia-based cryptofirm DX.Exchange launched a blockchain based trading platform that tokenizes shares in a group of 10 Nasdaq-listed companies including Apple (NASDAQ:APPL) and Netflix (NASDAQ:NFLX), effectively putting stocks on the blockchain. Known as security tokens, these blockchain investment products are expected to become one of the key emerging markets to watch in 2019.

The rise and fall of ICOs

Issuing forms of cryptocurrency to raise money is not a new phenomenon. The use of digital tokens for crowdfunding early-stage ventures began a few years back through ICOs. The popularity of this fundraising method reportedly led to nearly $6.6 billion in funds raised in 2017 and an astonishing $21.5 billion in 2018. However, much of that came in the first half of 2018, and the market has seen a decline in ICO transactions since the second half of 2018, as the legality of such financings has come into question.

ICOs are based on the issuance of utility tokens, which are in their truest sense meant for use by two parties engaging in an electronic transaction involving access to goods or services. Unbeknownst to many of the issuers and purchasers, utility tokens are not a legal means of raising capital under securities laws worldwide — meaning the issuers were violating the securities laws of the jurisdiction in which the tokens were issued.

This lack of regulatory oversight or approval for ICOs has led to some questionable practices and has damaged investor trust — counterintuitive to blockchain’s underpinning message of trust and reliability. Hence the need for a better method that can ensure the trading of digital assets as a source of fundraising for both start-ups and larger companies can be legally executed with investors protected under established securities laws.

The STO model, which fits well with the established regulations in most jurisdictions around the world, may provide the answer. These regulations are not new, but the industry has matured and the people enabling these transactions are part of a much more regulated, and licensed regime of service providers.

“2019 is on pace to be a pivotal year for security tokens,” Trevor Koverko, founder of security token issuance platform Polymath, said in a recent Forbes interview.

What are security tokens?

A security, in the financial sense, is any certificate that represents monetary value issued by a corporation with a promise for some future value to the purchaser, and generally that security can be traded in the future. Security tokens are digital certificates giving the holder rights to real-world assets which have been “tokenized” in order to move those assets into a blockchain network. These assets can be anything with economic value — gold, art, jewelry, real estate, or even stocks and bonds. The exchange value of these tokenized assets, or cryptoassets, is managed via a chain of smart contracts for paying and transferring the legal rights to the asset.

Once purchased, a security token represents an ownership in an economic unit of an asset, and can provide an avenue to profit for the holder. For example, if a rare $200,000 painting is tokenized into economic units (i.e. security tokens), worth $20 each, then one token equals 0.01 percent shares in the asset. As the painting increases in value to say $250,000 and you hold 100 tokens, you’ve made $500 on your investment.

One of the most recent STOs was launched by the owners of the luxury St. Regis Aspen Resort in Colorado, who tokenized equity stakes in the resort, successfully raising $18 million.

The key differences between the utility tokens offered in an ICO and security tokens offered in an STO is that the latter are asset-backed, compliant with securities regulations and represent a more stable form of investment than ICOs or other forms of cryptocurrency. STOs are regulatory complaint around the world because they follow all of the same laws required anytime a company issues common shares. As part of this compliance, all activities related to the formation, due-diligence and sale of such tokens to investors are conducted by properly registered brokers and dealers in the country where they are issued.

“We are fortunate that financial securities have very clear definitions, with enormous bodies of case law and precedents behind them, that tell us what the SEC considers a security . . . The beauty of the blockchain is that code can automate a lot of those rules,” said Koverko.

The digital assets on the newly launched DX.Exchange trading platform, for example, are backed by the equity of the 10 Nasdaq-listed firms and the platform is regulated under the European Union’s Mifid II directive reforms to investment services regulation, enacted “to protect investors and increase transparency and confidence in the industry post-crisis,” reports CNBC.

Because security tokens are stored and managed on blockchain networks, any transactions related to their exchange carry all the same blockchain based benefits such as immutability, transparency and traceability.

Security tokens can be issued, tracked and exchanged more easily and securely than common shares. For companies looking to raise funding, STOs could reduce the cost of listing on the stock market. Additionally, besides an equity value, security tokens often also carry a dividend value (based on a percentage of sales, gross profit, or EBITDA), making them more valuable than a conventional common share that does not offer dividends. Security tokens also have benefits for investors over conventional common shares, such as round-the-clock trading capabilities that further enhances convenience and liquidity.

“Security token offerings are a fantastic method of raising capital for companies from both the issuer’s perspective and the investor’s perspective,” said Greg Rubin, CEO of First Bitcoin Capital (OTCMKTS:BITCF). “STO’s work equally well for startups as they do for mature companies, and they also work well for high-tech blockchain companies and for conventional brick-and-mortar companies. ” First Bitcoin Capital recently signed a joint venture agreement with Digimax Global Solutions to facilitate the funding of regulatory-compliant STOs for Western US based clients of both companies.

Combining their expertise from both the token and conventional public capital markets, DigiMax is working to become a world leader in advising companies so they can successfully execute STOs in a 100 percent regulatory compliant manner in any jurisdiction around the world. The company is building a conglomerate of global joint venture partnerships with registered brokers/dealers.

“We believe that STOs are the wave of the future in capital raising. Of the $1.5 trillion raised globally each year, 20 to 30 percent of that could be done through regulatory-compliant STOs,” DigiMax CEO Chris Carl told the Investing News Network.

Other companies in the security token space include Blockchain Capital, the first company to offer a successful and regulatory compliant security token model, and Spice VC, the first tokenized venture capital firm and one of the first security tokens to be traded on a regulated trading platform in the United States.

As more companies embrace the benefits and expediency of raising capital through security tokens and more government regulators begin to support security tokens as an ideal fit for raising money while protecting investors, we can expect to see more STOs popping up in 2019 and beyond. Investors can take advantage of the growth by paying attention to companies in both the tech and financial advising sides in this market.