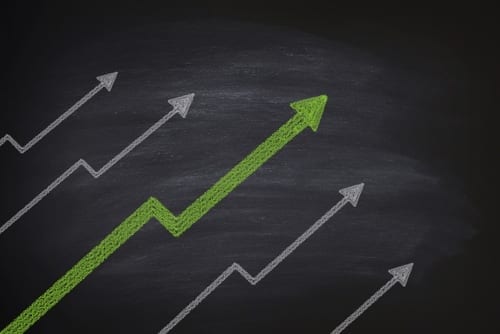 The prospect generator model is the ideal enterprise for the highly capital-intensive and high-risk nature of resource exploration.

The prospect generator model may be one of the best avenues for gaining exposure to potential discoveries while at the same time mitigating the risks associated with exploration-stage projects.

It’s not news to the seasoned resource investor that mineral exploration requires strong capital and an even stronger stomach for risk; but sometimes the risk can pay off big with a well-executed discovery. However, the odds of hitting a wall are much higher than hitting pay dirt.

Even a large claim package in elephant country can turn out to be little more than moose pasture. The deposit could be too small, too low grade, too metallurgically challenging or saddled with a host of other project killing pitfalls. A commonly cited statistic among industry experts is that the probability of a mineralized body becoming a mine is about one in 3,000. This is why major mining companies usually focus most of their exploration budget on expanding resources around their existing mines.

Commander Resources Ltd. (TSXV:CMD) is a resource company that was founded in 1989 and operates under a prospect generator model. The company has developed a portfolio filled with joint venture opportunities, exploration projects, royalties and investments across Canada.Send me an Investor Kit

For a junior resource company, especially in challenging financial climates, the high costs of exploration can make it difficult to advance even a promising project toward development. Shareholders recognize the risk but are attracted by the potential high rewards that come from a huge new discovery. However, the cost to fund these exploration programs can be highly dilutive to those same shareholders.

“Exploration becomes more capital intensive as projects develop,” Rob Cameron, President and CEO of Commander Resources (TSXV:CMD), told Investing News Network (INN). “The early stages of exploration, prior to drilling, are usually the cheapest compared to the drill-intensive discovery stage. The path from discovery to development becomes increasingly expensive as engineering and permitting come into play.”

What is the prospect generator model?

Over the past two decades, the prospect generator model has become the resource industry’s most underrated strategy for minimizing risks while maximizing rewards. Prospect generators acquire prospective land packages with a high potential for a significant discovery, and then carry out the initial pre-drilling exploration work (i.e. geologic mapping, geophysics, geochemistry).

Once the company can successfully outlined an opportunity on a property, the next step is securing joint-venture or option partnerships. These partnerships often grant a major or mid-tier miner the ability to earn a direct majority interest (from 51 percent to as much as 100 percent) in exchange for funding drilling and more advanced (and more expensive) stages of exploration through property and/or share payments. In this way, a successful prospect generator can leverage its exploration expertise to identify quality projects and attract partners with the capital needed to fund further exploration. A company that doesn’t have to go to the markets to raise more funds can keep its capital structure tight.

In effect, these partnerships not only help prospect generators preserve capital and capital structure, and thereby minimize dilution, but they also provide income to build out a sizeable portfolio through the acquisition and early-stage exploration of other projects. These deals typically give prospect generators a position in any future discoveries from the project through an equity position in the partner company or royalties based on any future production. In fact, a growing portfolio of royalties may become the main value driver for the company.

“Because prospect generators focus on this early and cost-effective stage in exploration they can afford to take on multiple projects,” said Cameron. “By joint venturing at an early stage the prospect generator can advance their portfolio with multiple partners exposing shareholders to multiple discovery opportunities.”

It takes real skill to successfully maximize the number of exploration chances while at the same time minimizing the capital expense of testing projects. “The ideal prospect generator generates three or four investment ideas a year and then uses other people’s money to do the heavy lifting of exploration,” Rick Rule, President and CEO of US Sprott Holdings, told INN in a past interview. “This leaves the intellectual capital free to generate new exploration prospects which will in turn be tested again by other people’s money.” The goal is to increase the odds of a discovery by building a portfolio of properties which is basically a bag of lottery tickets financed by other people, he added.

Other big prospect generator success stories include AuEx Ventures, which sold its 49 percent interest in Long Canyon to Fronteer Gold in 2010 for $280 million, leading to the spinout of Renaissance Gold (TSXV:REN). Virginia Gold Mines’ Éléonore gold discovery in Quebec led Goldcorp (TSX:G,NYSE:GG) to an approximately $500 million buyout of the company in 2005, with the spinout new Virginia Mines maintaining a sliding 2 to 3.5 percent net smelter royalty (NSR). Osisko Gold Royalties (TSX:OR) bought Virginia Mines along with the Elenore NSR in 2014.

Commander Resources has developed a portfolio stacked with joint venture opportunities, exploration projects, royalties and investments across Canada, including 8 royalties. Over the years, Commander has partnered with several mining companies such as Anglogold Ashanti (NYSE:AU,ASX:AGG), Teck Resources (TSX:TECK.A), Imperial Metals (TSX:III), Aston Bay Holdings (TSXV:BAY), and Maritime Resources (TSXV:MAE). The company’s portfolio includes a JV with Fjordland Exploration (TSXV:FEX) and High Power Exploration on the South Voisey’s Bay nickel-copper-cobalt project in Labrador; and a 2 percent net smelter royalty on Maritime Resources’ past-producing Hammerdown mine which is expected to re-open within the next three years.

What to look for in a good prospect generator?

How can investors take advantage of the great shareholder value inherent in the prospect generator model? Diversification is key. A portfolio of prospect generator companies that are diverse both in terms of geography and commodity exposure is ideal. At the company level, the key criteria for stock picks is the same with any mineral exploration company: a financially prudent management team with a track record for deal-making success and a proven technical team with discoveries under their belt. “Success in junior exploration is more a function of people than property,” according to Rule. “Most of the value in a company is in the intellectual capital and talents of the people rather than its assets.”

That being said, assets do matter and the more quality “lottery tickets” in their portfolio the better odds for discovery and shareholder rewards. The basics for project evaluation apply here as well: location, geology, permitting, community and environment being the most important.

Another key criteria for evaluating prospect generators is management’s ability to attract prominent industry partners. Not only does the funding from these partners provide help to move projects forward and minimize dilution, but investors can also benefit from the high level of due diligence these major and mid-tier companies are likely to have completed at the property level.

The mineral exploration business is inherently risky. The prospect generator model mitigates some of that risk through JV partnerships that fund the higher-risk and higher-cost stages of exploration and development. This minimizes the dilution of capital while maximizing the potential upside of discoveries. The more successes a prospect generator can achieve, the more they can grow a royalty portfolio or the more attractive they are for a potential buyout, further benefiting their shareholders.

This INNspired article is sponsored by Commander Resources (TSXV:CMD). This article was written according to INN editorial standards to educate investors.

Comments are closed.
×
See our exclusive index of companies on the move
EXPLORE
Tweets by INN_Copper