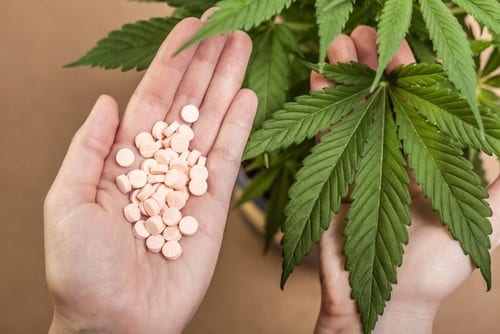 Conventional CBD delivery methods are being enhanced to meet the standards of the medicinal market.

Oral CBD delivery methods are moving beyond the realm of edibles as a result of ongoing research and development efforts from companies in the industry.

Cannabis’ image problem is fading fast. As recently as a decade ago, the idea of medical cannabis was seen by many as a fringe idea and the legalisation of adult-use cannabis was unthinkable. Today, cannabis in Canada is legal for adult-use nationwide and medicinal use cannabis is more readily available than ever before. The popularisation of isolated cannabidiol (CBD), which has many of the medicinal benefits without causing psychoactive impairment, has further increased cannabis’ viability as a go-to treatment for pain relief and more.

However, when it comes to the people on which the plant’s legitimacy as a medicine relies — health professionals writing the prescriptions — medicinal cannabis still has some important hurdles to clear. A survey in the New England Journal of medicine polled 1,446 physicians in 72 countries and of those who stated opposition to medicinal cannabis, the three main reasons were a lack of evidence for the drug’s efficacy, uncertainty about patients’ sources for cannabis and issues with reliable dosing.

Legalization will help cannabis’ case for the first two of these issues. Researchers in Canada will now have far superior access to cannabis for research purposes, and a well-regulated cannabis industry ensures that patients will have access to clean, safe cannabis product. The dosing issue is a little more complicated, but the growing legal cannabis industry is prepared to mitigate this issue as well. As cannabis becomes established as a medicine and an alternative to opioid-based treatments, developments in precision dosing will be key to establishing its legitimacy and convincing more medical professionals to write the prescription in good conscience.

When it comes to cannabis, the issue with dosing has to do with what happens to cannabis after it is ingested. Cannabinoids like tetrahydrocannabinol (THC) and CBD do what they do by attaching themselves to cannabinoid receptors that are mostly located in the brain. In order to reach these receptors, cannabinoids have to pass through a number of biological processes that can break them down, significantly lowering the dosage that actually has an effect on the patient. The proportion of a given substance that has an active effect on the body by entering circulation after ingestion is referred to as bioavailability. Inhaling cannabis vapor — a method often favored by patients looking for fast acting pain relief — has a rate of bioavailability of between just two and 56 percent according to a 2009 study, meaning as much as 98 percent of the active compound could be wasted.

That high rate of dosage variability speaks to another problem with inhaled medicinal cannabis. The habits of the individual cannabis consumer can have a significant impact on dosage. One patient will hold the vapor in their lungs for a longer amount of time than the next. One patient might have a higher lung capacity than the next. Variables like these make it virtually impossible to accurately dose inhaled cannabis.

Cannabis has a bioavailability problem when orally consumed as well. Cannabinoids ingested through the digestive system have to first pass through the liver before entering the circulatory system where the vast majority are broken down. Again, as every individual patient is different, the rate of bioavailability varies widely, ranging between four and 20 percent.

Even when we’re specifically talking about pharmaceutical pills, the specific makeup of an individual pill will have a significant impact on how that pill will perform in the body. For example, with three pills from three different companies, each containing 15 mg of THC but with differing pharmacokinetics, the timing of effect on a patient from each could be wildly different due to their formulation. One could dissolve in the patient’s mouth and get absorbed quickly, causing a rapid effect. Another could be broken down by stomach acid, taking longer for the patient to notice any effects. Finally, a pill designed with extended relief in mind, like those being developed by Canntab Therapeutics (CSE:PILL), could release small doses at a time for a sustained period of effect that could go on for as long as a day. As with other pharmaceuticals, cannabis pills are not a one size fits all solution, but they are a conclusive step towards accurately dosing for the patient’s needs.

There a range of other factors that will have an impact on the effectiveness of cannabis medicine. A patient’s experience with cannabis will play a role as well, with a less experienced user having to start with a low dosage and an experienced user having to compensate for a built-up tolerance. The specific strain out of the thousands of varieties available will contain a different level and combination of cannabinoids when compared with another. All of this combines to create a level of uncertainty that makes many medical professionals uncomfortable.

The uncertainty is one of the main drivers of innovation in the medical cannabis space. Doctors and patients need a way to accurately measure dosage over time with a consistent pharmaceutical solution.

“Not only will this make medical professionals more likely to prescribe medical cannabis products, but, being able to rigorously study the effects of the isolated cannabinoids, researchers will be able to make more concrete findings with fewer variables, further establishing evidence of the efficacy of medical cannabis,” Jeff Renwick, CEO of Canntab Therapeutics, told Investing News Network. “Effective dosage control will help patients avoid side effects associated with intoxications and provide a more predictable and accurate effect. Also importantly, this level of control will put cannabis-based medicine in line with other more established pharmaceutical solutions.”

Companies specializing in cannabinoid delivery are developing solutions to ensure that patients are consuming the same amount of the drug in each dose, while sustaining effective blood cannabinoid levels over a more predictable time period. Looking to serve the health and wellness cannabis markets, Canntab has developed a proprietary solution to address the precision delivery question. Canntab’s XR (extended release) Tablets contain granulated cannabis in a sustained release core and surrounded by a protective coating that protects it from degradation by oxidation and microbes. The cannabis releases slowly, ensuring a consistent dose for 12 to 18 hours. The company has applied for 13 other patents in Canada and the US on a variety of formulations and uses.

NanoSphere Health Sciences (CSE:NSHS) is another company looking to solve the bioavailability problem with a proprietary ‘nano-particle delivery’ system that uses nanotechnology to protect cannabinoids within a phospholipid membrane similar to the membranes that protect cells in the body as they go through biological processes that would otherwise break them down. Harvest One Cannabis’ (TSXV:HVT) Gellpell capsules contain cannabis in gelatin beads that slowly breakdown in the small intestine, ensuring consistent dosage over long periods of time.

Many of the barriers that kept cannabis from becoming an accepted mainstream medicine are crumbling. Legalization ensures that researchers will be able to definitively answer the remaining questions about the promising medicine and companies developing precision dosage are making cannabis increasingly viable in the eyes of medical professionals.