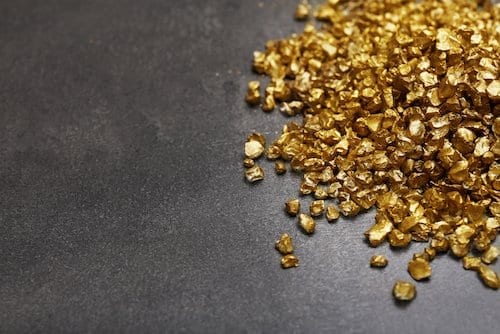 The world’s major gold mines are reaching peak gold and majors are looking to junior gold miners to shore up reserves.

Junior gold miners are playing a significant role in the gold industry as the majors struggle to uncover new discoveries.

Major gold producers know that sustainable production levels are the key to long-term growth, which requires balancing your reserve base with mine output. You must rebuild your inventory to balance the rate of depletion. However, much of the world’s largest gold mines have either shut down or are nearing the end of their mine life and today’s major gold producers like Barrick Gold (TSX:ABX), Newmont Mining (NYSE:NEM) and Goldcorp (TSX:G,NYSE:GG) are finding new gold discoveries to be an increasingly difficult prospect, and are now turning to junior gold miners.

With reserves now being mined much faster than they are being replaced, many are wondering if peak gold is here. Exploring and developing economically viable gold deposits has become much more difficult and expensive — and risky since not many of the unexplored regions are in mining-friendly jurisdictions. To fend off the supply shock, major gold companies are likely to begin focusing on M&A deals as well as strategic partnerships with junior gold companies with economically viable gold projects in mining-friendly districts.

World Gold Council (WGC) analysts have noted in a 2018 gold demand trends report that despite the recent lows in the price of gold, the supply-demand fundamentals moving forward are highly supportive of increased gold prices, which should benefit major and junior gold stocks alike. The WGC cites growing demand from India and China (which together represent 50 percent of the global gold market) as one of the demand side gold supports, along with increasing geopolitical risks, low interest rates amidst rising inflation and uncertainty in the equity markets.

Barrick Gold, which operates three of the world’s most prolific gold mines including Cortez and Goldstrike in Nevada and Pueblo Viejo (40 percent Goldcorp) in the Dominican Republic “is running out of gold,” reports the Globe and Mail. “In the past five years, its reserves – gold in the ground that it can mine economically – have fallen 54 per cent, from 140.2 million ounces to 64.5 million.” Goldstrike, one of the world’s largest gold mines, is nearing the end of its mine life and production is noticeably slowing down. Having produced 2.5 million ounces of gold in 2000, Goldstrike’s output totalled 865,000 ounces in 2017.

Declining gold production is a problem that the Globe and Mail’s Niall McGee acknowledges is not Barrick’s alone. Many of the world’s major gold producers are facing the same dilemma as their biggest producing operations are now shuttered or nearly tapped out. Newmont’s Yanacocha mine in Peru, which produced 3.3 million ounces of gold in 2005, has seen production decline by 84 percent to 535,000 ounces in 2017. Goldcorp’s production has been falling since 2015 with an output of 3.4 million ounces of gold, dropping to 2.5 million in 2017. Goldcorp’s Chairman Ian Telfer told the Financial Post, “If I could give one sentence about the gold mining business…it’s that in my life, gold produced from mines has gone up pretty steadily for 40 years. Well, either this year it starts to go down, or next year it starts to go down, or it’s already going down. We’re right at peak gold here.”

It seems gold is at a tipping point — what analysts and industry insiders are calling peak gold — and we may be on the precipice of a sustained drop in global gold output. We may look back on 2018 as the year gold production started a sharp decline.

New discoveries hard to come by

Barrick’s declining reserves — and that of its major producer peers — are attributed in large part to its lack of new discoveries in the way of the large gold deposits the company built its business upon. “Yes, our reserves are going down. Yes, it’s something we have to deal with,” said Barrick CFO Catherine Raw. “We’re just not finding the big megadeposits that we found in the previous generation of discoveries. The easy gold has been found.”

The number of new global gold mine discoveries has been declining since the early 1980s, according to MinEx Consulting. Even the rising trend in exploration spending over the past decade and a half hasn’t helped to boost the rate of new discoveries.

“The future pipeline is almost devoid of ‘world class’ projects,” said Mark Fellows, Metals Focus Head of Mine-Supply, in the World Gold Council’s Gold 2048 Report. “As the sector evolves, gold production will be sourced from a greater number of smaller operations, or face a sharp contraction in capacity.”

Junior gold companies are the heavy lifters in exploration

One strategy major producers have in replenishing their gold reserves is acquiring, investing in or partnering with junior gold companies, ideally those with local projects near their mills. For one thing, letting junior-stage companies take on the high risks and costs of exploration is an attractive proposition for today’s major gold producers. Even more attractive is finding high quality gold projects in North America’s premiere gold jurisdictions, with mining-friendly policies, well-established local infrastructure and access to skilled labor. Some of the world’s best gold jurisdictions are found in North America, including Quebec and Nevada.

Quebec: one of Canada’s most prolific gold provinces

Quebec ranks sixth in Fraser Institute’s 2017 index of the best mining jurisdictions on the planet. Majors in the area include Quebec’s largest gold producer Agnico Eagle (TSX:AEM,NYSE:AEM), IAMGOLD (TSX:IMG,NYSE:IAG), and mid-tier mine Eldorado Gold (TSX:ELD,NYSE:EGO). Agnico’s Lapa and Goldex mines in northwestern Quebec posted lower production results in 2017 compared to 2016 on lower throughput and lower grades; the Lapa mine is approaching the end of its mine life.

Quebec is home to one of Canada’s most prolific mining hubs: the Cadillac gold trend. Located in the heart of the Abitibi greenstone belt, the Cadillac region has produced more than 50 million ounces over the past century and yet remains far from exhausted as deposits are still being discovered. In fact, the Cadillac area is experiencing a revival in activity, from exploration and development to acquisitions and strategic partnerships.

Last year, Eldorado Gold acquired Integra Gold along with the Lamaque project located near Val-d’Or, with plans to commence commercial production in 2019. Emerging gold producer Monarques Gold (TSXV:MQR) recently acquired a portfolio of Quebec assets from Richmont Mines including the Beaufor Mine and the 1,600 tpd Camflo mill at which the company now offers custom milling services.

In May 2018, Chalice Gold Mines (TSX:CXN,ASX:CHN) moved to expand its position along the Cadillac trend by securing an 80-percent option on Renforth Resources’ (CSE:RFR) prospective package of land located near Chalice’s East Cadillac gold project. Renforth holds two other highly prospective gold properties both located on 1.5 kilometers of the on the Cadillac trend with compliant resource estimates: New Alger near Agnico’s LaRonde mine and Parbec, which sits on the border of the Canadian Malarctic mine. Unlike some of the other properties in the area, these two have been left largely unexplored with limited drilling.

Nevada, where the world goes for gold

Nevada is another attractive gold mining jurisdiction, ranking as one of the top five global gold producers. The state’s three major gold belts — the Carlin Trend, the Battle Mountain-Eureka-Cortez Trend, and the Walker Lane Trend — have given rise to some of the world’s most important gold mining districts. The major players in Nevada’s Carlin Trend are Newmont, Barrick and Kinross Gold (TSX:K,NYSE:KGC).

Barrick’s aggressive stance toward building up its project pipeline has been especially focused in Nevada. In 2017, the company purchased the Robertson Property from junior Coral Gold Resources (TSXV:CLH) for a cash payment of US$15.75 million and a sliding scale 1 percent to 2.25 percent net smelter returns royalty.

The newest emerging gold producer in the state is McEwen Mining’s (TSX:MUX,NYSE:MUX) Gold Bar Mine, scheduled to begin pouring gold in Q1 2019 with a projected production rate of 63,000 ounces of gold annually. Juniors making waves in the area include Fremont Gold (TSXV:FRE), which is breathing new life into the original Gold Bar deposit along with the Gold Canyon deposit, immediately along strike from the McEwen Gold Ridge pit mine.

The world’s major gold producing companies are mining through their reserves faster than they can find replacement ore, leading to calls that peak gold is here. The looming supply shortage may be more of a win for junior gold companies than the majors.

With production levels declining and few new projects in the pipeline, are major gold miners still an attractive investment? Charles Cooper, head of mine economics at Metals Focus, answered this question in an interview with Investing News Network at the September 2018 Denver Gold Forum.

“[T]he question I suppose you would want to ask is, ‘why would I be investing’ or ‘why would I want to look at’ the major mining companies if their production growth is falling … and they’re not returning much money in terms of dividend, or share buybacks to the investor community.” He continued, “the answer is, well, maybe longer term you look at that as a stability factor — you might want to put your money in long-term stability. But at the moment it’s fairly unattractive.” Cooper believes the sector is shifting toward production “growth coming in from the intermediate sector and the junior miners.