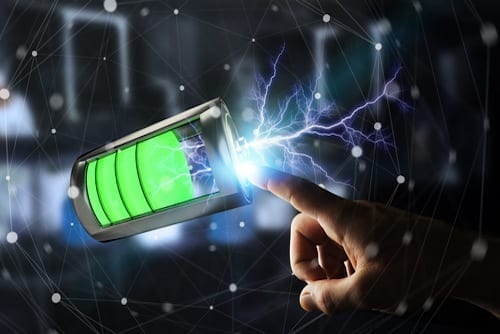 Cobalt is still in the driver seat for electric vehicle, consumer electronics and energy storage markets.

Cobalt’s role as a critical material in the booming electric vehicle (EV) batteries market has been the key driver of the cobalt story—pushing prices up four-fold from 2016 to a peak of US$93,250 per tonne in April 2018, compared to US$13,300 per tonne for lithium.

On the supply side, more than half of the world’s output comes from the politically-unstable Democratic Republic of the Congo (DRC) where child labor and inhumane working conditions have drawn warranted scrutiny from conscientious consumers demanding conflict-free products.

High prices and supply security concerns have led both Tesla’s Elon Musk and global battery manufacturer Panasonic to announce they’re tweaking the chemical composition of their batteries to remove cobalt from the equation. This may seem like a serious impediment to cobalt’s future; however, there is more to the cobalt’s supply and demand story and the metal still has a significant role to play in the future of both battery and electronics markets.

Energy in lithium-ion batteries is stored in the cathode, which is made by forming a base metal oxide skeleton with lithium ions embedded inside the skeleton. It is the base metals used in the cathode chemistry which determines the cost and performance of the battery.

The preferred chemistries for most EV manufacturers have been lithium-nickel–manganese-cobalt oxide (NMC) and lithium-cobalt-aluminum (NCA) batteries. Compared to other chemistries, these are considered to be the most efficient in terms of both power and energy storage. The standard recipe for NMC batteries consists of 60 percent nickel, 20 percent manganese and 20 percent cobalt.

Cobalt is a relatively stable element with high-density conductive and non-corrosive properties that make it ideally suited to more than just EV batteries. In fact, in 2017, about 72 percent of the world’s annual cobalt consumption went to the mobile device market—think cell phones, laptops, and tablets as well as a wide range of consumer electronics such as portable tools and home appliances; the everyday essentials of life in the modern world.

Not only is cobalt used in the rechargeable batteries that power these devices, the metal is also an integral part of electrical components such as semiconductors and integrated circuits. Cobalt can be found in the circuitry of home appliances, and coats the copper wiring of semiconductors in your cell phone. The metal also makes possible the digital storage of information, including documents, photo, video and audio files.

Cobalt has an important role to play in the growing stationary energy storage market as well, which is expected to reach more than US$21 billion globally by the end of 2024. Large industrial and home grid energy storage systems such the Tesla Powerwall, LG Chem’s RESU and the Leclanche Appollion Cube all use NCM lithium-ion battery technology.

Elon Musk’s declaration earlier this year that Tesla may be able to reduce the amount of cobalt in its batteries “to almost nothing” had minimal impact on the market, only shifting equities. In fact, many analysts were able to posit several good reasons for why the cobalt market will remain a strong one.

Chris Berry, founder of House Mountain Partners, told INN at  Mines and Money New York in May 2018 that the quest to minimize cobalt use in lithium-ion batteries is nothing new and Musk is “just echoing what’s happening in the battery space overall.” However, “does that mean that cobalt is now a screaming sell and you should run away because we’re never going to use cobalt in batteries? The answer is no. My sense is that obviously when you think about — like Benchmark Mineral Intelligence has their megafactory tracker — we’ll be building a lot more batteries, they’ll just have a lot less cobalt. Overall I think demand could go up, probably triple from these levels.”

In 2016, lithium-ion battery megafactory capacity reached 30 gigawatt hours (GWh) and is expected to reach 344.5 GWh by 2021 to meet surging demand. And cobalt demand is forecast to grow in lockstep over the coming years. Demand for cobalt in batteries is expected to grow at 14.5 percent per year to 2027 to more than 240,000 tonnes, or double the size of the total market in 2017, said a recent Roskill report.

According to Benchmark Mineral Intelligence,  even in a scenario where by 2026 the number of NCM cathodes with a nickel-cobalt ratio of 8:1 equals 40 percent of the market, the world will still need 180,000 tonnes per year of battery-grade cobalt to match battery demand—triple the amount of battery-grade cobalt produced in 2017.

Cobalt-free batteries may not be feasible for decades

High materials prices and pressure from consumers to source conflict-free supply may be pressuring companies like Tesla and Panasonic to look for cobalt alternatives; but in reality doing so would only lead to lower performance and poor stability—which can have a negative impact not only on battery longevity and chargeability, but more importantly, safety. “To reduce cobalt to such a minor role — the major element involved in stabilizing the battery — brings with it huge risk, especially in the first wave of pure EV models to hit the road when safety scrutiny is at its highest,” said Benchmark Mineral Intelligence analysts in a recent report.

Not to mention the fact that battery companies are years away from engineering a feasible non-cobalt cathode chemistry. “There are still a number of engineering challenges that will need to be overcome in order to be able to use high-nickel/low-cobalt formats for EVs,” Benchmark Mineral Intelligence analyst Caspar Rawles told the Investing News Network. “Whilst there is a big push to move towards NCM 811, the technology still needs to be developed and then rigorously tested to be able to be deployed on a mass scale. This will take time and the transition to the technology will be relatively slow.”

And any reduction in cobalt use will be outweighed by “the growth trajectory that we see in EVs … and we still need a significant supply-side response,” added Rawles.

Most of the world’s cobalt is produced as a by-product of nickel and copper mining in the DRC, which hosts part of Central Africa’s copper belt. The conflict-ridden African nation churns out at least 50 percent of global annual cobalt production, with other estimates going as high as 70 percent, and holds 50 percent of the world’s cobalt reserves. Unregulated artisanal mining–which is plagued with forced and child labor problems amongst other social and environmental issues–represents a surprising one-fifth of world production.

On the political front, the DRC “has a history of political instability and armed conflicts: and “continues to be characterized by high governance risks,” says the US Geological Survey. “The fact that mined cobalt supply is highly concentrated in one country poses high risk  . . . Currently, no alternative country is positioned to increase production to meet global demand if production from the DRC were to be constrained or disrupted.” The USGS also points out that with the world’s biggest cobalt consumer China heavily invested in the DRC cobalt trade, supplies on the international market are further restricted.

There are few stable, conflict-free cobalt regions; however, the world’s premiere mining jurisdictions of the United States, Canada and Australia do host some promising exploration and development-stage cobalt projects. Seeing the opportunity offered by these emerging cobalt jurisdictions, there are a number of companies developing portfolios of cobalt properties. This includes eCobalt (TSX:ECS; OTCQX:ECSIF; FRA:ECO) in Idaho; Fortune Minerals Ltd. (TSXV:FT) in Canada’s North West Territories; and Clean TeQ Holdings (ASX:CLQ,TSX:CLQ) in Australia.

Apple (NASDAQ:AAPL) announced in early 2018 that it’s in discussions with miners, seeking five-year contracts to secure several thousand metric tons of cobalt each year. And there are reports of Japanese and Korean tech and battery companies firing up talks with mine developers outside of the DRC. “We are starting to see the first signs of an arms race to secure long term cobalt supplies,” Joe Kaderavek, CEO of Australia’s Cobalt Blue (ASX:COB) told Reuters.

EV battery makers may be working to reduce their reliance on costly cobalt, but we can expect the metal to remain a critical component of the chemical mix for years to come. And any possible reduction is likely to be outweighed by the massive growth trajectory for not only EV batteries but consumer electronics and energy storage systems as well.

3 responses to “Is Cobalt Still Essential to Battery Technology?”