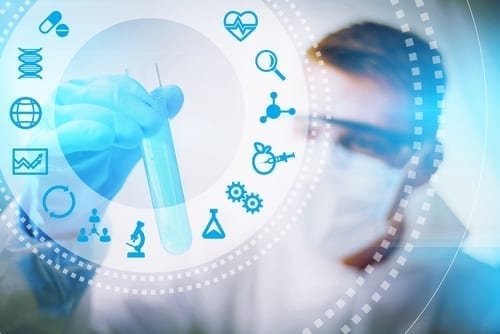 Innovative CBD and cannabis delivery systems are critical to growth in the plant’s medicinal market.

Cannabidiol (CBD) is gaining steam as an opiod-free option for pain relief and more, but today’s top CBD and cannabis delivery systems need to be improved to relieve health professional concerns.

This is why innovative medical cannabis delivery systems will be critical to the market going forward.

One of the biggest developments and innovations to come out of the recent renaissance of cannabinoid based medicine has been the popularization of CBD. For many sufferers of chronic pain and other debilitating conditions who have found relief in medicinal cannabis, CBD offers a solution to the question of what these people are supposed to do when they need that relief but also need to function in their day to day lives.

With more and more jurisdictions allowing CBD every year, either through wider cannabis legislation or as exemptions to anti-cannabis laws, CBD is making incredible headway towards mainstream medical acceptance. At this point, one of the top considerations for this drug is how best to deliver it in a way that is efficient, predictable and reliable.

If CBD is going to meet the potential that it has shown in the medical space, developers need to be thinking about the optimal cannabis delivery systems to meet patient needs. Otherwise, we have an effective natural remedy that physicians will continue to be hesitant to prescribe to the people who it can truly help.

As the market for medicinal cannabis products takes off, the market for CBD has the potential to grow even larger. Currently, it is predicted to grow to US$2.1 billion by 2020, a 700 percent increase from where it was in 2017.

In short, CBD is a chemical compound found in cannabis plants that has been proven to help the body regulate pain, inflammation, anxiety, stress and more. Unlike it’s cousin tetrahydrocannabinol (THC), CBD does not have a psychoactive effect, meaning that it can be used without getting high.

While there’s still a large gap in our scientific knowledge of cannabinoids due to decades of prohibition which made legitimate research nearly impossible, our understanding of CBD and its benefits has come a long way in recent years. As understanding grows, attitudes towards CBD are changing rapidly. High profile news stories about CBD medicine alleviating symptoms of children with severe epilepsy have gone a long way towards shifting public perception in favor of the medicine. In June 2018, the FDA announced its approval for a CBD-based drug meant for patients with severe epilepsy.

The FDA approval has been taken as a signal by some analysts that CBD could soon be removed from the schedule one list of controlled substances. In Canada, with full legalization of cannabis imminent, that move has been made by default. However, even in US states like Texas and Alabama where cannabis is likely to remain illegal for some time, exemptions have been made allowing CBD to be brought into the state and possessed by patients with severe conditions. At this time, only three US states have wholesale prohibitions against CBD.

Still, many health professionals remain wary about prescribing CBD medicine, and their reasoning stems in large part from a few unknowns in regards to how the drug should be taken and delivered.

Why we need cannabis delivery systems

The challenge with CBD as a prescription medicine comes from the fact that the most common methods for use today are less than reliable when it comes to prescription dosing. Tinctures of oil are one of the most common methods of CBD use, but it’s difficult to accurately measure out a dosage from the dropper or the bottle. Additionally, the potency per milligram varies across the range of brands and may not be consistent even across different batches of the same brand.

Vaporising CBD oil comes with many of the same problems as oral consumption, as does smoking dried bud, which has the added drawback of adverse effects on the lungs. The added issue with inhaled CBD comes from the fact that every consumer is going to hold the vapor or smoke in their lungs for varying amounts of time, making dose control even more difficult.

Even when the dose being put into the body is measured with one hundred percent accuracy, it’s still difficult to account for what happens to the substance after it has been adjusted. Whether the product is inhaled, taken orally or taken topically, it still has to travel through the bloodstream before making it to the brain. As any substance passes through the bloodstream, it is broken down and stored in fat cells. This means that, using any of these conventional methods, the amount of CBD that actually makes it to the endocannabinoid system is much lower than the dosage taken.

If CBD is to be adopted by the mainstream medical community as a common prescription, the question of effective delivery needs to be answered.

PreveCeutical Medical (CSE:PREV, OTCQB:PRVCF, FSE:18H) is one of the companies looking to answer that question. The company is developing a Sol-gel system for slow, controlled CBD release directly from nose to brain, bypassing the bloodstream and ensuring that the cannabinoids are not broken down before delivery to the brain. As an example of cannabis delivery systems, the Sol-gel technology enters the nose as a liquid but turns to gel upon contact with mucosal tissue and slowly releases a steady dose for up to seven days.

Nanobiotechnology company NanoSphere Health Sciences (CSE:NSHS) is developing a technology that encases transdermally ingested cannabinoids in a phospholipid membrane very similar to the membranes that protect cells in the body, allowing them to pass through the bloodstream without being broken down. Swiss-based medical cannabis company Satipharm, owned by Canadian company Harvest One Cannabis (TSXV:HVT), has developed Gellpell® capsules that contain 2-millimeter-long gelatin beads containing concentrated cannabinoids. The capsules dissolve in the small intestine, distributing the gelatin beads and creating a micro-emulsion with a high level of bioavailability. Meanwhile, Lexaria Bioscience (CSE:LXX,OTCQB:LXRP) is working on technologies that improve the bioavailability of cannabinoids in cannabis-infused edibles.

There’s no room for guesswork in medicine. In order for CBD-based treatments to catch on among health professionals as a go-to prescription for pain relief and other afflictions, health professionals need to be sure that the product can be administered in a way that is precise. This is why technologies that allow health professionals to know accurately how much CBD is making it into the brains of their patients are a critical step in the development of cannabinoid-based medicine.

As technologies that make cannabis delivery systems more efficient with more predictable effects on the body continue to hit the market, we can expect CBD and other cannabinoids to become a fixture of pharmaceutical pain relief and more.

One response to “Special Delivery: CBD and Cannabis Delivery Systems”