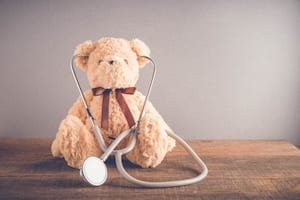 Solid evidence for the use of cannabinoids in epilepsy is cause for optimism about the future of medical cannabis.

In 2015, Australian millionaire Barry Lambert made the bold move of donating US$34 million to the University of Sydney to review the impact of medical cannabis on epilepsy. At the time, Lambert was said to have gone out on a limb, putting himself in the crosshairs of conservative politicians and police. But he did it on behalf of his grand-daughter, who had come down with a rare, drug-resistant form of epilepsy.

“It’s about doing the right thing,” Lambert told Australia’s Financial Review in 2016. “There are all these uses for cannabis but, because it’s illegal, it’s never been researched. Sydney Uni was putting its neck on the line.”

Results from the major clinical trial were published in the May 2017 issue of the prestigious New England Journal of Medicine. The study featured 120 children and youth with Dravet syndrome — a rare form of epilepsy thought to be caused by a genetic mutation. The study represents the forefront of a new style of drug R&D targeted at relatively small populations of high-need patients unresponsive to conventional medicines.

Between one in 20,000 to one in 40,000 people suffer Dravet, with 5,440 known to have the syndrome in the US. The condition starts in the first year of life in otherwise healthy children. Chronic seizures, which carry on for life, usually lead to serious intellectual disability, on top of an elevated chance of early death, and other negative health effects.

Most patients with Dravet manage seizures with a cocktail of drugs. But many antiepileptics work poorly for Dravet. Some don’t work at all. And there are dangerous side effects. Patients and families, desperate to help their children, search for alternatives.

Cannabis has been in use for hundreds of years for the treatment of seizures. But only recently, as prohibitions on cannabis have loosened, have scientists and big pharma started investigating cannabis’ purported medicinal properties. Some 25 US states now approve the use of medicinal cannabis for conditions including arthritis, Parkinson’s, Crohn’s disease and Alzheimer’s. But acceptance of medicinal cannabis for use in epileptic children has been slow.

“Many state legislatures have responded to the pressure from lay groups and have legalized medical cannabis, which is now available to the majority of the people in the United States,” wrote two American epilepsy specialists in a special May 2017 issue of Epilepsy & Behaviour, which shares the same publisher as The Lancet.

However, they added: “There is an enormous disassociation between the widespread use of cannabis-based therapies to treat diverse epilepsies and our understanding about [its] efficacy and safety [for] different epilepsy syndromes.”

CBD has been suspected to have seizure-suppressing properties for a while, and is known to have no ‘high’. It comes from a different part of the cannabis plant than its primary mind-altering molecule: Tetrahydrocannabinol (THC). CBD is used as an active ingredient in a couple of drugs. These include Sativex and Epidiolex. The latter is an Orphan drug, FDA-approved for test use in Dravet patients.

The recent clinical experiment on Dravet involved the gold standard for such trials — a randomized double-blind study with a placebo. Neither participants nor researchers knew who got the experimental drug or a fake placebo.

In their final findings, researchers found convulsive seizures decreased by close to half (from 12.4 to 5.9 seizures per month) in the group who received CBD. Five percent of participants from this group also stopped having seizures entirely.

One of the study authors, University of Melbourne Chair of Pediatric Neurology and Australian Health Director of Pediatrics, Ingrid Scheffer, was careful to qualify the results. Scheffer was on the public record, telling a reporter in 2016 she would not recommend cannabis for epilepsy treatments because of its unproven benefits and untested side-effects.

Indeed, the trial drug results showed patients experience mild-to-moderate side effects, including diarrhea, vomiting and fatigue — as well as abnormal liver function test results (which the team later reduced with dosage adjustments). The drug also had no visible effect on non-convulsive forms of seizure.

Nevertheless, Scheffer, in a clear break with past statements, praised the 2017 study as a “breakthrough”:

“If you can render any child or adult seizure free, that’s huge. It could contribute to stopping any further deterioration, or help development in a positive sense,” she said. “There have been anecdotal reports in the past, and people with firm beliefs that it works in epilepsy, but this is the first time it’s been proven.”

One of Scheffer’s colleagues, Dr. Samuel Berkovic, gave a similar response, publishing his thoughts in an editorial “Cannabinoids for Epilepsy — Real Data, at Last” published in the same issue as the clinical trial results.

“After an era dominated by anecdote and obfuscated by medicolegal issues and emotionally infused debate, more scientific studies are underway,” wrote Berkovic, a professor Laureate from the University of Melbourne, and a co-discoverer of the first epilepsy-causing gene.

The controlled trial by Scheffer et al., he said, was a “welcome development”. It showed the “effectiveness of cannabidiol in treating Dravet” and was the beginning of “solid evidence for the use of cannabinoids in epilepsy.”

The future now looks bright for medicinal cannabis companies looking to develop patented drugs. Scheffer said study of CBD and Dravet “does give cause to be optimistic about further research use. It also raises a lot of questions, not just in terms of the treatment of epilepsy, but where else [cannabidoil] could be applied medicinally.”

This article was written according to INN Editorial standards to educate investors.

5 responses to “Medical Cannabis an Effective Treatment for Childhood Epilepsy”