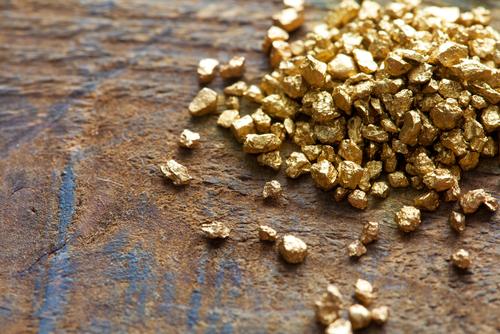 Over the past 10 years, Western Africa’s Senegal Mali Fault Zone (SMFZ) has become a considerable hotbed of mining activity.

As major mining companies and juniors alike take notice of some of the massive finds in the SMFZ, merger and acquisition (M&A) activity is beginning to heat up in the region. Junior miners in particular may benefit from the significant upside of properties located in close proximity to mines owned by some of the world’s largest mining companies.

The SMFZ runs through the western portion of Mali, a nation recognized as Africa’s third largest gold producing country thanks to this megastructure’s mineral rich geology.

While the SMFZ was formed at the same time as most of the gold belts in West Africa, the structure’s considerable size has helped it become a prolific gold producer. The SMFZ hosts some of the biggest gold mines in the world, generating revenue of approximately US$1.2 billion in 2015. The well-known gold districts of Sadiola and Loulo, which contain some of the African continent’s largest gold deposits, are both found along the SMFZ.

“The geology of West Africa is very similar to that of some of the world’s other premier gold districts, such as those found in Ontario, Quebec and Western Australia,” said Desert Gold Ventures (TSXV:DAU,OTC Pink:DAUGF,FWB:QXR2) President Jared Scharf. “Annual production in this region is hitting upwards of 9 million ounces of gold.” Desert Gold is developing three high-grade gold properties along or near the SMFZ in close proximity to some of the region’s largest operational mines.

A growing number of mining companies have explored Mali for gold in recent years. The SMFZ has been the site of many significant gold discoveries by these companies, including the Loulo, Gounkoto, Tabakoto, Segala, Sadiola, Yatela and Fekola mines. The majority of the large deposits found in the SMZF region are compatible with open pit operations, enabling low-cost mining.

In terms of mid-tier companies, B2Gold (TSX:BTO,NYSEAMERICAN:BTG) is one of Mali’s most recent success stories. The company acquired the Fekola project in 2014 for US$550 million, spending another US$450 million on construction and US$50 million on exploration. Fekola is projected to have a long mine life, with the ability to produce significant amounts of gold at a low cost. During its first full year of production in 2018, the mine produced 439,000 ounces of gold at an all-in sustaining cost of about US$600 an ounce.

Global gold production reached an all time high in 2017 despite the funding constraints of a challenging market environment. Output levels are expected to drop off in the near future as reserves diminish, grades decline and the amount of new discoveries decreases.

“Around the world, mine supply for gold is declining. Many of the world’s largest gold mines have either shut down or are approaching the end of their mine life,” said Scharf. “At the same time, demand is expected to rise, which will have a positive impact on gold prices over the longer term.” The World Gold Council recently reported that growing demand for gold from both India and China — which together represent 50 percent of the world’s gold market — alongside rising inflation, increased geopolitical risks and uncertainty in some equity market sectors, are all highly supportive of increasing gold prices.

Major gold producers are looking to take advantage of that long-term price growth by rebuilding their inventories through M&A, a less expensive alternative to expanding gold reserves through exploration. “Even in a very depressed gold market, there’s been a flurry of M&A activity,” added Scharf. As part of its US$18.3 billion merger with Randgold Resources in September 2018, Barrick picked up the Loulo-Gounkoto complex, the largest producing gold mine in Rangold’s portfolio.

Analysts are calling for more M&A deals to follow. “I’m sure [these mergers] will spur more deals in the upcoming months as other companies try to keep pace with the now two gold sector behemoths,” Brian Leni, founder of Junior Stock Review, told the Investing News Network (INN). “Mix an M&A rush with a strong gold price and 2019 could be a very interesting year for gold investors.”

While big rival companies can be the target of such activity, M&A deals and strategic partnerships with mid-tier and junior mining companies offer another route for major gold companies to replenish their mining supply. In a recent INN online poll of our investment community-based audience, 68 percent of respondents agreed that the gold sector could see increased M&A activity among juniors and mid-tier companies in 2019.

Major gold discoveries are contributing to declining reserves experienced by most of the world’s major gold producers. This offers a potential opportunity for junior mining companies capable of making the next big discovery. Given the underexplored nature of the SMFZ‘s resource-rich geology and proclivity for large deposits, the region has significant potential.

“There is real opportunity for investors in the handful of junior companies with $5 million to $10 million market caps that are sitting on very interesting properties within 10 to 20 kilometers from the assets of multibillion-dollar market cap companies,” said Scharf.

As mine supply and grades continue to decline alongside rising demand, investors can expect to see a lot more M&A activity in 2019 and beyond. Although the big headlines will be focused on the prospect of more mega mergers like Barrick and Rangold, it’s the juniors and mid-tier companies that will ultimately supply the most production growth for major gold miners. Gold rich regions like West Africa’s SMFZ are experiencing the early days of a M&A gold rush.

Tags: TSXV:DAU
×
See our exclusive index of INNspired companies on the move
EXPLORE
Tweets by INN_Gold