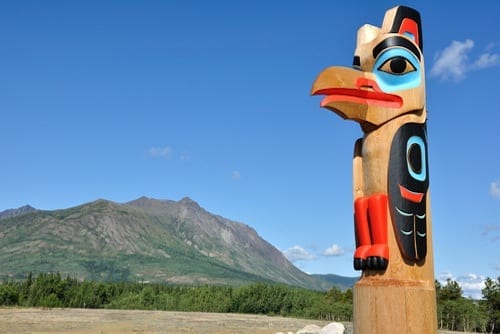 From explorers to producers, resource companies operating in Canada are realizing the importance of First Nations engagement in building strong, mutually beneficial partnerships.

From explorers to producers, resource companies operating in Canada are realizing the importance of community engagement in order to build strong, mutually beneficial partnerships.

Newmont Goldcorp’s (TSX:NGT,NYSE:NEM) Coffee project in Yukon’s White Gold District, for instance, which is now under review by the Yukon Environmental and Socio-economic Assessment Board, probably wouldn’t be able to reach commercial production without the blessing of the Tr’ondek Hwech’in First Nation.

“First and foremost we want to ensure that the project is environmentally sustainable,” Tr’ondek Hwech’in Chief Roberta Joseph told CBC News. She also said that then-Goldcorp was receptive to their concerns, especially in regards to water. “And we need to have a clear understanding of the environmental, cultural and heritage impacts of the project … to ensure we’re making good informed decisions.”

The proposed large-scale gold mine lies within the Tr’ondek Hwech’in traditional territory and has the potential to employ hundreds of community members. Goldcorp signed a collaboration agreement with the First Nation group around issues such as respectful community engagement, capacity building for First Nation citizens and environmental protection commitments.

Effective community engagement is the first pillar of First Nations relationship building and a key first step in any corporate social responsibility program. This requires understanding that First Nations are not merely stakeholders in a resource project; in many cases, they are established governments whose laws and authority over the land must be acknowledged and respected. For First Nations, the concepts of consultation and consent are important features of the engagement process. It’s not about trying to take a position of power over another party, but rather starting at a place of mutual respect.

However, it can’t be stressed enough that First Nations community engagement activities are not an obstacle, but an opportunity. It’s not politics. It’s good business. Early, effective engagement can lead to streamlined assessment and regulatory processes as well as secure local labor and suppliers.

“The belief that the company operates in isolation leads to future problems. If we as exploration companies engage the community from the beginning we solve our own problems,” Janet Lee-Sheriff, CEO of Golden Predator Mining (TSXV:GPY), told the Investing News Network (INN). “Then you get an added benefit of bringing the community along with you because if one day you have a mine you will need that community. Better to involve them right from the start. Early and often pretty much sums it up along with maintaining respect at all times. When the ground is fertile, much will grow.”

Golden Predator is a gold exploration company with Yukon based projects, including 3 Aces and Brewery Creek. In 2012, the company signed a Socio-Economic Accord with the Tr’ondëk Hwëch’in First Nation, whose traditional territory hosts the Brewery Creek project. In 2019, the Tr’ondek Hwech’in passed a formal Council Resolution in support of resumed mining and processing at the Brewery Creek Mine under the existing licenses. In 2013, the company also signed an Exploration Agreement with the Kaska First Nation, whose traditional territory encompasses the 3 Aces property.

First Nations community engagement helps companies determine the needs of the community, and capacity building helps the community provide for those needs. Resource companies can’t just have a few consultations with First Nation leaders, check off the box and then go on with their plans. Socio-economic partnerships with First Nations are much more than just a means to obtaining regulatory permits; they also provide companies with labor solutions, business development opportunities and access to contracts.

Many of Canada’s First Nations communities are in close proximity to one or more resource projects, ones that are under exploration or in production. The Ministry of Natural Resources says the industry is the largest private-sector employer of First Nations in Canada, totaling about 11,000 people. This number is due in large part to the approximately 400 collaboration agreements between resource companies and First Nations governments throughout the country.

These agreements are designed to promote cooperative, mutually respectful relationships and to ensure that leaders and other members of the community have been properly consulted regarding any activities to be undertaken in their traditional territories. Such agreements not only put in place safeguards for the environment such as monitoring programs, but they also include commitments for capacity building such as specialized job training and education, employment, business development and contracting opportunities, all of which make resource projects the source of long-lasting benefits to local First Nations communities.

Well-executed capacity building also has many advantages for resource companies and their projects, especially when it comes to two of the most important goals: de-risking projects and building shareholder value. Capacity building is based on reciprocity, which strengthens relationships and leads to greater project success. “They want the opportunity to build wealth from mining and exploration, and bringing people in early allows opportunities to develop,” said Lee-Sheriff, who has been working and living in the Yukon for three decades.

A lack of understanding between First Nations and the resource industry is probably the biggest challenge to overcome both in terms of engagement and capacity building. The key is thinking outside of the box to develop ways for the two sides to come together and share information.

Since 2016, Golden Predator’s workforce onsite at 3 Aces has consisted of 50 percent Kaska and 75 percent Yukoners. In 2018, the company had an employee retention rate of 90 percent, which Lee-Sheriff credits in large part to the Kaska Nation Elders in Residence program initiated in May of that year. The program involves Elders from the Ross River Dena Council and Liard First Nation living and working at the exploration camp. “We’ve learned so much through this program, including some of the Kaska language. We’ve learned about the traditional use of the area, and they’ve offered us advice on staffing issues and what they want to see in developing towards a mining project,” said Lee-Sheriff. “They’ve learned about our exploration and how we conduct ourselves every day. Having Elders at site all season has changed the dynamics of a remote isolated camp for everyone.”

The program was first suggested to Golden Predator by Mary Caesar, a Kaska Elder from the Liard First Nation and the winner of the Women in Mining Canada 2019 National Indigenous Trailblazer Award, who told INN that it’s important for the Kaska Elders to be acknowledged by the resource company partner and to be able to teach the staff about the Kaska culture and traditional ways. “It has been a positive program and initiative for the Kaska Elders, youth and members to participate and be involved in the exploration process.”

Stewards of the land: A shared responsibility

Environmental protection might be the most important pillar of First Nations partnership building. A project’s environmental footprint can have implications for traditional fishing and hunting activities when wildlife processes are disturbed, such as caribou calving and migration, and fish spawning windows.

Being stewards of the land for centuries, First Nations are very much concerned with the long-term intergenerational impacts of resource projects on the environment. Resource exploration companies need to acknowledge and respect these values for the benefit of their projects and their investors’ best interests.

“The Kaska Nation has the big picture in mind at all times concerning what is happening on the land and to its people and our project is one aspect of all that that they have to manage,” said Lee-Sheriff. “If you remember that role in the big picture you better understand the questions and concerns and how to address them. Mining is needed for employment for the youth and business development, but it has to fit in with environmental considerations. It’s about balance.”

The goal is to enjoy the benefits of the land, which includes minerals, in a manner that respects the land and the people that are a part of it. “The responsibility of the mining companies is to keep the land as clean as possible without chemicals and toxins that could contaminate and harm the land and the wildlife,” said Caeser.

One way exploration companies can accomplish all three goals of engaging, capacity building and protecting the environment is by implementing First Nations-based environmental monitoring programs. In August 2017, Golden Predator began a preliminary monthly baseline water quality monitoring program at 15 different sites at 3 Aces with the help of Kaska citizens. These samples are analyzed for metals and other chemicals to determine what the water quality is in the rivers and streams before the start of any development. In March 2018, the company hosted the Dena Kayeh Institute, which is part of the Kaska Nation, at 3 Aces. The Dena Kayeh Institute received training funds through the Indigenous Community-Based Climate Monitoring Program to conduct training in climate monitoring.

Canada’s First Nations have shown a willingness to work with resource companies and support exploration and mining projects as long as their values, traditions and stewardship over the land is respected. For resource companies operating in Canada’s First Nations territories, early community engagement and socio-economic agreements are key to de-risking projects and attracting investors.

This article was originally published by the Investing News Network in November 2018.