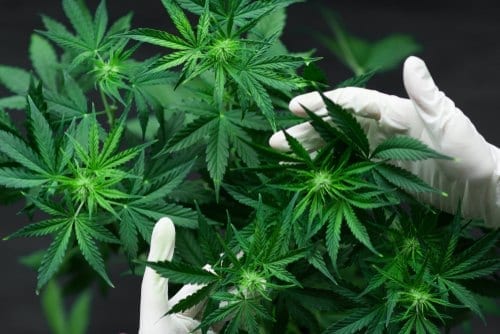 Commercial cannabis cultivation technology is developing fast in an era of legal cannabis.

We’ve entered into a period of unprecedented innovation in cannabis solutions and commercial cannabis cultivation technology.

When we consider that most advancements in cannabis cultivation technology over the past century were carried out by people working in a black market and under the limitations of very limited resources, they’re actually pretty remarkable. It’s a new era for the cannabis business, however, and now that the plant is being grown in state of the art facilities rather than basements, the industry is finally free to make up for lost time and develop the next generation of cultivation technology.

The early days of cannabis legalization in Canada as well as 10 (and counting) US states have brought with them an unprecedented wave of cultivation innovation that will improve the consistency, quality, size and cost efficiency of cannabis yields.

It’s a good thing too, because cultivation advancement is going to play a pivotal role in meeting the extreme cannabis demand. In Canada, the only ‘Western’ nation to legalize on the federal level so far, the cannabis industry is facing massive supply shortages that are expected to last for years.

According to data from ArcView Market Research, Canadians are likely to spend over $3 billion on cannabis in 2021. With the Canadian market seeing an incredible compound annual growth rate of 77.9 percent from 2018-2021 the industry could be worth as much as $8.7 billion by the end of that period. Globally, the legal cannabis market is expected to reach $146.4 billion in 2025 according to Grand View Research. The industry is clearly not capable of meeting this kind of demand as of yet, and so there is a very strong need for cannabis cultivators to produce high yield crops while preserving the consistency and quality of the product.

One of the most visible advancements in cannabis cultivation is a shift in grow lighting. For decades, the industry standard lighting used for cannabis cultivation has been metal halide lights for the early growth stages and high pressure sodium lights for plants for the latter stages. These lighting setups are highly energy intensive. In the past, more efficient LED systems have lacked the variance along the color spectrum to serve as suitable alternatives. In recent years however, LED lighting systems have come a long way. Specially developed LED systems now not only provide the type of light needed for cultivation but also allow growers to adjust the light output at various stages in the growing process and for development of specific traits such as high CBD production over THC. LED grow lights can reduce energy consumption by as much as fifty percent and while these setups are still significantly more expensive than conventional grow lights, the cost is beginning to fall.

The use of data-capture tech to optimize operations is changing the face of industries across the board, and cannabis is no exception. The use of internet of things enabled devices are being used throughout the cannabis supply chain. At the cultivation stage, sensors are implemented to monitor variables like lighting, temperature, humidity, carbon dioxide levels, water levels and more. These smart sensors allow adjustments to be made automatically and on the fly, ensuring ideal conditions and collecting valuable data that can be used to generate insights for further optimization.

The soil that cannabis is grown in has a huge impact on the quality of the product. This is why agritech companies have been putting significant resources into developing the perfect soil for growing cannabis, formulating the perfect pH level, texture, nutrient makeup and and water retention specifically for the cannabis plant. The ideal soil will not only be engineered for cannabis hospitality but also to reduce wasted water for cost saving and sustainability.

Canadian company Progressive Planet Solutions (TSXV:PLAN) is one company looking to advance engineered soil specifically for the cannabis industry. In partnership with InnoTech Alberta, Progressive Planet Solutions is currently testing the efficacy of adding zeolite to soil used for cannabis cultivation. Because zeolite absorbs and retains water and has a high capacity for ion exchange, the mineral is likely to be useful for reducing water wastage and helping the soil to retain nutrients. The result could be a faster growing, more disease resistant cannabis plant with less water required from the grower.

Cannabis cultivation innovation goes well beyond the use of soil as well. Cannabis has spurred significantly increased innovation in the world of vertical farming techniques. Hydroponic growing systems, in which plants’ roots are suspended in water in lieu of soil are not exactly new or groundbreaking having been used by legal and black market growers for decades. However, in the legal era, growers and agritech companies alike have been able to further develop these systems to use less water and to deliver nutrients more efficiently.

Hydroponics are only one form of vertical farming being used and developed in the cannabis space. James E. Wagner Cultivation (TSXV:JWCA) is one of a few companies betting on aeroponics. Originally conceived in the 80s and further developed by NASA in the 90s, aeroponic systems forgo both soil and water submersion and instead suspend plants by the stalk allowing the roots to dangle in the air. The roots are then regularly sprayed with a nutrient-rich atomized mist by automatic nozzles. This method of cultivation has the advantages of hydroponic growing while also using even less water and taking up less space, allowing growers to grow larger yields.

Pure Global Cannabis (TSXV:PURE,OTCMKTS:PRCNF,FWB:1QS) is taking vertical cannabis cultivation a step further through the company’s proprietary ‘multi-ponic’ system, which is a hybrid between hydro, aero and three other vertical farming systems. Pure Global’s system is the first of its kind in Canada and according to the company’s master grower Dr. Nader Gheshlaghi, the system will allow Pure Global to grow three times the yield of cannabis as other comparatively sized grow systems. Gheshlaghi says that through better utilization of space, a closed loop water system that circulates nutrients evenly to all plants, and consistent space and light distribution, his system will ensure consistent quality aside from genetic differences across the entire yield.

The ongoing spread of cannabis legalization has brought on a massive wave of advancement that is transforming the art of cannabis cultivation and the wider vertical farming world. As the cannabis industry fills up with more and more players, it’ll likely be the ones who strive for the cutting edge, giving themselves advantages in quality, efficiency and more that stick around for the long term.