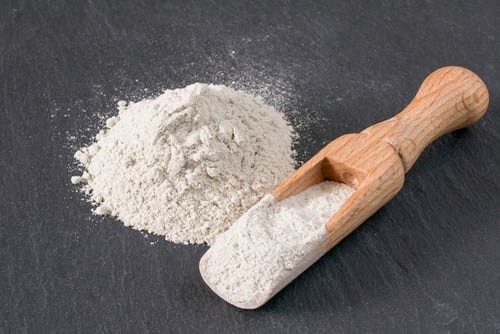 Most investors have probably never heard of this specialty commodity nor do they know much about its economically important applications across a range of industries, including wastewater treatment, aquaculture filtration and cannabis cultivation.

The global zeolite market totaled more than $26 billion in 2017 and is expected to grow at a CAGR of 4.1 percent over the next decade to reach more than $37 billion by 2026. The factors driving this market growth are increasing demand for products in the agricultural and environmental sectors as well as advancements in research and development for new zeolite uses.

Progressive Planet Solutions Inc (TSXV:PLAN) is a Canadian company dedicated to the exploration for and development of industrial mineral deposits.Send me an Investor Kit

A natural mineral found in ancient volcanic ash and sedimentary rocks, zeolite is an adaptable, flexible and environmentally-friendly material.

Known for its stability, zeolite can withstand high pressure as well as temperatures of up to 1,000 degrees Celsius; it won’t dissolve in water or oxidize in the air. High surface area charge density and high cation exchange capacity gives zeolite the ability to absorb and bind to a broad range of materials. The mineral owes its highly absorptive and stable properties to its unique honeycomb structure perforated by microscopic pores which allows it to trap other molecules inside.

First discovered in 1756 by Swedish geologist Axel Cronstedt, zeolites are aluminosilicates with a three-dimensional crystalline structure made from the element’s aluminum, oxygen, silicon and various alkaline-earth minerals including sodium, potassium and magnesium.

The relatively open configuration of the structure of zeolite includes pores, or cavities, which can hold molecules of water. They can also gain or lose water molecules easily in a process called reversible dehydration. Acting as what’s known as a molecular sieve, these pores can also let smaller molecules pass through while trapping larger ones. This allows zeolites to act as natural filters.

What is zeolite used for?

Zeolite can be used in raw unprocessed form or processed into specific sizes ranging from course granular products to ultra-fine zeolite powder depending on the application. Organic and non-toxic, it can be used safely around the home and businesses without harmful effects to humans or animals.

The unique zeolite structure makes it ideally suited as an easy and economical solution to challenges faced across many of today’s industries, but especially in the environmental and agricultural sectors.

Materials for a cleaner world and a green economy

Waste water treatment is a major focus of environmental regulations around the world. Alongside the rise in global industrialization and the push for cleaner more sustainable industry practices, the overall wastewater treatment chemicals market is projected to grow at a CAGR of 6 percent from $42.23 billion in 2017 to $56.57 billion by 2022.

Zeolite’s ability to act as a natural water filter — removing ammonia and other toxins from water and soil, minimizing runoff and absorbing odors — makes it an ideal material for managing waste water economically. It can effectively remove excess nutrients such as nitrates, nitrites and phosphorus, which can have disastrous effects on the environment, as evidenced by the dead zones accumulating in watersheds across the United States including Chesapeake Bay. The US government spends $114 billion each year on wastewater treatment, with nutrient removal as the main cost driver.

Agriculture and the other green economy

Zeolite has many applications throughout the agricultural industry, including odor control, as well as toxins and moisture management in animal bedding and municipal composting, animal zeolite supplements, as a grow medium in greenhouses, and as a high-value fertilizer for outdoor crops. Between 2018 and 2023, the global fertilizer market is expected to grow by a CAGR of 3.8 percent. The increasing push toward cleaner more sustainable agricultural practices is leading organic crop cultivators to avoid chemical fertilizers, that often lead to pollution and soil contamination, in favor of more environmentally-friendly alternatives.

The biggest opportunity for growth in this sector is presenting in another booming green market: cannabis cultivation. Brightfield Group estimates that the global cannabis market will surpass the US$ 30 Billion mark by 2021. Research is already underway for ways in which zeolite may help to improve plant quality and increase crop yields for hemp, a member of the cannabis sativa plant family.

Growth in new zeolite applications over the past few years has been driven mainly by continued research and development. “Current technology now allows for compounding zeolites into specific products as well as surface modifying zeolites to increase capacity for application in removal of various levels of toxicity from water, soils and air,” Steve Harpur, CEO of Progressive Planet Solutions (TSXV:PLAN), told Investing News Network.

Progressive Planet Solutions has partnered with InnoTech Alberta to conduct a comprehensive zeolite efficacy trial using hemp plants and grow mediums containing zeolite from Progressive Planet’s Z-1 zeolite quarry in BC, Canada. The study will also look at the benefits of zeolite to the plant and soil as well as its water conservation properties.

Where is zeolite found?

Zeolite deposits occur in many countries across the world, including China, South Korea, Japan, New Zealand, Turkey, United States and Canada. The US Geological Survey reports that there are about 40 types of zeolites with the most commonly mined being chabazite, clinoptilolite and mordenite.

Mined by surface methods, zeolite production takes place mainly in China which accounts for nearly a third of the global supply. The United States accounts for around 7 percent of world production. Nevada-based KMI Zeolite’s operation is considered one of the largest and highest grade clinoptilolite deposits in the country. The company has been mining, milling and distributing zeolite since 1994 throughout the US and into international markets, and is also active in researching and developing new products.

While Canada’s production is minimal, according to the USGS, “multiple companies acquired rights to develop properties with significant resources of natural zeolites.” Canadian-based zeolite companies include Progressive Planet Solutions and Canadian Zeolite, a subsidiary of International Zeolite (TSXV:IZ).

Progressive Planet recently procured facilities to screen and bag zeolite sourced from its Z-1 Zeolite Quarry for sale into the Canadian marketplace. The site also includes the Advanced Materials Centre product development lab where the company is working on R&D into innovative zeolite products with a focus on creating lighter, stronger, greener concrete.

International Zeolite owns the Bromley Creek deposit in BC. In 2017, the company signed a supplier agreement with KMI Zeolite enabling it to purchase and market sized zeolite and zeolite products for its US customer base.

As we move further into the 21st century, industries and consumers will be looking to products that offer cleaner, greener solutions to modern day challenges. Zeolite’s unique and environmentally-friendly properties make it an ideal material for meeting a myriad of challenges across a growing number of industries. As demand for this 21st century mineral increases, so will the need for new sources of supply.

This INNspired article is sponsored by Progressive Planet Solutions (TSXV:PLAN). This article was written according to INN editorial standards to educate investors.

2 responses to “What is Zeolite? Critical Material for a Greener, Cleaner 21st Century”