Nano Graphene Inc. announced that it is developing a graphene-based coating with anti-bacterial and anti-viral properties.

Nano Graphene Inc., doing business as GrapheneCA (“Company”), a commercial scale graphene producer and developer of graphene-based technology, today announced that it is developing a graphene-based coating with anti-bacterial and anti-viral properties.

GrapheneCA’s coating is being formulated to be applied in the form of paints and varnishes to walls and surfaces of public settings that are high risk areas for micro-organisms such as bacteria and viruses, including shopping malls, metro stations, airports and event halls. The Company’s formula has been shown in laboratory tests to blocks the metabolism of micro-organisms by restricting cellular respiration and cell division. Furthermore, assessments shown that micro-organisms die when coming into contact with surfaces covered with the coating’s components. 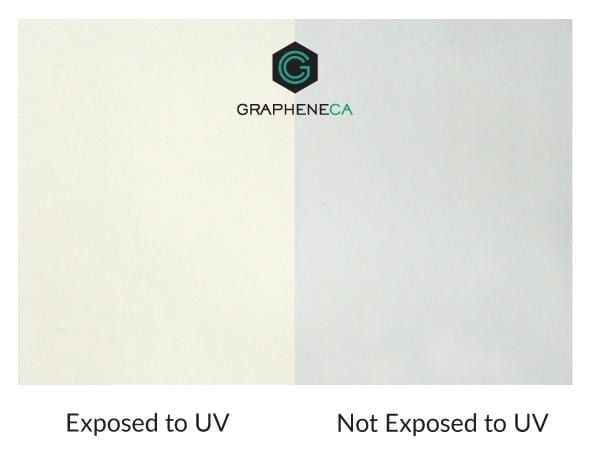 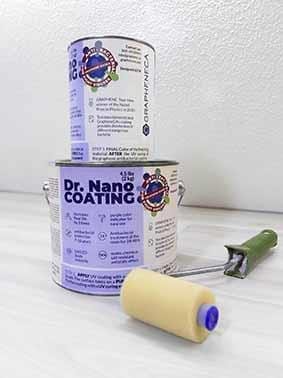 GrapheneCA’s coating is being developed for optimal real-world applicability.

GrapheneCA intends to commence independent testing of the coating’s anti-bacterial and anti-viral properties, and is targeting commercialization of the coating as early as the third quarter of 2020.

Micro-biological tests on certain components of the formula were conducted in accordance with Japan Industrial Standard (JIS) Z 2801-2000, recognized worldwide as a means of confirming antibacterial effectiveness. Laboratory test data demonstrated that such components in GrapheneCA’s coating provide disinfection of different dangerous gram-positive and gram-negative bacteria, such as staphylococcus golden and E. coli, by 100% or 4 – 6 logarithmic steps. Additionally, laboratory tests suggested that the Company’s formula offers durable activity, enough to provide anti-bacterial protection throughout the entire service life of the coating. GrapheneCA’s formula is chemical-free and has not been shown to adversely affect the environment or human health.

“Our proprietary graphene-based coating has demonstrated sustained protective activity against micro-organisms,” stated Sergey Voskresensky, Head of R&D at GrapheneCA. “We are in the process of validating our findings against different viruses and other micro-organisms and look forward to starting discussions with commercial partners for manufacturing and shipping soon after. Our mission is to provide protection to the concentrated areas that are most vulnerable to spreading viruses and other micro-organisms.”

GrapheneCA’s coating is being developed for optimal real-world applicability. Unique features are expected to include UV-curable coating, which minimizes the curing process and allows for immediate application. Importantly, the solution’s no-color formula is intended to offer end users flexibility to apply coatings to their color liking. The graphene-based coating is being developed to undergo rapid polymerization under the sun or UV light exposure, and the unique built-in color-change indicator is expected to provide control over the polymerization process. This feature is expected to allow end users to distinguish unprotected, bacteria-exposed areas from shielded areas.

GrapheneCA is a privately owned, commercial scale graphene and graphene-based materials producer, and supply company headquartered in New York. It is dedicated to tackling the challenge of integrating graphene into real-world applications through the use of its own highly effective, scalable, and environmentally friendly production process. GrapheneCA has developed a production facility in New York and currently produces commercial graphene nano platelets with less than 0.03% oxygen contamination on a large scale. GrapheneCA has applied for patents in both the USA and China.

Any statements contained in this press release that do not describe historical facts may constitute forward-looking statements. Forward-looking statements, which involve assumptions and describe our future plans, strategies and expectations, are generally identifiable by use of the words “may,” “should,” “would,” “will,” “could,” “scheduled,” “expect,” “anticipate,” “estimate,” “believe,” “intend,” “seek” or “project” or the negative of these words or other variations on these words or comparable terminology. Such forward-looking statements are not meant to predict or guarantee actual results, performance, events or circumstances, and may not be realized because they are based upon the Company’s current projections, plans, objectives, beliefs, expectations, estimates and assumptions, and are subject to a number of risks and uncertainties and other influences, many of which the Company has no control. Actual results and the timing of certain events and circumstances may differ materially from those described by the forward-looking statements as a result of these risks and uncertainties. Factors that may influence or contribute to the inaccuracy of the forward-looking statements or cause actual results to differ materially from expected or desired results may include, without limitation, the Company’s inability to obtain additional financing, the significant length of time and resources associated with the development of products and related insufficient cash flows and resulting illiquidity, the Company’s inability to successfully develop and commercialize its planned or proposed products, the Company’s inability to expand its business, significant government regulation of manufacturing processes, lack of product diversification, volatility in the price of the Company’s raw materials and the Company’s failure to implement the Company’s business plans or strategies.

Click here to connect with GrapheneCA for an Investor Presentation.

×
See our exclusive index of Nanoscience companies on the move
EXPLORE