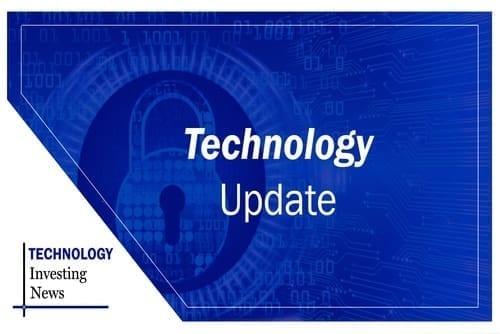 June was a busy month for the technology sector – from the heavy hitters to smaller-cap companies. Here the Investing News Network provides a breakdown of what some of the biggest news was last month for tech.

June was hectic with a number of technology companies announcing updates with plenty of takeaways for investors.

In terms of fintech, the Royal Bank of Canada (TSX:RY) who at its investor day conference revealed that it will be spending $3.2 billion on technology in 2018. The bank has been aggressive on tech as more and more people move to apps for everyday transactions.  PayPal (NASDAQ:PYPL) also stressed on digital payments at its investor day conference by following up on its commitments by acquiring two companies for US$520 million in June.

The news from WestPac made sense as later in the month we saw a report from Juniper Research who said that the contactless user base is expected to touch 760 million in 2020.

In terms of cleantech, this sector also had a busy month as there was news from several of its sub verticals, from electric vehicles (EVs) to wind and solar generation to fuel cells.

One of the highlights of the month was a report from LevelTen energy, who uses a technology-enabled marketplace to connect C&I customers to marketscale projects. The company said that the power purchase agreement prices in the United States for both solar and wind have dropped consistently in the US.

Over in 3D printing, one of the big gainers of the month was NanoDimension (NASDAQ:NNDM) with the company achieving US govt certified vendor status. Shares of Nano Dimension gained over 100 percent after the announcement as the company can now conduct business directly with the US federal government and its many agencies.

Finally in cybersecurity, CrowdStrike, a company backed by big names including CapitalG , an investment arm of Alphabet (NASDAQ:GOOGL), raised $200 million in the latest round of funding. Media reports indicate that a potential IPO is on the way.

The Coronavirus and You: Protecting Wealth in a Black Swan Event
Gold Breaks US$1,600 as COVID-19 Impacts Global Business
Top Cobalt Production by Country
10 Top Technology Stocks by Market Cap