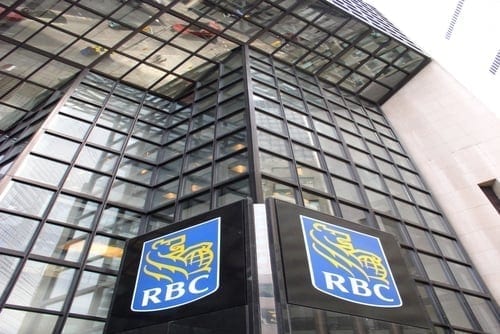 At its investor day conference held on Wednesday, the banking institution said it will be shifting much of its focus over the next several years to its digital platform.

The Royal Bank of Canada (TSX:RY) revealed at its investor day conference on Wednesday (June 13) that it will be spending C$3.2 billion on technology in 2018 while expecting to cut 20 percent of branch space over the next five years.

The technologies the bank said it will be spending on includes artificial intelligence (AI), digital products including apps, and beefing up its cybersecurity with the intent of acquiring 2.5 million new clients by 2023.

“In this future world that we are building towards and living in, maintaining customer relevancy and connectivity has never been more challenging but there’s never been greater opportunity to connect with more Canadians”  David McKay, CEO of Royal Bank of Canada said at the investor day conference.  “We are frustrated…that not enough Canadians are using our services.”

RBC said that its technology focus is on digital platforms as it witnessed a 19 percent year-on-year increase as of Q2 2018 in customers using mobile to perform transactions. Further, the bank recorded 94 percent of its customers  have begun using mobile apps to perform e-transfers.

“We are seeing more and more clients chose to interact through digital,” Neil McLaughlin, group head, personal and commercial banking at RBC said at the conference. “We are seeing mobile become our number one channel (in digital space). From a cost perspective, this is a positive trend for us. We are quite excited about it.”

When comparing mobile and branch usage, the bank saw a 28 percent reduction as compared to 2017 period in customers using branches to make bill payments while 16 percent less customers used RBC locations to perform an account transfer. In the similar time period, the bank witnessed a 69 percent increase of mobile users performing bill payments and 70 percent increase in mobile users making an account transfer.

“There is a dramatic lift in clients selecting self-service for everyday transactions,” McLaughlin said. “This gives confidence that the migration to digital and especially mobile adoption which we have been pushing quite well is going to continue to drive lower cost model for us.”

“As clients’ behaviour change, we have to respond,” McLaughlin said. “Based on the power of the pace of migration, we have modestly reduced our branch network. If client behavior does change more rapidly than we’ve seen over the last couple of years, we do have the flexibility to move more quickly.”

The bank has also introduced new ventures that are digital focused including Ownr, a one-stop product targeted at entrepreneurs. Other products that were launched at the conference include Drive, a product for car owners and finfit, a product to check credit score and personalized insights.

In a bid to target immigrants, RBC introduced Arrive, a platform to help people understand everything they need to do throughout their journey to Canada.

On the specifics of AI and data analytics platform, RBC said that they have invested $225 million over the last four years and that it expects its data stream to grow 10 times in the next two years.

Following the investor day conference, RBC closed the trading on Thursday (June 14) at C$99.85 and was down 0.07 percent over the one day trading period. Canaccord Genuity maintained a hold rating on RBC with a target price of $109.