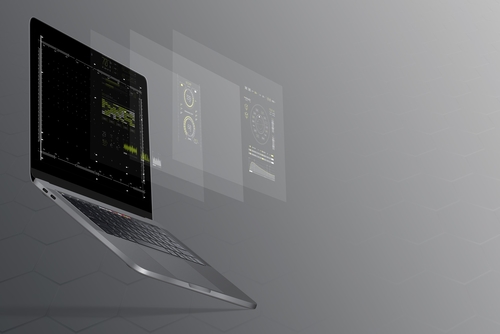 What are the top big data stocks? Here’s an overview of the 10 top companies listed in the order of market cap that investors may want to consider.

The definition of big data is being redefined each and every single day as we adopt new technologies and new products that depend on data.

Market Reports Center, an e-commerce platform engaged in the field of market research,  said that originally big data was used to describe datasets whose size is beyond traditional database. The firm said that the definition of big data has evolved to not only data but a set of technologies that capture, manage and analyse the collection of data to solve complex situations.

Further, Market Reports Center said that the big data investments will account for over US$65 billion in 2018 alone and that the investments are set to grow at a compound annual growth rate (CAGR) of approximately 14 percent over the next three years–making it an ample opportunity to cash in on big data stocks.

Case in point, the firm concluded the research by highlighting that investments in big data will continue to grow across the globe despite privacy concerns.

With that in mind, Investing News Network (INN) looks at the 10 top companies engaged in big data. The companies below are listed in order of market cap size from largest to smallest, with all numbers and figures current as of market close on July 26, 2018.

Here’s a closer look at those big data stocks.

Holding company of internet search giant Google, Alphabet operates through multiple brands with its portfolio of companies ranging from investments to acquisitions. Some of the companies under Alphabet include Calico, GV, Capital G, Verily, Waymo, X and Google Fiber. As such it’s no surprise that Alphabet ranks high on the top big data stocks list.

The product page of Google Cloud Big Data welcomes users with the line, ‘Seriously Powerful Data & Analytics Services’ and it’s hard to argue with Google considering the products it has at its disposal.

In July, the company introduced Smart Displays with Google Assistant with the first product rolling out from Lenovo. Smart Displays are an interactive screen that brings out the best of Google’s services into one screen based on the data that is being provided to it.

Founded in 1994, Amazon has evolved from its online retail shopping to become a tech giant through its Amazon Web Services (AWS) platform.

AWS, much like Google Cloud, helps users to build and deploy big data analytics applications with the ability to scale up any big data application including data warehousing, clickstream analytics and internet of things (IoT) processing. The company claims that its AWS platform is the most complete solution for big data. Like many others on the list, AWS uses machine learning to help its consumers on big data.

The Redmond based company has tools similar to its rivals but goes a step further in letting users access and analyse data with familiar tools like Excel and is third on our big data stocks list.

Microsoft HDInsight solution is Hadoop based service but is built on Hortonworks Data platform which enables customers to gain insights from tons of structured and unstructured data with the ability to enrich the generated models with services like Office and SharePoint.

In July, Microsoft announced that its Azure product, which is the overall backend of its big data platform, recorded an 89 percent revenue growth year over year.

Dubbed as Amazon of the east, Alibaba has an analytics and big data platform on its Alibaba Cloud. The tools include big data processing service, data visualization and data warehousing.

In July, Alibaba announced that it has formed a strategic partnership with Formula One World Champion, Fernando Alonso to digitise his karting business. The company said that it will apply smart manufacturing techniques including big data to improve manufacturing efficiency and support the establishment of unmanned assembly plants.

The silicon to software giant, Intel benefits from the fact that the majority of computing devices rely on the company in on way or another. As a result, it’s no surprise Intel is fifth on our top big data stocks list. The company has vibrant ecosystem from devices to original equipment manufacturers (OEM) and helps its customers with tools to gather and analyse big data and forecast market conditions.

The company in July announced that its data centric business grew 26 percent and that the ‘company is competing in the $260 billion market opportunity’ which being the data centric solutions.

Oracle, a company that’s primarily focused on cloud, hardware and services, has been in the business for over three decades.

The company claims to simply big data with its solutions enabling users to manage both traditional and new data sets on a single cloud platform. The company lets users to bring in data and integrate with its system which can help users in storing and process the data. Further, using artificial intelligence, the processed data can be analysed and consumed.

The company accelerated the growth the of PC gaming market with the inventions of GPU’s in 1999. More recently, this big data stocks company has been engaged in AI, machine learning and other next era of computing products.

Nvidia is in the big data field through the intention of accelerating big data analytics with the use of its GPU’s. The company claims to speed up image detection by 10 times using neural networks.

IBM is betting on the big data through its Db2 Big SQL which is used to deliver data querying across the enterprise with this hybrid SQL engine Hadoop. Further, its product IBM Replicate provides enterprise replication from lab to production.

The company in July announced its second quarter results with the company reporting its cloud revenue to be up 23 percent on a year-over-year basis.

Salesforce engages in design and development of cloud based enterprise software for customer relationship management.

The company using its cloud-based enterprise software engages in sales force automation, customer service support and digital commerce apart from helping customers with big data analytics. The customers can feed in the data and the CRM using its cloud software automates the datasets and provides insights and analytics using AI.

Closing out our top big data stocks list is Accenture. This investment holding company engaged in the fields of communications, media and technology segments was founded in 1989.

Accenture’s big data bet comes through its focal point of the ‘data being the currency of new economy’.  The company offers to modernize and integrate data warehouse through its next gen business intelligence, data management and integration and data discovery. Accenture also invests heavily in R&D and incubation of emerging technologies to advance the industry’s thinking on big data and analytics.

In July, the company announced a collaboration with Google Cloud as together the companies launched Accenture Google Cloud Business Group services which is set to benefit customers due to large data insights available to them.