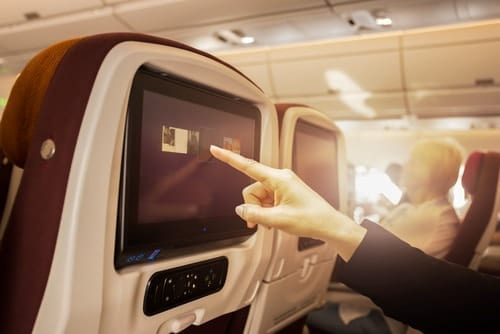 The acquisition will add US$4 to US$6 million in projected annual revenues for One Stop, and will give the company access to the in-flight entertainment market.

One Stop Systems (NASDAQ:OSS) announced on Tuesday (August 28) that it has signed a definitive agreement to acquire Concept Development (CDI) in a US$5.9 million deal.

OSS, a developer of high performance computers said that the acquisition will primarily be a stock transaction with US$4.9 million in stock and US$1 million in cash.

Further, OSS said the purchase of CDI will add US$4 million to the US$6 million to its anticipated yearly revenue and will enable access to the in-flight entertainment market apart from creating new opportunities.

CDI is involved in high performance in-flight entertainment systems for commercial aircrafts while also having the potential in electrical, mechanical and software designs. It also has experience in test and certifications crucial for airborne systems.

In a filing with the Securities and Exchange Commission (SEC), OSS gave a breakdown of how the company would acquire CDI. OSS said that a cash purchase price of US$667,000 would be delivered to CDI while US$370,096 would be assumed as working capital loan obligation.

It has to be noted that OSS initially announced its intentions to acquire CDI in the first week of August when the company reported its second quarter results.

The companies are hoping to complete the acquisition before the end of Q3 2018.

“We are now on the cusp of a major growth phase with record revenues and profitability forecast for Q3 and Q4. The upcoming addition of CDI further enhances our short- and long-term outlook,” Cooper said in the second quarter press release.

Following the announcement on Tuesday, shares of OSS were up 8.99 percent to close the trading session at US$4.12. The stock has a “Buy” ranking on TradingView with 11 verticals in favor, 10 “Neutral” and five against.

Don’t forget to follow us @INN_Technology for real-time news updtes!