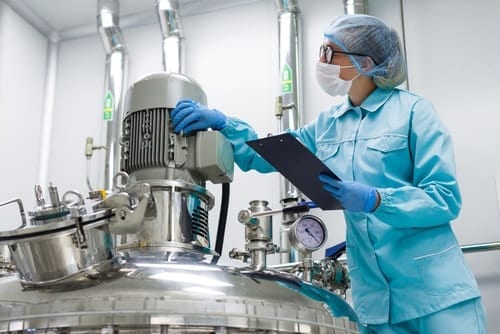 ECS is tipped to improve data and system securities for these companies by providing real-time threat detection, network visualization and investigative features.

According to the release, the product is tipped to improve data and system securities for these companies by providing real-time threat detection, network visualization and investigative features.

Further ECS is set to reduce operating expenses of the companies as it would let users work with a single vendor and improve their existing cybersecurity personnel rather than hiring new professionals.

Steven Pickett, CEO of RigNet, said in the release that ECS would be using Darktrace’s platform for combating cyber threats in real time.

“The capabilities Darktrace gives us along with Cyphre, our advanced data-encryption technology, enables RigNet to provide [oil and gas] customers the most complete suite of cybersecurity services for the protection of their data and networks,” Pickett said.

Tuesday’s announcement comes closely on the heels of the company reporting its third quarter results, highlighting revenues of US$64.8 million, an increase of 7.9 percent on a sequential basis.

In the third quarter earnings call, Pickett said that the company is excited about the Cyphere platform, noting that the technology is not O&G specific.

“Our Cyphre capabilities have helped catalyze the growth of what we believe is now for leading bundle of cybersecurity solutions in the energy sector, including best-in-class data protection, network protection, key management, IoT security, border security,” Picket said in the earnings call.

Gary Szukalski, chief channel management officer of Darktrace, a company that uses artificial intelligence for cybersecurity, said that the partnership with RigNet comes at a crucial time.

“The increasing convergence of IT and OT environments is dramatically expanding the threat surface of industrial control systems, while threats to SCADA are increasingly advanced,” Szukalski said in Tuesday’s release. “Organizations will now be able to benefit jointly from RigNet’s expertise in the oil and gas and maritime industries and Darktrace’s world-leading cyber AI.”

Crucially, RigNet said that the ECS would make use of advanced tools to monitor cyber threats on a regular basis.

Rignet has a ‘Moderate Buy” ranking on TipRanks with an analyst target price of US$4 representing a49.53 percent increase from its current price. The company however has a “Sell” ranking on TradingView with 13 verticals against, nine in neutral and four in favor.