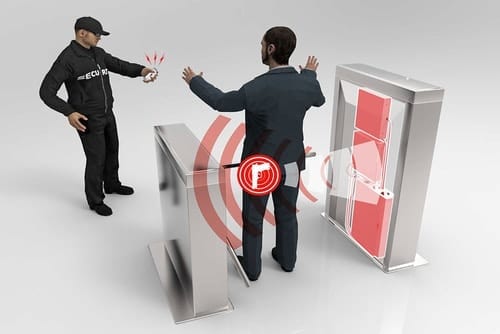 Patriot One will issue more than 1.6 million shares to existing shareholders of EhEye for a 100-percent equity interest in the company.

EhEye, which is making a video threat recognition software, was identified earlier in the year as a prime candidate for integration into Patriot One’s PATSCAN product.

Patriot One will issue more than 1.6 million of its shares to existing shareholders of EhEye for its 100 percent equity interest. Further, Patriot One is also granting up to 277,775 replacement incentive stock options to those who have outstanding options in EhEye.

“[EhEye’s] award-winning threat recognition software will integrate into our client’s existing video camera networks offering a first line of defense to detect active shooters or terrorists approaching a venue with weapons drawn,” Martin Cronin, CEO of Patriot One, said in the release.

Additionally, it was said that EhEye is the midst of testing its solution at an international airport and a correctional facility through Build in Canada Innovation Program.

“We expect [Patriot One’s] advancements in machine learning for weapon recognition through their proprietary PATSCAN software, as well as their key strategic partnerships, to propel our video recognition solution’s commercialization,” James Stewart, CEO of EhEye, said in the release.

Patriot One said that the sales of PATSCAN VRS will be based on SaaS pricing model translating to per camera-use per location. Crucially, the company said that AI based system is undergoing final stages of testing to improve on the weapon detection, disturbances and accuracy upon deployment. The system will also receive monthly updates subjected to recurring subscription fees.

Patriot One have also revealed other potential candidates for its PATSCAN product lineup are being evaluated as the company plans to broaden its brand portfolio through partner agreements.

Although the transaction with EhEye is subjected to numerous conditions, including TSX Venture Exchange approvals, Patriot One is hoping to distribute PATSCAN VRS by the first quarter of 2019.

Following the announcement, shares of Patriot One were down 9.55 percent and closed the trading session on Tuesday at C$1.99 with a trading volume of over 2.86 million shares in the day. The stock opened at C$2.23, which was also its high for the day, and had a low of C$1.83.

Patriot One has a “Sell” ranking on TradingView with 15 verticals against, seven in neutral and six in favor. The stock has a “Moderate Buy” ranking on TipRanks with an analyst price target of C$3.25, representing a 63.32 percent upside from its current price.

Image courtesy of Patriot One Technologies.

2 responses to “Patriot One Technologies to Acquire EhEye”