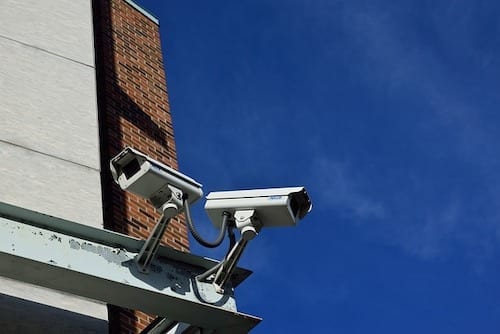 During the Extraordinary Future Conference, journalist Joel Stein spoke about the sheer scale at which Silicon Valley tracks personal data.

In a feature presentation called “I Tried Hiding from Silicon Valley in a Pile of Privacy Gadgets,” Stein went into detail about his experience trying to be untraceable under the eyes of tech giants.

While this data collection is masked by ease and free access, Stein weighed in on the implications of the wide-scale collection of personal information

As the presentation began, Stein spoke about his process. Through a months-long experiment, he bought infrared glasses that thwart facial recognition, a license plate protector that scrambles any detection from outside sources, a virtual credit card untied to his name and a personal surveillance identity prosthetic for his face.

Stein discussed how critical it is for individuals to protect their personal email addresses, recommending to never give them out to businesses or websites. Secondly, he discussed how individuals should never provide their cell phone numbers as public information.

Along with email addresses and phone numbers, credit card information, too, discloses a significant amount of information. To avoid this tracking, Stein spoke about untraceable credit cards.

“You can get a virtual credit card tied to your bank account that won’t track your purchases, because your credit card shares a lot of information every time you buy something,” he said.

The more private alternatives are not costly. Stein added, “I got a credit card from Privacy.com, got an email address from Pseudo, a cell phone number from (the app) Burner.”

Along with personal contact information, Stein cited the prevalence of license plate readers.

“License plate readers have become a really big business. It’s not just the government, it’s private sectors, too,” he told the audience at the show.

For example, Genetec is a company that has developed an automatic license plate recognition (ALPR) system, called AutoVu. Similarly, OpenALPR offers free software that individuals can download on GitHub. PlateSmart Technologies, based in Florida, has targeted services for hospitals, universities, airports and parking management.

ALPR systems have the ability to identify up to 2,000 license plates per minute under certain conditions.

Stein continued, highlighting the notion of complacency as part of the discussion. Despite swaths of personal data being available to large tech companies and governments, efforts to avoid it on an individual level are rarely sustainable.

“When we talk about privacy, I think it washes over people,” said Stein. “Who do you think has to worry about privacy?”

Chicago, Stein said, is the most surveilled city in the US. When it comes to the most vulnerable groups in terms of privacy, women who are suffering from domestic abuse are the most at risk, he said.

In a further sign of a growing issue, Stein discussed privacy not as a personal but a broader issue.

“Privacy is a problem that needs to be solved on a societal level,” he said. Despite this, maintaining these levels are difficult to sustain. “It’s hard to remember to care about this stuff,” said Stein.

According to a 2019 survey conducted by the Office of the Privacy Commissioner of Canada, the majority surveyed — 67 percent — of Canadians feel that they have little control over how companies are using their personal information. Moreover, 86 percent of individuals surveyed said that companies should not be able to disclose their information to third parties.