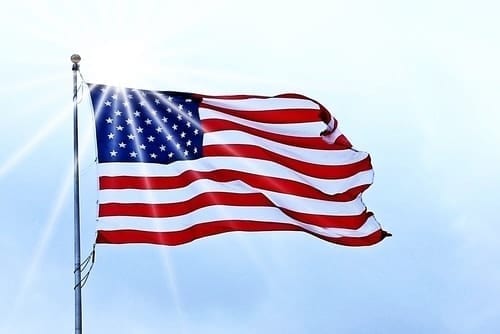 The bill was first introduced in the House of Representatives on April 13 and will now be passed over to Chambers for approval. From there it will then be forwarded to President Trump for signature upon which it will become law.

The US is one step closer to adopting its National Defense Authorization Act (NDAA) for fiscal year 2019 that puts more emphasis on cybersecurity ahead of the 2018 midterm elections.

A conference report filed on Monday (July 23) in the House of Representatives detailed more on the bill which now includes a cyber policy and notably has a provision for United States to respond to malicious cyber activities targeting the country.

“It shall be the policy of the United States, with respect to matters pertaining to cyberspace that the United States should employ all instruments of national power, including the use of offensive cyber capabilities, to deter if possible and respond to when necessary,” said the report.

According to the report, the policy would be applied if a foreign power caused casualties, significantly disrupted the country’s democracy, or took control of the country’s armed forces.

The development comes on the heels of US President Donald Trump tweeting his concerns over the Russia potentially meddling the 2018 midterm elections.

“I’m very concerned that Russia will be fighting very hard to have an impact on the upcoming Election.  Based on the fact that no President has been tougher on Russia than me, they will be pushing very hard for the Democrats. They definitely don’t want Trump!,” he tweeted.

I’m very concerned that Russia will be fighting very hard to have an impact on the upcoming Election. Based on the fact that no President has been tougher on Russia than me, they will be pushing very hard for the Democrats. They definitely don’t want Trump!

The next step for legislation is to head to chambers for approval, which will then be forwarded to President Trump for signature upon which it will become law.

However, it might not be a smooth sailing for the act to become official, On June 5, Congress said in its report that the country should first encourage the government to take an action upon a cyber attack before responding unilaterally.

“The Administration strongly objects, however, to section 1621(f), 7 which would damage the national security interests of the United States by endorsing certain foreign policy and military determinations that are traditionally within the President’s discretion, informed by the facts and circumstances prevailing at the time,” said the statement from White House.

Meanwhile the National Defense Authorization Act –if approved–also paves the way for strengthening the US on the cybersecurity front as there is a proposal to set up a Cyberspace Solarium Commission to formulate a cyber defense strategy. According to the conference report, the commission would consist of top security officials, lawmakers and other experts in the field.

The House of Representatives’ summary cautioned the Department of Defense to step up in the field of cyber and electronic warfare strategy and capabilities.

“Two warfare areas in which our peer competitors are beginning to outpace U.S. capabilities, and for which the Department of Defense has struggled for years across the Services to implement capabilities coherently,” read the summary of the House.

Cybersecurity is not just a focus of the US government. In fact, companies and consumers alike are also investing heavily in the space as highlighted by Cybersecurity Ventures in its report. The firm said that the cybersecurity damages will cost the world US$6 trillion by 2021, up from US$3 trillion in 2015.

Meanwhile, Statista said that the global cybersecurity market will reach US$231.94 billion by 2022, up from US$137.85 billion by 2017. Indeed, this makes the sector an exciting space for investors to watch out for–now and in the future.