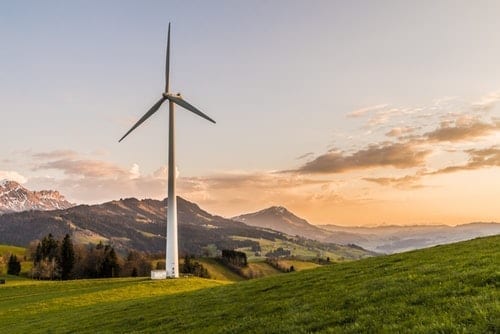 Solar Alliance Energy announced on Wednesday that it has acquired a 165,000-foot warehouse facility in Illinois. It also signed a memorandum of understanding with a solar panel manufacturer to develop multiple solar-powered facilities designated for cryptocurrency-mining operations.

According to the company’s press release, Solar Alliance acquired a 165, 000 square foot facility in Illinois and signed a memorandum of understanding (MOU) with a solar panel manufacturer for the development of multiple solar panel facilities for numerous cryptocurrency-mining operations.

The cryptocurrency-mining process — particularly bitcoin mining — uses enough energy to power more then 6.5 million US households according to data from Digiconomist. Meanwhile the Institute of Energy Research shows that solar energy panels currently account for one percent of the total energy consumed in the US, although the number of utility-scale electricity capacity has increased from 334 megawatts in 1997 to 13,406 megawatts as most recent as 2015.

According to that report, that number accounts for less than 0.6 percent of net utility scale electricity used in the US, and uses the least amount of energy among other renewable energy sources.

Solar Alliance’s announcements says the mining facility, which will be located Murphysboro, Illinois, will have access to low cost grid supplied power “that will be complemented behind the meter 3 megawatt solar array.”

“The acquisition of the Murphysboro warehouse facility and the MOU represent Solar Alliance’s strategic entry into tenanting and supplying low-cost power to the cryptocurrency mining sector,” chairman and CEO Jason Bak said in the release. “The demand from cryptocurrency mining operations for reliable, competitively priced power is immense and we are perfectly positioned to take advantage of that demand.”

Canadian actor William Shatner, who joined Solar Alliance in April 2017 as a spokesperson, said in the press release that as an advocate for solar energy, he is “intrigued” by its potential in cryptocurrency-mining operations.

Wednesday’s announcement comes on the heels of the company releasing a statement on Monday (June 11) advising it completed three solar projects in the state of Kentucky with Whayne Supply, a company that provides services to Kentucky, West Virginia, South Eastern Ohio and Southern Indiana.