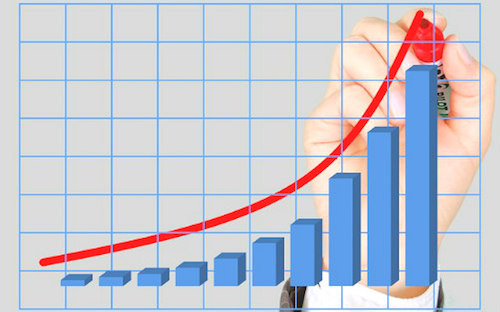 With Q3 2018 coming to a close, here’s a look back at the top 3D printing stocks on the NASDAQ year-to-date.

The 3D printing sector is an exciting market with unique opportunities for savvy tech investors.

While the overall industry has been sluggish over the last two years or so, additive manufacturing has begun to find its place among other manufacturing methods, according to an IDTechEx report.

The report explains that many industries are “seriously analyzing” the benefits that 3D printing brings to the table, but notes that the market will experience a period of readjustment so that it can better suit the needs of these industries, which include advanced materials, electric vehicles, life sciences and robotics.

As the third quarter of 2018 comes to a close, here’s a look back at the three top 3D printing stocks on the NASDAQ year-to-date. All numbers and figures were current as of September 12, 2018. Here’s a closer look at those companies.

In late February, Faro released its Q4 and fiscal 2017 financial results, highlighting a quarterly revenue increase of 16.1 percent year-on-year to $106.4 million. The company also introduced an updated version of its FARO Zone 3D software platform, called FARO Zone 3D 2018. It is designed to allow investigators and security professionals to “enhance the quality of site and evidence capture, documentation, reconstruction, and analysis for crime, crash, fire and security applications.”

In July, the company announced the acquisition of Opto-Tech and its subsidiary Open Technologies. The acquired company has 3D structured light-scanning tools and is expected bring greater efficiency to Faro’s products. That same month, Faro released its Q2 2018 results, showing $98.2 million in sales, an increase of 18.8 percent year-on-year.

Stratasys provides its services to a range of industries, such as aerospace, automotive, consumer products, dental and medical.

The 3D printing mammoth has had a plethora of news so far this year. It signed an additive manufacturing joint venture agreement with SIA Engineering Company (SGX:S59) in February, and in March it signed an agreement with Eckhart for an exclusive three-year collaboration to advance the adoption of 3D printing factory tooling in North America. A few months later, carmaker Audi (ETR:NSU) said it would use Stratasys’ J750 3D printer for tail lights at its Audi Pre-Series center.

The company’s share price saw a sizeable spike in August after it released its Q2 2018 results. The results show revenue of $170.2 million; Stratasys’ revenue guidance for the year is $670 to $700 million, while its capital expenditures are expected to be lower than previously expected.

Materialise closes out this list of top 3D printing stocks. Based in Belgium, Materialise provides additive manufacturing and 3D printing services, and has been doing so for almost 30 years. The company was founded in 1990, and serves industries such as healthcare, architecture, art and fashion, aerospace, art and design, consumer goods and even eyewear.

2018 has been a solid year so far for the company. In mid-February, Materialise partnered with PTC (NASDAQ:PTC) to increase the 3D printing capabilities of PTC’s Creo suite of computer-aided design software. In early March, the company released its Q4 2017 results, as well as the TRUMATCH personalized shoulder system. Also in March, Materialise said it had become the first to receive FDA clearance for software intended for 3D printing anatomical models for diagnostic use.

In July, Materialise announced the pricing of its public offering of 3 million American Depositary shares. The next month, it released its Q2 2018 report, citing a revenue increase of 34.1 percent compared with the same period in 2017.

Which of these top 3D printing stocks would you invest in and why? Tell us in the comments.