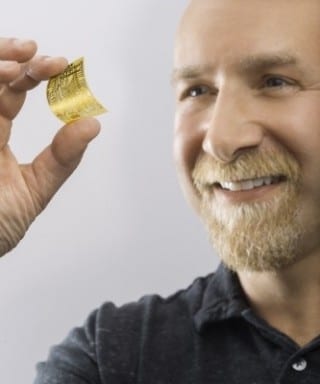 Founded in 2012, Nano Dimension (TASE:NNDM,OTCQX:NNDMY) is a young and growing company focused on the research and development of advanced 3D printed electronics.
In particular, the company specializes in additive manufacturing for multilayer printed circuit boards (PCBs) and the development of complementary products, such as nanotechnology-based inks. The company is generating the most buzz for the rapid prototyping capabilities of its DragonFly 2020 3D printer, specially designed to create PCBs.
Today, the company is listed on the OTCQX in the US and on the Tel Aviv Stock Exchange in Israel, with forthcoming plans to list on NASDAQ. To find out more about the company’s unusual path to becoming public and its success as a hot new technology stock, the Investing News Network interviewed CEO Amit Dror. Here’s what he had to say.

Nano Dimension is a complex company that relies on “chemistry, physics, materials, hardware and software” to build its products. In other words, even in its infancy it was in need of upfront capital to fund its innovations. However, Dror was finding it difficult to raise that money in Israel’s tech market.


Give me my free report!
He explained that in contrast to the Bay Area, where there is a much larger pool of venture capital to fund big projects in the tech space, in Israel that isn’t the case. When he started out with Nano Dimension, what venture capital was available was largely being funneled into the region’s booming cybersecurity industry, leaving Dror to fend for himself. “We were looking, at the beginning, for the means to finance this whole operation. We needed the money to do it right,” he said.
“Absolutely confident” that it was doing something disruptive, the company decided to take an alternative route to securing funding. Dror noted that “the first step was to get involved with a very small group of financial investors who were convinced that the company could [succeed].” This small group put $2 million behind Nano Dimension, essentially acting as the kickstarter for the whole company. However, being financial investors, they were keen for the financial freedom of a public technology stock. “They didn’t want to have to wait to sell their shares,” Dror explained.
Thus, the process of going public “began as a reverse merger to a public shell company” in August 2014. As mentioned, that’s an unusual step, but it’s one that’s had many benefits for Nano Dimension. For Dror, the public market serves as “a very good platform to tell everyone what we’re doing … to make goals and then prove [to investors] that we are able to meet those goals.”
Soon, Nano Dimension began to see success. The creation of its silver nanotechnology-based ink was an early milestone, as was a very preliminary prototype of the company’s 3D printer. “It was pretty far from the professional piece all the way through, but it was definitely good enough to show progress,” said Dror.


Give me my free report!
Now, a year and a half later, the company is making a big splash in the tech scene with the enormous potential of the DragonFly 2020 3D printer. If you’re curious to learn more about this innovative machine, stay tuned for a future interview between Dror and the Investing News Network — it will get into the nitty gritty of 3D printed multilayer PCBs.

Benefits and drawbacks of a reverse merger

Nano Dimenson’s path to becoming a public company is unusual, and although he wouldn’t recommend it for every tech company, Dror reflected that “generally, it was a very positive experience for us.” Today, Dror counsels other CEOs about whether or not this process is right for their company.
The benefits are obvious: the influx in capital from the reverse merger process is what enabled Nano Dimension to move forward with its innovative vision for the additive manufacturing space. The drawbacks, however, should also be considered.
For instance, market instability is one potential drawback of this path. Dror looked back to August of last year, when China was experiencing its first economic hiccups. “That was pretty scary being a pre-revenue company,” he mused. Luckily, due to the timing of the company’s funding, it almost wasn’t affected by the market downturn. Even so, it was a sobering reminder that, on the public market, external systems can have a big impact on individual companies.

Give me my free report!
Another point to consider is the product being developed. Dror stated, “you really have to be sure that what you’re bringing to the market is disruptive,” and funding is a persistent barrier to getting there. “If you’re a one-trick pony, you shouldn’t go with a reverse merger. It’s pretty risky.” However, Dror is confident in Nano Dimension’s ability to weather the risk. He explained that the company offers advanced technology that applies to many market channels. “There are many new products in mind on our road map,” he promised.

Currently, Nano Dimension is several months into the process of listing on the NASDAQ. Its movement from the Tel Aviv Stock Exchange to the OTCQX in the US and now to the NASDAQ reflects its growth.
This latest move was prompted by customer and investor demand. Dror had been hearing the refrain of “why aren’t you listed on NASDAQ?” from his US-based customers, and realized that it was time to make the shift. So far, the entire process has been quite seamless.
Considering its age, Nano Dimension seems like a remarkably mature company. A lot of this maturity can be attributed to Dror’s recognition of the need to ask people for help: “our approach is that if you want to do something right, you need as many experts as possible in different fields,” he emphasized. In doing so, he seeks to gain wisdom, avoid mistakes and reduce risk for investors. Investors in both Israel and the US will be keen to watch the next steps for this growing company.