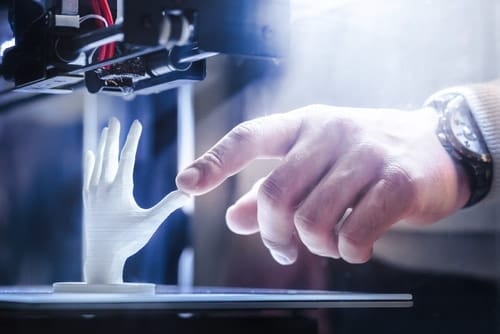 The three entities are hoping to ramp up 3D printing technology and enable industrial additive manufacturing.

BASF Venture Capital, the investment arm of BASF (ETR:BAS) announced on Wednesday (November 14) that it is leading a Series A investment round in Essentium with Materialise (NASDAQ:MTLS).

Through this investment, BASF and Essentium are seeking to extend their already existing strategic partnership to create a global material supply chain for Essentium’s High Speed Extrusion (HSE) additive manufacturing platform. Meanwhile, Materialise is set to enter the partnership by developing a 3D printing software for Essentium’s technology.

Of note, BASF and Essentium have a relationship spanning more than a year. With Materialise in the mix, the companies said that they complement each other’s strengths. Together, the three entities hope to ramp up 3D printing technology and enable industrial additive manufacturing.

For end users, the companies said that one can take advantage of rapid HSE technology while having access to the full 3D printing software from Materialise.

“Our joint investment strengthens our co-operations with both Essentium and Materialise and accelerates the innovation potential of this powerful team to the benefit of BASF’s customers,” Markus Solibieda, managing director of BASF Venture Capital, said in the release.

Although, Materialise and BASF currently have other private investors onboard with Essentium, the three companies will jointly advance the transition from 3D printing to additive manufacturing.

“This partnership helps to promote a more open market model, which will fuel the adoption of 3D printing in the industrial field by offering users more control, more choice in materials and ultimately lower cost and higher volumes,” Bart Van der Schueren, CTO of Materialise, said in the release.

Meanwhile, Blake Teipel, CEO of Essentium, believes the partnership should focus on a new era of smart solutions.

“Together, we believe manufacturers everywhere will be able to accelerate production due to increased access to our new solutions, bolstered by a holistic, customer-centric approach,” Teipel said in the release.

Following the announcement, shares of BASF were down 0.59 percent to close the trading session on Wednesday at 69.17 euros. The stock has a “Buy” ranking on TradingView with nine verticals in favor, nine in neutral and eight against.

Meanwhile, shares of Materialise were down 1.31 percent and closed the trading session on Wednesday at US$13.58. The company’s stock opened at US$13.88 and had a high of US$14.04. The stock has a “Sell” ranking on TradingView with eight verticals against, 11 in neutral and seven in favor. Materialise has a ‘Moderate Buy” ranking on TipRanks with an analyst target price of US$16 representing an 17.82 percent upside from its current price.