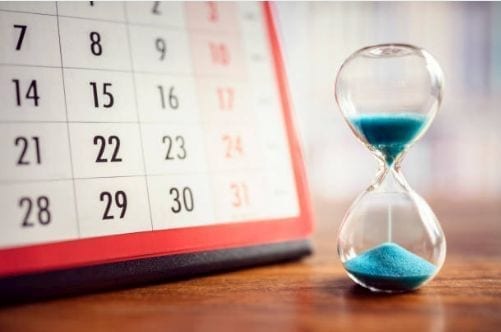 The Investing News Network looks at the Q1 2018 3D printing trends that will set the tone for the industry moving forward.

Global manufacturers are becoming aware of the benefits of producing metal parts by additive manufacturing, at least according to a report from Wohlers Associates.

The report also says an estimated 1,768 additive manufacturing systems were sold in 2017, representing an 80-percent increase from 2016.

Moving forward, the 3D printing services market is expected to cross $13 billion, growing at a CAGR of more than 28 percent from 2016 to 2022, according to a Research and Markets outlook and forecast.

Looking back to the end of 2017, the Investing News Network’s (INN) 3D printing outlook for 2018 mentioned that while the 3D printing sector has not been at the level of adaptation it needs to be to become mainstream, the industry still seems to have evolved, particularly as it relates to other industries.

With Q1 2018 behind us, INN spoke to Tim Greene, research director at IDC, on the biggest trends in Q1 and the things to watch out for in the next quarter and beyond.

Greene said that the biggest trend was the development of vertical solutions for the dental industry and for healthcare.

“I think it’s indicative of the state of the market where many of the technologies are quite matured and are really finding a place in the key segments,” Greene said.

Research and Markets’ Global 3D Healthcare outlook says that 3D printing is a disruptive technology and is one of the greatest instances of the next industrial revolution.

Other highlights of the quarter include the 2018 Additive Manufacturing Users Group (AMUG) conference in early April, where HP (NYSE:HPQ) and BASF (ETR:BAS) unveiled new 3D printing products, with HP claiming that many of its customers are placing repeat orders to fulfil high order volumes.

Stephen Nigro, president of 3D printing at HP, said in a press release that the company is seeing an increase in high-volume 3D production thanks to the industry’s continual growth towards a “digital future.”

Beyond Q1 2018: 3D printing in manufacturing in focus

Greene said that industry could be seeing lots of new technologies, and that the focus will be on bringing 3D printing into manufacturing.

One of the companies that’s sharing the sentiment of Greene is certainly HP. In the company’s Q1 2018 results, HP revealed that 3D printing revenue was up nearly 28 percent. Speaking to analysts and investors, Dion Weisler, chief executive officer and president of HP, said that they have been playing “their own game.”

“We remain very excited about the 3D printing business,” Weisler said. “We continue to make progress with our end customers with multiple repeat orders. We have continued to grow our channel. We continue to grow our materials partners. So that business is operating according to our plan, and we remain excited about its ability to tap into the $12 trillion manufacturing market over time.”

Cathie Lejak, chief financial offer at HP, said that the company’s low cost 3D printer — which has the same platform for prototype as well as production — is unusual in the market.

“If we’re really going to disrupt this $12 trillion manufacturing industry, we’ve got to get folks to design for 3D. It’s not just replacing a part today that’s injection molded,” Lejak said. “It’s saying is there a better way to design that part. And this lower-price printer is going to get placed in universities so that the new generation really starts thinking about designing from 3D right away.

Another company that launched its 3D printing products at the AMUG conference was BASF, which wants to deliver high-performance materials for fused filament fabrication.

BASF revealed that it is working on new developments in the field of UV-reactive materials and also selective laser sintering (SLS) processes. Ultrasint PA6 LM X085 is the new material for SLS processes, while Photo-Resin X004M is a new material in UV reactive field.

Greene said that there’s a tremendous opportunity for additive manufacturing and 3D printing to advance in general manufacturing industry and other industries.

“It might require some companies to take a long view but these are days where we see some companies have fantastic growth and while others have stagnant,” he said. “There are others that are blooming and there are tons of investment dollars available for new technologies.These are exciting days to attend events where lots of stuff on display.”

In mid-April, BMW Group (ETR:BMW) said that it would be investing more than €10 million in a new Additive Manufacturing Campus that according to the company will allow them to develop its expertise in this field of work.

“Our new Additive Manufacturing Campus will concentrate the full spectrum of the BMW Group’s 3D printing expertise at a single location,” said Udo Haanle, head of production integration. “This will allow us to test new technologies early on and continue developing our pioneering role.”

According to the company, additive manufacturing is an integral part of the BMW Group that harbors significant potential for series production. The company also highlighted that parts for the BMW i8 Roadster were produced using this method.

“With the BMW i8 Roadster, the BMW Group became the first carmaker to 3D-print a production run of several thousand metal parts. The component concerned is a fixture in the tonneau cover for the soft-top,” said Hens Ertel, head of BMW Group’s Additive Manufacturing Center.

“Our new facility will be a major milestone in additive manufacturing at the BMW Group. Our goal is to provide the optimum technology and process chain, be it for individual components, small production runs or even large-scale manufacturing.”

With many companies focused on this sector, one surely can be ‘excited’ about the overall 3D printing sector.

With HP predicting the industry will touch $12 trillion, while some reports suggesting that the market will cross $12 billion by 2022, investors shouldn’t be surprised if more companies like BMW make their commitment to the industry.

Some of the companies that are contributing to the growth of the industry include the typical main players, of course: Stratasys (NASDAQ:SSYS), 3D Systems (NYSE:DDD), SLM Solutions (FRA:AM3D), the ExOne Company (NASDAQ:XONE), Voxeljet AG (NYSE:VJET) and Proto Labs (NYSE:PRLB), to name a few.

3D printing investors should be looking forward to many events that are set to take place in the coming months, where more products could be launched and further set the tone for the industry moving ahead.