China’s unexpectedly weak economic growth is leading commodities across the board to falter. Still, continued easy monetary policy in the United States is expected to prop up global demand in the longer term. 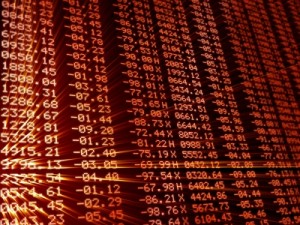 Commodities prices are weaker this week as China’s economic expansion rate failed to meet analysts’ estimates. Still, growing expectations that the US Federal Reserve will keep interest rates low through to 2014 is giving both energy and base metals firm support, while a recovery in risk assets should prop up gold demand.

China’s economy expanded at an annual pace of 8.1 percent in the first quarter, down from a GDP growth rate of 8.9 percent in the fourth quarter of 2011, according to the Chinese National Bureau of Statistics on Friday. The latest GDP figure is the lowest in eleven quarters, and below the 8.2 percent annual growth rate projected by the World Bank for 2012.

Expectations are increasing that the United States will continue to keep its near-zero interest rate policy until the latter half of 2014 given the continued weakness in the jobs market. On Thursday, the Department of Labor reported that weekly jobless claims rose by 13,000 to 380,000, above analysts’ forecasts, and the highest level since January 28. The latest number underscores bearish comments about the US economy by Federal Reserve Vice Chair Janet Yellen earlier this week. Yellen said, “I consider a highly accommodative policy stance to be appropriate in present circumstances.” She added that “further easing actions could be warranted if the recovery proceeds at a slower-than-expected pace, while a significant acceleration in the pace of recovery could call for an earlier beginning to the process of policy firming” than the Federal Open Market Committee currently anticipates.

Royal Dutch Shell (LSE:RDSB) said it is not to blame for an oil sheen found about ten square miles from its operations in the Gulf of Mexico. Instead, the company stated that “[i]t is well-studied and documented that the Gulf of Mexico has a long history of natural occurring seeps, which can on occasion produce sheens,” suggesting that about six barrels’ worth of oil could have seeped naturally from the seafloor.

Brazil’s Petroleo Brasileiro (NYSE:PBR), or Petrobras, said it found oil in a new region of the Santos Basin. “This discovery confirms the potential of the pre-salt region outside the limits of the first discoveries,” the company stated.

Meanwhile, Eni’s (NYSE:E) pipeline in Nigeria’s onshore Niger Delta came under attack, and a militant group has claimed responsibility for the action. Eni’s Agip unit owns the Tebidaba-Brass pipeline, which has been subject to several attacks in recent years.

Toronto-based Eco (Atlantic) Oil & Gas (TSXV:EOG) signed a definitive farm-out agreement with Bermuda exploration group Azimuth, which is backed by Petroleum Geo-Services and majority-owner Seacrest Capital. Under the deal, Azimuth will earn a 20 percent working interest in each of Eco Atlantic’s offshore Namibia licenses in return for funding 40 percent of the cost of 3D seismic surveys covering 2,500 square kilometers across all three licenses, the acquisition of which is expected to cost over $25 million.

The assignment of a 20 percent working interest in the licenses to Azimuth is subject to the approval of Namibia’s Ministry of Mines and Energy.

The second quarter may be a good time for bargain hunters to snap up copper, according to Barclays. The investment group revised down its 2012 copper price projection to $8,803 from $9,000 per metric ton, but expects prices to climb back up in the latter half of the year. Prices for the second half of the year are expected to average $9,150 a ton.

Chinese refined copper output rose nearly 17 percent in March to 510,000 tonnes, and rose about nine percent from a year ago, according to the National Bureau of Statistics.

Vancouver-based Bearclaw Capital entered into an option agreement with Xstrata Copper Canada and WestStar Resources (TSXV:WER). Under the deal, Xstrata (LSE:XTA) will have an option to earn a 51 percent interest in the Axe property in British Columbia, which is a joint venture between Bearclaw and WestStar. In order to exercise the option, Xstrata must incur three million Canadian dollars of expenditures in exploration activities on the Axe property by the end of the earn-in period.

There has been a decline in speculative net length among futures traders over the past two months, according to Deutsche Bank. “We believe this provides a more supportive positioning environment in the event that U.S. labor market data disappoints and/or the U.S. dollar resumes its weakening trend,” the bank said.

The Singapore unit of Citigroup has been countersued by Raghavendran Rajaraman, who claims that the bank closed his trading account and prematurely sold his gold assets, which were being held as collateral. Rajaraman was a currency options trader with Citigroup until 2007, and the bank sued him when he tried to recoup losses after gold prices tumbled. Citigroup said that the trader had gold valued at $19.2 million and left a $1.03 million shortfall.

Harmony Gold Mining (AMEX:HMY) reported that first quarter gold production will be about 18 percent lower than the previous quarter as more safety stoppages at mines kicked in. In addition, heavy rains at its Hidden Valley mine in Papua New Guinea, as well as upgrades at its Doornkop project, led to an output decline in the latest quarter.

Eldorado Gold (NYSE:EGO,TSX:ELD) projected that annual gold production will rise 160 percent from current levels to 1.7 million ounces by 2016 as a result of its acquisition of European Goldfields in late February. The company will invest about $2 billion over the next five years.

Toronto-based Solvista Gold (TSXV:SVV) announced the grant of 350,000 stock options, exercisable at a price of 75 cents per common share.