Despite falling commodity prices, companies were still seeing some gains on the TSX. Here is a look at the top 5 gainers from last week. Included on the list were Verde Potash, Victory Nickel, Talon Metals, Royal Nickel and Nevada Copper. 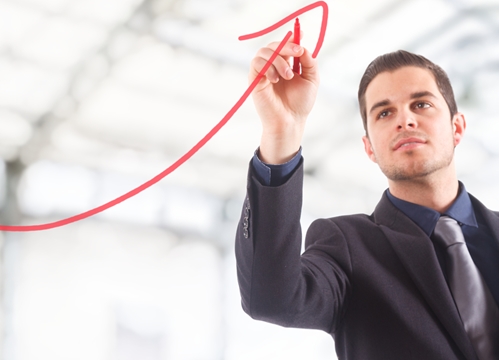 Despite falling commodity prices, companies were still seeing some gains on the TSX. Here is a look at the top 5 gainers from last week.

Last week, Brazil-focused fertilizer exploration and development company Verde Potash gained 44.58 percent to trade at $0.60. On October 29, the company announced it had been approved for a financing program called PAISS Agricola, which is a project of the Brazilian Development Bank and the Financing Agency for Studies and Projects. This financing came about as a result of Verde Potash’s ThermoPotash project, which works well on sugarcane.

“Verde’s selection to participate in the agricultural innovation program is a major leap towards the development of the TK [ThermoPotash] market,” President and CEO Cristiano Veloso said in a release. “It recognizes and endorse TK not only being as a source of potash, but as an advanced and highly efficient product capable of revolutionizing tropical agriculture.”

Victory Nickel, holds four sulphide nickel deposits and a by-product frac sand operation at it’s flagship project Minago. The company’s share price increased by 26.03 percent to trade at $0.46 last week. On October 29, the company announced it had added a fourth crew to its Seven Persons frac sand plant in Alberta, which means the plant will now operate 24 hours a day seven days a week.

“As previously advised, we have been operating below capacity since signing our first take-or-pay contract in August as we wanted to ensure customer demand would warrant adding the fourth and final operating team,” Ken Murdock, CEO of the company’s wholly owned subsidiary Victory Silica Ltd., said in a release. “We are seeing good traction in the western Canadian frac sand market and are comfortable that now is the right time to maximize the production capability at the 7P Plant.”

Talon Metals, saw its share price increase 17.19 percent last week to trade at $0.38. The company, which has projects in both the US and in Brazil, announced on October 23 that it had entered an agreement with Dundee Securities Limited, on behalf of a syndicate including Jones, Gable & Company Limited and Edgecrest Capital Corporation. These underwriters have agreed to purchase 13.7 million units of Talon Metals at a price of $0.30 per share. This offering totals $4.1 million.

“We are extremely pleased to have strengthened our treasury through this bought deal private placement,” Warren Newfield, executive chairman of Talon, said in a release. “The Company now has enough cash on hand to fully fund its committed financial obligations to Kennecot Exploration Company in respect of the Tamarack Nicker-Copper-Platinum Project.”

Royal Nickel Corporation, a company working on developing the Dumont Nickel Project, gained 15.38 percent last week to trade at $0.38 per share. On Oct. 14, the company had announced two private companies in which it has interest, True North Nickel and Sudbury Platinum Corp,successfully raised financing for their exploration properties.

“I believe it speaks to the quality of the exploration opportunities that both exploration properties at West Raglan and Aer-Kidd have been able to raise new funding in difficult market conditions,” Mark Selby, president and CEO of Royal Nickel Corporation, said in a release.