Commodities are climbing across the board on the back of improved U.S. data, but worries about global risks continue to strain future outlook. 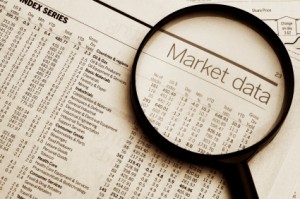 Commodities are on the upswing across the board amid signs of improvement in the US economy which is expected to push up global demand. Yet, while an improvement in the US jobs market and manufacturing sector have buoyed sentiment for now, longer-term concerns about the impact of Europe’s persisting weakness spilling worldwide still prevail.

As such, gains following the announcement of the latest weekly US jobless claims reaching the lowest level since May 2008 and the Federal Reserve Bank of New York reporting regional manufacturing reaching its highest level since May may be short-lived. Certainly, Fitch Ratings is concerned about market fluctuations and the Eurozone’s weakness hurting the banking sector as it downgraded Bank of America (NYSE:BAC), Goldman Sachs (NYSE:GS), and Citigroup (NYSE:C) to A from A plus, while Barclays (LSE:BARC), Credit Suisse (NYSE:CS), Deutsche Bank (NYSE:DB), and BNP Paribas (EPA:BNP) were downgraded as well.

Reflecting such worries down the line, oil prices fell for the second consecutive week, not least as the Organization for Petroleum Exporting Countries agreed to raise its production ceiling on the one hand while the International Energy Agency cut its demand forecast. Still, Brent crude is trading up 0.4 percent to $103.99 a barrel early Friday.

Market players are continuing to keep a careful eye on the latest debacle of the Keystone XL oil pipeline which Montana has given the final approval to, according to the state’s Governor Brian Schweitzer, Reuters reported. The controversial $7 billion proposal by TransCanada (TSX:TRP) will connect Alberta’s oil sands crude to Gulf Coast refineries in Texas. The plan, however, continues to face objection from the state of Nebraska, which the pipeline cuts across, as well as the federal government.

As for Transocean (NYSE:RIG) and Chevron (NYSE:CVX), the oil giants are being sued by the Brazilian government for approximately $10.6 billion each to compensate for damages caused by the oil spill at an offshore rig last month.

Gold lost nearly 7 percent this week, marking the biggest loss since the end of September, even as it gained 0.7 percent to $1,588.80 an ounce early Friday. Persisting anxiety about Europe’s debt crisis is pushing investors to sell off their gold holdings to get access to much-needed cash. Following September’s massive sell-off of the yellow metal, gold is seen heading for its first quarterly decline since September 2008 as a result.

Still, supply is seen to remain steady, and Occidental Gold stated it would seek a gold mining license from the Ivory Coast as it discovered a significant deposit in the Tengrela region. A unit of Australia’s Perseus Mining (ASX:PRU), Occidental said that the mine site has about 9 million tons of gold ore, with 2.5 grams of gold per ton. The mine is projected to produce 4 tons of gold a year over a six-year lifespan.

Copper is also heading for a weekly loss of nearly 6 percent, even as it gained 2.4 percent to $3.35 a  pound early Friday. The Shanghai Futures Exchange reported that copper stockpiles rose to a one-month high signaling sluggish demand in China as the global economy continues to sputter.

On the corporate front, the world’s largest copper producer Freeport-McMoRan Copper & Gold (NYSE:FCX) reached an agreement to end a three-month strike at its Grasberg mine in Indonesia. The mine produced about 1.2 billion pounds of copper last year for the Phoenix, Arizona-based company, and accounts for about a quarter of the company’s copper sales.

In Chile, meanwhile, Antofagasta (LSE:ANTO) has given the green light to its $1.3 billion Antucoya copper project in the northern part of the country. The company has sold a 30 percent stake to Japanese trading house Marubeni (TSE:8002) for $350 million.