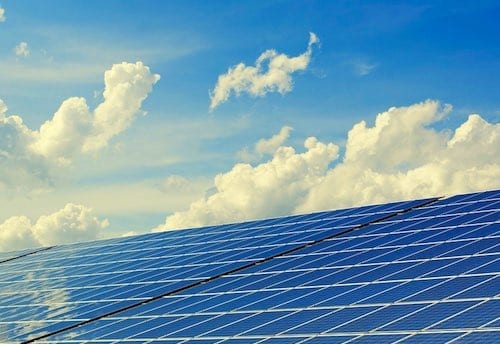 At Mines and Technology, experts spoke about developments that they expect to see within the next 10 years in the mining space.

Speaking at Vancouver’s Mines and Technology event this week, experts in the mining space shared their thoughts on what sustainable mining will look like 10 years from now, with transparency taking center stage as a developing trend.

“The discussion we have in our office is moving towards radical transparency,” said Steve Woolfenden, who is IAMGOLD’s (TSX:IMG,NYSE:IAG) director of environment.

He said that “radical transparency” will involve a system where “all our data from our operating sites is available and online at a moment’s notice.”

“The Barrick Golds (TSX:ABX:NYSE:GOLD) of the world have done it and said, ‘Oh yeah, it’s quite easy’ — I don’t think it’s as easy as they have said,” added Woolfenden, who said that for IAMGOLD as a mid-tier miner, a lot of the automated monitoring needed for more transparency is yet to be put in place.

For its part, Barrick has been putting out releases on the digitalization of its assets for years.

Joe Carr, who is sector development director at Inmarsat (LSE:ISAT), said that for transparency to begin, “it’s going to start in tailings” given we live in a “post-Samarco, Mount Polley and Brumadinho world.”

He continued, “We are having regulators saying, ‘We want to know, we want to be able to see what’s happening on your mine.’ And that’s where it will begin. We have an opportunity to get on the front foot and say this is what we want to do before a regulator imposes what we shall do, which we don’t have as much control over.”

Asked the same question on the future of sustainability in mining, Vice President of Environment at Teck Resources (TSX:TECK.B,NYSE:TECK) Scott Maloney said he believes that within 10 years more companies will be incorporating renewable energy into their mine plans.

During his presentation on reducing the energy and greenhouse gas footprint of mining operations, Maloney said that incremental changes in efficiencies are no longer enough.

“We need to look at step changes to make our business sustainable and also to address the challenge of climate change. … The pace of change in mining is getting ever faster. We’re seeing advancements in automation and digitalization. And those things are increasingly being introduced across the business.”

He added, “What we also see — as in most industries — (is that) companies that move slowly to seize digital and analytics opportunities are falling behind, or even disappearing.”

A big challenge that he identified for the future of sustainability in mining is the adoption of battery technology in ore trucks, with significant barriers to adoption in place.

An example he gave of current technology was the batteries used to power the Tesla Model 3, a small sedan. For the same technology to power a haul truck on a mine, the battery would have to weigh 95 tonnes, be 18 meters cubed and cost C$3 million.

“Clearly, that’s not something that’s feasible at the moment. As an industry, we need to really focus on how we move that forward. … Significant technology improvements are needed to deliver batteries that would work for ore trucks.”

He concluded that for a company like Teck, where many of its operations are powered by renewable energy already, reducing greenhouse gases through focusing on ore trucks is a major area of opportunity, but also one of great challenge.

As an example, he pointed to IAMGOLD’s Essakane gold mine in Burkina Faso, which can’t tap into the local power supply due to distance. Instead, the mine has relied on power from fuel oil and in recent years has added a 15 megawatt peak solar power plant.

“In the first seven months (of operation) it reduced fuel by 3.9 million liters,” said Woolfenden. “That is more efficient than we predicted it to be.”

Similarly, IAMGOLD’s Rosebel gold mine in Suriname has a solar plant that saves the company C$1.5 million every year.

While the Essakane and Rosebel mines are ideal projects due to location and infrastructure, Woolfenden said that the economics of renewables made them no-brainers.

Woolfenden also mused that overall, the mining industry has adopted new technologies at a slow rate.

“It’s here and there, but in essence for gold mines, it’s kind of the same thing. We blast rock, we crush it, we process it, we spit it out the other end into some tailings facility and it’s kind of forgotten about then.”

He said that, as an industry, it is on miners to step up and maintain their social license to operate, saying that in many cases, solving problems environmentally and socially is better for business.