Public perceptions expert and former print journalist Robert Simpson is trying his hand at investing in the junior mining space. He’s taken $36,000 out of his Tax-free Savings Account and hopes to turn it into $1 million by 2017 — follow his journey here. 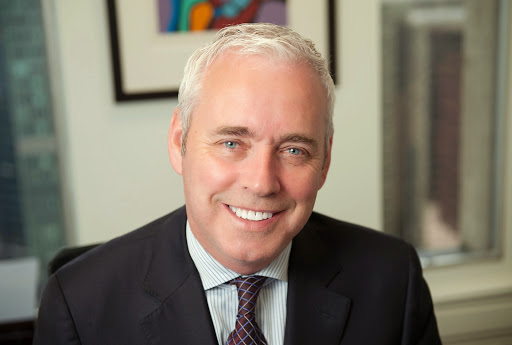 This column marks the beginning of a new phase in my life. After a 30-year career working in media and communications, the first half writing stories as a business journalist and the second half helping to shape them as owner of a mining-focused public relations agency, I’ve decided to capitalize on my combined skills and move to the frontlines as a full-time, active investor.

I won’t be a typical investor though. My focus will be exclusively on the risky, volatile and sometimes rewarding junior mining sector. It’s a personal project, which sees me take $36,000 from my Tax-fee Savings Account (TFSA) and turn it into $1 million by the end of 2017. I will also make it a social experiment by documenting my experiences — both good and bad — along the way.

What’s the end game? A million bucks will be the reward, but I have another incentive: to never spend another cold or rainy winter in Canada. Instead, my goal is to live out my golden years in hot and sunny Arizona, watching my investments grow. It’s my personal version of the Canadian dream, and it’s based on an industry that thrives on eternal optimists, some of whom see their dreams come true.

It’s a big career bet, but one that I’m not making lightly. I know better than most that it takes a strong stomach to invest in the volatile mining sector. Over the years, I have watched with equal degrees of curiosity, envy and sometimes outright disdain those people who invest in the mineral exploration and mining markets. I have seen and reported on many of the bright, clever people who make a lot of money in the sector, and those who have gone bust when the commodities cycle turns from bullish to bearish.

Still, I believe there is money to be made in the sector, which produces many of the everyday products people need to survive and thrive in society today — from smartphones and computers to medical equipment and automobiles. That doesn’t mean all mining companies make good investments, of course. What it does suggest however is that how you invest — and over what time horizon — can make the difference between losing your shirt or sailing off into the sunset.

So how do I plan to be the exception (or at least go down trying)? I’m starting the old-fashioned way, by getting educated on the market. I refer to myself as the “common man” because despite a career covering the business as a reporter and working alongside industry executives and stakeholders, I’m still very much a novice investor. I have dabbled a bit in mining stocks in the past, but never taken it too seriously. I’m not much of a gambler either, which is evidenced in my decision only to play the penny machines during my few visits to Las Vegas.

This time, though, things will be different — at least that’s the goal. I plan to take some more risks and get my hands dirty, digging out as much information as I possibly can about potential future investments, then sitting white knuckled by the computer to see how my research pays off.

If any of this sounds interesting, here’s the benefit for you, the reader: I will be sharing my experiences in this new, regular column being published by the Investing News Network. The investment observations, mistakes and (hopefully) successes I make will be documented for others to see and experience — all with the understanding that things could go either way. Readers following along could be witnessing a “rags-to-riches story,” or the mutterings of a delusional man about to learn the harsh realities of investing in junior mining stocks. Either way, there will be lessons for anyone interested in the plot of a common man running his own modest, pure-play mining portfolio.

My next column will be about my first full-time foray into the junior mining sector, starting with my recent trip to the annual PDAC convention in Toronto, the world’s largest mining event. I plunked down $2,663 from my TFSA as an investment in my new investing career. Find out what happens in my next column, coming soon.

If you are not a Canadian resident, you won’t have a TFSA. That means your investment gains are subject to your local capital gains tax, unless you have some other investing vehicle that allows you to accrue gains without paying taxes, such as an IRA in the US or an ISA in the UK.

Regardless, I hope to realize gains that will lead to significant income, and am happy to pay the necessary taxes on investments.

Robert spent several years as a business journalist for some of Canada’s most respected media outlets. After a long career as a print journalist and a long-standing interest in how the media affects public policy, Robert became a leading authority on public perceptions. He has created and managed some of the most influential public relations, public affairs and communication campaigns seen throughout North America. Robert was named one of the Top 100 Most Influential People for 2012 by Cambridge Who’s Who for his work and he was also recognized in 2012 by the Canadian Council of Aboriginal Business and awarded the Leadership, Enterprise and Partnership Award for his work in facilitating collaboration between corporate Canada and Aboriginal business. Today, Robert is a high-risk resource investor.