Shareholder activism is on the rise. In the mining sector, the problem is compounded by rising costs and bleak share prices. 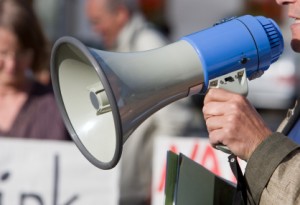 Shareholder activism is on the rise and the dissidents have several agendas, from executive pay that is too steep to company boards that are mismanaged. Last year, a group of nuns from Philadelphia took Goldman Sachs (NYSE:GG) on over its top five executives’ “sinful” pay packages. They had some of their retirement funds invested in the bank.

A bruising proxy battle — where like-minded shareholders combined their voting rights to force an unwilling company to change — between Canadian Pacific Railway (TSX:CP,NYSE:CP) and US hedge fund Pershing Square Capital Management — saw CPR CEO Fred Green resign just before the company’s annual meeting in May. A few other board members left their posts in the following months.

“I think frankly the main reason [for shareholder activism] is that we have had a prolonged period of rather mediocre share performance due to uncertainty and volatility in the markets,” Andrew MacDougall, a partner at Osler, Hoskin & Harcourt in Toronto, told Resource Investing News in an interview. “We have seen shareholders looking at their portfolios and concluding that something needs to be done. It is simply dissatisfaction with performance more than anything else.”

He added, “proxy activism is going to continue and it is going to rise in Canada. Part of what we are seeing in Canada is the movement northward from the US of activist shareholders who are now taking, or willing to take, more action with respect to Canadian companies.”

Proxy fights and activism are also on the rise in the mining community. Roxgold (TSXV:ROG), a Vancouver-based junior developing three mining concessions in Burkina Faso, postponed its annual meeting to September 25 from July 12 after it came under pressure from a group of shareholders, the Financial Post reported. Roxgold postponed because of dissident shareholder Oliver Lennox-King, who said three days before the July 12 meeting that he intended to submit an alternative slate of directors.

Lennox-King claimed he had proxies for 28.5 percent of Roxgold. The newspaper reports that support for his stance grew, and later in the week another 28 percent of shareholders contacted him to express their endorsement of his proposed changes. Shares of the company have fallen more than 60 percent so far this year.

Baja Mining (TSX:BAJ), which is building its Boleo copper–cobalt–zinc–manganese venture, of which it owns 70 percent, has been involved in a vicious proxy fight with its biggest shareholder, Mount Kellett Capital Management, since at least the start of this year. Mount Kellett wanted to install two independent members on Baja’s board, claiming the company needed better corporate oversight. But on April 3, Baja’s shareholders voted to keep the current board. Two weeks later Baja announced a shocking $246 million cost overrun at Boleo, along with resignations from some board members. Mount Kellett did get its men on the board.

However, Mineweb reported earlier this month that two directors who represented Mount Kellet’s interests resigned after just a few months on the job. Their resignation came less than a week after Baja announced it had signed a financing deal worth up to $90 million with its 30 percent Korean partner. Baja Mining’s shares have fallen more than 90 percent so far this year.

“In the mining sector, shareholder activism has been compounded by the fact that we have had very strong commodity prices and then we have had margins squeezed by substantial cost increases,” MacDougall said.

“When you have your commodity prices going up and share prices going up, that can hide a lot of sins and certainly shareholders are not particularly motivated to take a hard look at things. But when your costs go up and your margins get squeezed, then those questions come to the forefront.”

Maudore’s July 9 press release reads like a thriller. It discusses how three men, one of whom had signed a confidentiality agreement with Maudore, conducted a site visit of Maudore’s facility and met with staff. This team, which Maudore apparently trusted, turned into the enemy, publishing the dissident proxy circular and proposing Howard Carr as CEO.

Securities Disclosure: I, Karan Kumar, hold no positions in any of the companies mentioned in this article.