Baja Mining, whose share price plummeted after an unexpected cost overrun, and Barkerville Gold Mines, which recently received a very positive updated NI 43-101 compliant indicated resource estimate, are two companies to keep an eye on during the second half of 2012. 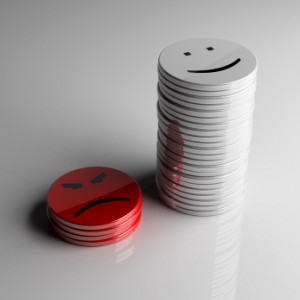 With half of 2012 officially in the books, it’s a great time for investors to take stock of the previous six months and look ahead at some of the factors that may affect the mining sector in the second half of the year.

So far, 2012 hasn’t been easy on mining companies. The European debt crisis and the slowdown in China have weighed on resource prices, which have pulled many mining stocks down with them. However, there have been some developments that point to stronger gains in the longer term. For one, merger and acquisition activity has soared as miners take advantage of the market’s weakness by snapping up profitable assets.

Here are two companies that have received a lot of investor attention in the past six months. Each faces very different challenges as the year progresses, and we’ll be watching closely to see how they fare.

To say that Baja Mining (TSX:BAJ,OTCQX:BAJFF) has had a tough year so far would be an understatement.

Baja is now building its Mexican 70-percent-owned Boleo copper–cobalt–zinc–manganese project, which has an expected mine life of at least 23 years. However, Boleo’s future has been cast into serious doubt due to a number of unexpected developments in recent months.

The company began 2012 mired in a proxy fight with Mount Kellett Capital Management, a US-based investment firm that is also Baja’s biggest shareholder, with a 19.9 percent stake.

Mount Kellett wanted to install two independent members on Baja’s board, claiming that the company needed better corporate oversight in light of what Mount Kellett called “a prevailing culture of nepotism and preference at the Company and a lack of independence in critical decision-making at the Board level.”

Baja countered by warning shareholders that the move amounted to a “creeping takeover,” going so far as to refer to Mount Kellett as a “wolf in sheep’s clothing.” On April 3, Baja shareholders voted 51 percent in favor of maintaining the current board.

The real bombshell came just two weeks later, when Baja stunned investors by announcing a $246 million cost overrun at Boleo, along with the resignations of three board members, which, along with a resignation the previous week, whittled the company’s board down to just three members. The company now estimates the overrun to be around $400 million, up 34 percent from the project’s original budget of $1.168 billion.

Factors behind the overrun include scope and design changes, estimation errors, and higher engineering, procurement, and construction management (EPCM) costs.

The stock was pummeled on the news, falling 58 percent in just two days, to $0.38. It has since drifted down to around $0.18. The company’s CEO, John Greenslade, resigned shortly afterward, and Baja appointed four new members to its board – including the two previous Mount Kellett recommendations, Lorie Waisberg and Stephen Lehner. One of the new board members, Tom Ogryzlo, is now acting CEO.

Baja racing against time at Boleo

Baja is now scrambling to acquire further financing and cut costs at Boleo. For its part, Mount Kellett has refused to provide further debt or equity financing for the project. However, according to Reuters, it did say that it will consider further financing if Baja teams up with an investor that has significant experience managing projects like Boleo.

The company recently obtained a 45-day standstill from its lenders and received $21 million through a cash call to its shareholders. That’s enough to keep construction going until August 1. The company has also retained BMO Capital Markets to help it seek out further financing options.

To make matters worse, Baja is now the target of a lawsuit from its second-biggest shareholder, Louis Dreyfus Commodities Metals Suisse. France-based Dreyfus is seeking the removal of some of Baja’s directors and managers and wants an independent investigation into the cost overruns at Boleo. Baja said last month that it will “defend this action vigorously.”

The company owns the formerly-producing Cariboo gold project in British Columbia, as well as the producing QR mine and mill, also in BC.

The trigger for the gain was Barkerville’s June 28 announcement of a NI 43-101 compliant indicated resource of 69 million tons of ore with an average grade of 0.154 ounces of gold per ton (5.28 grams per ton) on Cow Mountain, which is located on the Cariboo property. That’s a total of 10.6 million ounces.

The company also said there is the potential to find a total of 65 to 90 million ounces of gold along the Island-Cow-Barkerville trend, an area that makes up about 10 percent of the 1,118-square-kilometer Cariboo property.

The company said the findings are based on over 7,100 drill holes totaling 347,000 meters. The drilling was done by Barkerville and previous owners of the property. President and CEO Frank Callaghan hailed the results, saying that they put the project in the “world class” category.

These numbers are a huge jump from the 2006 estimate compiled by Giroux Consultants. That study put Cow Mountain’s indicated resource at 6 million tonnes grading 2.23 grams of gold per tonne for a total of 431,000 ounces, plus an inferred resource of 91,000 ounces.

That gap raised eyebrows among some in the investment community, particularly geologist Brent Cook, editor of mining-investment newsletter Exploration Insights. “It can’t go from half a million oz. at half the grade to 10 million ounces at twice the grade, you can’t do that, it doesn’t happen in reality,” said Cook.

“It got me to pull out my copy of Gold Today, Gone Tomorrow,” he added, referring to the book about the Bre-X scandal.

Quintin Hennigh, another geologist who writes for Exploration Insights, asked why Barkerville put all of the 10.6 million ounces in the indicated category, considering early-stage estimates normally have a large amount of mineralization classified as inferred. Hennigh, whose comments on the Barkerville find have been widely reported, also raised questions about the company’s use of historical drill data, telling The Financial Post: “In all the projects I’ve been associated with, the resource model chose not to use historic data in a detailed block model.”

According to National Instrument 43-101 rules on filing a technical report on a resource estimate, a company must file an “independent technical report” if total mineral resources or reserves at a property increase by 100% or greater.

The rules also say that technical reports “… must provide sufficient detail for a reasonably knowledgeable person to understand the nature and significance of the results…” but “…we do not think that technical reports need to be a repository of all technical data and information about a property or include extensive geostatistical analysis, charts, data tables, assay certificate, drill logs, appendices, and other supporting technical information.”

Investor enthusiasm about the Barkerville find appeared to be waning by the end of the week; the stock is now down to $0.97, though that’s still up from the $0.81 it traded at before news of the discovery broke.

Barkerville said that due to the large size of the property it will continue its exploration for many years. It also said it has the necessary permits to start open-pit mining of the Bonanza Ledge deposit on Barkerville Mountain, and anticipates that it will begin applying for permits for an open-pit operation on Cow Mountain.