Spot aluminum premiums have climbed to their highest price in nearly five years, in the face of mounting warehouse stockpiles. The amount of aluminum stored in warehouses has climbed to a 32-year high. 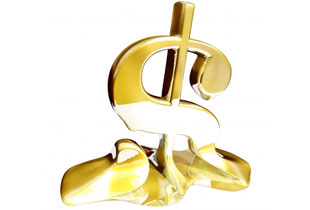 Spot aluminum premiums have climbed to their highest price in nearly five years, in the face of mounting warehouse stockpiles.  The amount of aluminum stored in warehouses has climbed to a 32-year high.  The high-stockpile, high price situation is dangerous to aluminum’s future with traders claiming that new ETF’s for aluminum will increase the surplus. Alcoa predicts that regional aluminum premiums to remain solid throughout 2010 as global consumption increases 10 percent and a significant majority of London Metal Exchange stocks remain locked up in warehousing deals.  Citigroup projects that over the next four years, rising prices will prompt producers to rev-up output. This output will far exceed consumption, and if the financials decide to abandon their aluminum positions, the metal’s price will experience a precipitous drop.

Norway’s Norsk Hydro ASA will purchase an aluminum business unit from Vale S.A. (NYSE: VALE) for $4.9 billion, the largest-ever international acquisition by a Norwegian company. The acquisition will entail full or partial ownership of mining, alumina-refining and alumina-production facilities. Last Tuesday, Norsk released its first quarter earnings report, which indicated that the company returned to profitability on the period and grew its revenue by 10 percent.

Pessimistic manufacturing data out of China on Monday reminded the globe how critical the country’s economy is to the entire base metals complex as copper fell to a nine-week low in London and New York. Adding more downside pressure was resurrecting concerns from risk-adverse investors over the health of the EU economy. China consumes about a third of the world’s total copper demand, which is why the country’s aggressive stimulus buying in 2009 resulted in the metals 38 percent price appreciation. The copper purchased in 2009 largely went into stockpiling, and not actual use.  With China’s appetite waning, some analysts are concerned that copper prices are vulnerable to an even deeper short-term correction.

A purchasing managers’ index released Monday by HSBC Holdings Plc and Markit Economics slid to a six-month low of $55.4. Futures for July delivery dropped 3.05 cents, or 0.9 percent, to $3.263 a pound at 8:09 a.m. on the COMEX in New York. Copper for delivery in three months fell 3.3 percent to $7,186 a metric tonne on the London Metal Exchange.  In India, a strong domestic market inched copper futures upwards, but they were capped by the doldrums experienced by the London and New York markets.

Copper market optimists claim that the market still has strong fundamentals, copper consumption in the U.S., European Union and Japan is expected to grow about 7 percent in 2010. The metal has solid long-term support in the fact that many believe world-wide copper demand in coming years will outstrip new mine capability. The International Copper Study Group expects copper demand to grow 5.1 percent in 2011 as the rate of economic recovery in major copper consuming regions accelerates.

Diamond giant De Beers, whose financial statements have been hurting since the economic downturn, has announced that it will cut production from 48 million carats in 2008, down to 40 million in 2011. In 2009, De Beers lost $743 million as it slashed production to just 24 million carats.

The company has been outspoken recently, saying that long term diamond supply is in decline. The move may be a marketing ploy from the company that created the engagement diamond frenzy with arguably the most famous marketing slogan of all time, ‘A diamond is forever.’ De Beers has moved its campaign to China where tradition reigns supreme with gifted jade and gold as tokens of marital bliss. Diamonds are more recently becoming the preferred symbol of love, and as a result, China is now the world’s second largest consumer of diamonds.

However, the company may be speaking the truth, and looking to extend the life of its mines by cutting production. Whether this is a marketing ploy or not, one thing is for certain, the cut in production from the world’s largest mines will drive up the costs of stones. “Assuming the move moderated production, rough diamond prices could rise by at least 5 percent per year for the next five years,” according to Des Kilalea, analyst at RBC Capital Markets.

One of the largest prospects for future supply is Stornoway Diamond Corporation’s (TSX: SWY) Renard project, with a potential for 20 to 40 million carats. The main benefit from Canadian stones is the political stability of the country, as opposed to ‘conflict or blood diamonds’ from fields such as the Marange field in Zimbabwe.

Peregrine Diamonds  (TSX: PGD) has also released new information on their Nanuq diamond project, located in Nunavut, Canada. Peregrine’s President, Brooke Clements remarked, “The project has great exploration potential and our three diamondiferous kimberlite discoveries there in 2007 give us optimism that large kimberlites . . . We are very fortunate to have the diamond exploration one-two punch of our Chidliak and Nanuq projects, two of the most promising diamond districts discovered worldwide since 2007”.

Iron ore prices have more than doubled over the last six months, which leaves the mining producers operating at depressed price levels that were set at now irrelevant marks. Steel manufacturers suggest that end-product demand has yet to pick up, and that higher pricing premiums are unsustainable.

The China Iron & Steel Association (CISA) has responded to the new pricing regime by calling on Chinese steel producers to boycott the three largest iron ore producers. Iron ore demand is increasing among Chinese steel makers and the CISA lead boycott is simply not credible. Iron mining companies recognize this and will not relent from their position, which grows stronger every day that global demand recovers and ore prices rise.  Despite its importance as the key global importer, China is losing clout in the iron ore market.

Last week, Largo Resources (TSX-V: LGO) announced conditional approval for a debt-financing program to develop their Maracás Vanadium property in Bahia, Brazil. Largo’s plan calls for a combination of debt and equity, with Itaú BBA leading a consortium of financial institutions to provide US$150 million.  The property’s NI-4301 report suggests Maracás is the world’s highest-grade vanadium deposit at two to three times the size of any other known vanadium deposit, in any stage of development or production.

Before Largo can start development, they need to secure an estimated US$250 million to finance the project and the company is trying to do so without diluting ownership of the project.  In March, Largo acquired an additional 33.5 percent interest in Maracás and now holds an 80 percent interest in the property and still has the option to increase that amount by an additional 10 percent from Vale and Odebrecht.