Nickel prices have been increasing steadily over the last year and are trading around $22,700. Nickel has rallied around 20 per cent this year making it the strongest performer of the base metals complex. 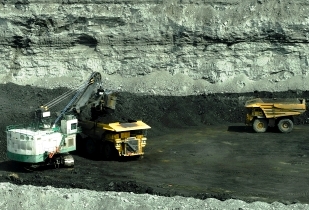 A string of new developments from India forecasts a strengthening diamond industry. Surat’s diamond processing industry had been hurt by the economic downturn. Almost half of the employees in the country’s diamond center were laid off, and output had been cut drastically. However, the increase in demand not only from China, but worldwide has fueled the rebirth of India’s diamond sector. On Friday, a deal was announced between Russian diamond giant Alrosa and three major Indian diamond processors.

Diamond India, Rosy Blue, and Ratilal Becharlal and Sons have announced a $490 million deal with Alrosa to supply rough diamonds over the next 3 years. Whether or not the purchase is per year, or over the three year deal is still unclear. This marks the first wave of deals between Indian companies dealing directly with miners. “This agreement will lead to cost savings of at least 3-4% for the companies, as it is a direct deal with the miner, bypassing the other centres,” said Vasant Mehta, chairman of the Gems & Jewelry Export Promotion Council.

The boost in demand for diamonds not only from the emerging Chinese diamond market, but worldwide as well has enhanced Surat’s diamond industry. As of now the city is operating at 80 per cent of pre-downturn levels; and with increasing world demand and a new supplier of rough stones, Surat’s diamond sector should be back to its full output levels soon. Considering that 11 out of every 12 diamonds sold worldwide were processed in Surat, the return to full operating levels shows a robust recovery.

India’s polished diamond exports were up by 11% to $13.8 billion from the previous fiscal year, while polished diamond imports increased 15.5% to $8.5 billion. Over the same period, rough imports were down by 3% at $7.13 billion, while rough exports ended 13% lower at $584 million.

Last week saw upwards of $1.6 billion in loans from Chinese banks for mining projects, the main beneficiaries being Quadra Mining (TSX: QUA) and General Moly (TSX: GMO), which should attract  investors and additional companies to look for project financing.

A new report from JP Morgan foresees sustainable growth for molybdenum prices over the next two years. The report on Thompson Creek Metals predicts a 55% increase in price due to a lack of new sources, as well as an increase in global industrial production. Prices for the silvery metal have been gaining since November on demand from Asia and the US. Unusually tight credit markets last year restrained growth for many mining companies; however, credit is again flowing.

Thompson Creek Metals (TSX:TCM) and Antofagasta Minerals (LON:ANTO) are both seeking to increase output levels to capitalize on positive price forecasts. Thompson Creek Metals has announced that it is seeking $1 billion for new acquisitions to expand output in response to growing demand. The company, which operates two North American mines, is seeing new opportunities in South America and Australia. Antofagasta Minerals and its joint-venture partner Barrick Gold Corp. (TSX:ABX) are looking for financing for a $3.3 billion project in Pakistan.

Nickel prices have been increasing steadily over the last year and are trading around $22,700 per ton. Nickel has rallied around 20% this year making it the strongest performer of the base metals complex.  But, numbers like these are still of little comfort to longer term nickel investors– not after watching prices hit historic highs in February 2007 only to be followed by a serious tumble.

The world’s largest nickel supplier, Norilsk Nickel, which suspended its operations in Australia ,suggests it won’t restart idle capacity until prices reach $25,000 per ton. With stainless-steel makers’ reported increase in orders and production, London-based research group CRU says there will be a nickel deficit for the first time in four years. With a 20,000-ton shortfall forecast for 2010 after a 45,000-ton surplus last year, demand may continue to push nickel prices higher.

Brazilian miner Vale (NYSE:VALE) had said it would push its Sudbury operation in Canada towards full output; but recent talks have broken down after many thought the two sides were close to a deal.  Workers at Vale’s Canadian operations have been striking since July 2009 after the company purchased Inco in late 2006 for $17.6 billion.

Vale argues nickel producers in other parts of the world, mostly in low-wage developing countries, have a competitive advantage over Canadian operations and wants to address an employee bonus linked to the nickel price, and to convert the employee pension plan from a defined benefit to a defined contribution model.

On Wednesday night, a special episode of Law and Order: Special Victims Unit aired with the storyline revolving around the sexual violence against women being committed in epidemic proportions on a daily basis in eastern Congo, where armed groups use rape as a tool in their domination of the region’s mineral resources.   The public outcry against conflict minerals is already having an impact on the industry. With pressure mounting to provide transparency and responsibility in the supply chain for the electronics industry, the investment case for miners exploring for tantalum in conflict-free regions is increasing.

Two such tantalum explorers can be found in Canada. For now, the country only has one producer, the Tantalum Mining Corp. of Canada (Tanco), a subsidiary of Cabot Corp.

Avalon Rare Metals (TSX: AVL), recent winner of the 2010 PDAC Environmental and Social Responsibility Award, is a junior exploration and development company with five rare metals and minerals projects (three advanced-stage development) in Canada.  On Thursday, shares of Avalon on the TSX were trading at $2.53.

Vancouver-based Commerce Resources’ (TSX.V: CCE) Blue River Tantalum-Niobium Project is located in the Kamloops Mining Division of British Columbia.  The company is aggressively moving forward on a significant exploration and development program on the property, especially focused on bringing the Upper Fir deposit through the development stages and towards production.

In an interview with The Gold Report Wednesday, Mike Kachanovsky, aka ‘Mexico Mike’ of Investor’s Digest of Canada, discussed the reasons he owns shares in Commerce Resources including its “very strong management team,”  its “commitment since 2005 or perhaps even earlier to projects that are primarily leveraged to … exotic metals,” and a “strong balance sheet with plenty of cash.”  On Thursday, shares of Commerce on the TSX-Venture were trading at .34 cents.