VIDEO - Michael DiRienzo of the Silver Institute on Silver’s Performance 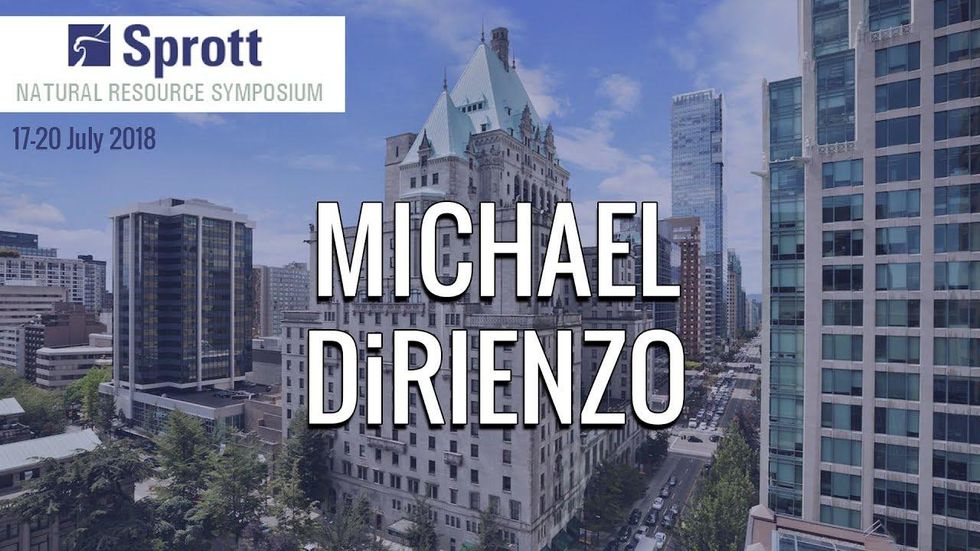 At this year’s Sprott Natural Resource Symposium, the Investing News Network (INN) caught up with Michael DiRienzo of the Silver Institute.

Speaking about silver’s performance during the first half of 2018, DiRienzo said the precious metal had underperformed what his expectations were earlier in the year.

“There’s no question about it, but the good news about that, if there is any, is that there’s a lot of room for improvement.”

In terms of supply, DiRienzo said the Silver Institute is tracking output very closely, as the last two years have followed 13 years of uninterrupted mine supply growth.

Looking over to demand, the electronics and photovoltaic sectors have been performing very well, according to DiRienzo.

“Automotives is [also] an area that we’re really following closely and it’s not just the safety features in vehicles, which require silver, but it’s also electric vehicles and those electrical charging stations that require silver,” he added.

Watch the video above or read the transcript below to learn more about silver demand and supply dynamics, price performance and what’s next. You can also click here to view our full Sprott 2018 playlist on YouTube.

Investing News Network: We’re here at the Sprott show in Vancouver, how are you finding the event so far? Are investors interested in silver?

Michael DiRienzo: They really are and I tell you what, how I know that, we did a breakfast this morning and it was the room is completely jammed up. So we were excited to see that. It’s my first time to this particular conference and I’m really amazed at the number of people that are here, but also the level and depth of the speakers that are, throughout the day and throughout the week. So yeah, I’m very happy.

INN: That’s great. So, let’s talk about silver and silver’s performance this year. Has the market performed as you expected at the start of the year and do you see that changing in the next two quarters?

MD: We think it will change. It certainly underperformed what our expectations were earlier in the year. I think we are looking at it upwards of $18-$19 average silver price. As we stand right now, we’re looking at $16 and change for an average price so it has underperformed. There’s no question about it but the good news about that if there is any is it there’s a lot of room for improvement. So we did see the fundamentals of the market tightening up and we’re looking forward to the second half which has kicked off.

INN: Alright then in terms of demand is there a particular sector that you’ve seen grow faster than expected and which one has performed not as well or declined the most?

MD: Sure, so the electronic and electrical sector is doing very well. So is photovoltaics. Last year, we did 94 million ounces of silver in that particular application. We’re gonna be roughly right around the same, if not a little bit higher this year and the following year. Automotives is an area that we’re really following closely and it’s not just the safety features and vehicles which require silver and the context and so forth. But it’s also electric vehicles and those electrical charging stations that require silver. And we just put down a report which, is available on our website, where anyone can go and look, it’s called the Silver’s Role in Green Technologies. So we’re excited about it. Those two sectors, we think are gonna do very well along with electrical and electronics. In terms of what sectors may not do as well, well I don’t know on the industrial side we’re predicting a good rise. It’s in the investment side that’s really sort of vexing everybody.

INN: And in terms of supply, there are particular region that gives you supply increase so far this year or that you expect or has potential in the future?

MD: Yes, we looked at it, we’re tracking that very closely and the last two years have followed thirteen years of uninterrupted mine supply growth. So 2016 and 2017, we were less mine supply to the market. This year we’re forecasting a small maybe 13 million ounce increase primarily led in Mexico and Peru. So 1.6, 13 or 14 million ounces or so of additional supply to the market is what some are predicting and we do think Mexico and Peru will again be the leading mining countries in the world.

INN: So to sum up, will we see a deficit in the market, surplus or will it remain balanced this year?

MD: That’s an interesting question. Last year’s deficit was not significant. It was 26 million ounces, according to Thomson Reuters GFMS. I haven’t seen any predictions in terms of where we’re gonna be, but even when you have these deficits prices are not acting accordingly. So 26 million ounces, 113 million ounce deficit a few years ago and the price is not performing as the silver price where it should be.

INN: This is my last question for you, Michael, today. Do you expect silver to outperform gold this year? Does the metal have that potential to do so?

MD: It certainly has the potential to do so. Look at the ratio between gold and silver is at a very high level: above 80. And today we’re having a good day in the markets but it’s really been fickle back and forth. Then silver has traditionally followed gold or trailed gold and went up with it but these markets are not acting the way they used to. We think silver has some unique characteristics where investors can take a look into, not only it’s investment potential but also it’s industrial uses. So we think it has the potential to be an outlier from the precious, in all the precious metals but we’ll just have to see.