Precious metals have been defying conventional wisdom in regards to the Eurozone debt crisis. For silver, the problems are exacerbated by the metal’s role as an industrial and investment metal. Silver’s price going forward depends on reduced volatility stemming from a debt relief plan. 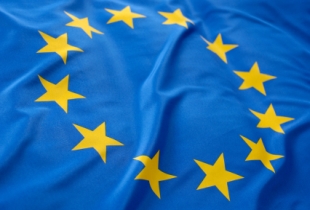 Silver with its unique dual role as an investment and industrial metal will continue to display volatile trading until the issues surrounding the Eurozone are resolved. Sentiment in the world’s financial markets is fragile and investors are seeking liquidity in these uneasy times. Not only are investors looking to cover margin calls, but doubts over the industrial demand for the metal linger on. The need for a credible plan to deal with the debt problems in Europe is a key factor for silver prices. Yesterday the market closed down for the second consecutive trading session, loosing $0.01, to $34.03 per ounce.

“China also has a vested interest in shoring up its biggest trading partner, with which it had bilateral dealings worth €363 billion ($503 billion) last year, almost 10 percent of the total global-trade flow. China’s growth prospects depend heavily on Europe’s consumers,” reported Leo Cendrowicz, for Time.

“Photovoltaic applications were growing fast, but now some countries are stopping the subsidies… which is going to make it very difficult to maintain a very high rate of production,” stated Jamie Lomelin, CEO of Fresnillo Plc (LSE:FRES).

Yesterday, Italy sold off 5 billion euros’ worth of T-bill’s, however, the problems faced by Italy and Europe are far from being resolved. The Italian default risk is still high, a negative factor for safe haven assets in the coming days and weeks.

Speaking about the Italian and European debt crisis, Vince Lanci an analyst with FMX connect,  described how this effects gold, “Italian bond yields are spiking, margin calls are going out, and people are being told to liquidate assets for margin calls.” The price of silver is highly tied in with movements of the gold market, and both metals have responded similarly to the Eurozone crisis.

Adding to the instability, are rumors that France’s credit rating could be downgraded by Standard & Poor’s which is playing into the volatility. Panic selling in the wake of all this uncertainty in Europe would prop up the dollar, hurting the precious metals further.

The liquidation of long positions may be a healthy for silver. “Futures market positioning for silver is at its lowest level since May 2009, with a net long position of just over 17,000 contracts. The clear‐out of long positions provides a support base for silver prices, as long as financial market uncertainty (and volatility) begin to ease,” stated Nicholas Brooks and Daniel Wells of ETF Securities.

Seemingly the only way to deal with the debt crisis is for the ECB to keep interest rates low, and continue with loose monetary policy, in other words for the printing presses to remain on. The loose monetary policy will continue to support silver going forward. The key is to calm the uncertainty and volatility in the market that frightens investors in silver over the industrial demand, and forces liquidation of assets. A sound solution to the problems in Europe will hopefully come quickly.