Argentina is South America’s second largest economy and ranks 10 on The Silver Institute’s list of top silver producing countries in the world. In 2010, Argentina produced 20.6 million ounces of silver. 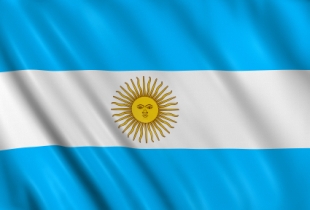 Argentina’s mining industry is rather young, with significant mining operations developing recently over the last two decades. In 1993, mining legislation took a more friendly turn for foreign companies and by 1995 mining exports had surged 33 percent; by 2006 mining investment had reached $1.27 billion.

The burgeoning mining climate in Argentina is not without its drawbacks. “Political uncertainty and the relationship with the local authorities and communities are the main challenges for the development of mining in Argentina,” according to an extensive article on the topic in the Engineering and Mining Journal.

Other challenges include a shortage of mining infrastructure and service providers compared to more advanced mining-focused countries in the region like Peru and Chile. Concerns of potential environmental issues can also weigh heavily on politics in several of Argentina’s provincial governments. Each province controls the natural resources in its own jurisdiction, meaning the procedures for environmental studies and licensing approvals can vary across the country. Eight of Argentina’s twenty-three provinces have banned open-pit mining and the use of toxic substances including Tierra del Fuego, Chubut, Córdoba, Mendoza, Neuquén, Río Negro, Tucumán and San Luis.

In October, under the leadership of second-term President Cristina Fernandez de Kirchner, Argentina’s government ordered oil, gas and mining companies to repatriate all future export revenue citing the need to curtail capital flight as the country’s central bank attempts to sustain a gradual depreciation of the peso and stem inflation. Previously, mining companies had only been required to repatriate 30 percent of export revenue.

While the market reacted poorly to the news placing significant sell-off pressure on several mining companies with Argentinean operations, analysts report the reaction was a bit overdone and based on misunderstanding. Investors may have interpreted the decree to mean that producers could no longer transfer earnings offshore to pay earnings dividends. Rather, the new law means export revenues from mining projects will need to be repatriated and converted to Argentine currency, and then can be converted back to dollars or other currencies before being redistributed overseas as earnings dividends. Similar requirements are already on the books in Chile and Brazil.

Great potential despite the politics

Many in the industry still see great potential in Argentina, including Geologist Bruce Smith, Exploration Manager for the Grosso Group, Argentina. Speaking in an interview earlier this year with the Wine Republic, an English publication in Argentina, Smith said he believes the Latin nation has the potential to be among the world’s top five mineral producers, but hurdles remain.

“Argentina has phenomenal mineral resource potential. It could be a wealthy country for its mineral resources, and it has huge potential to develop,” said Smith. “But it hasn’t developed a great resource industry yet because the politics are complex and it doesn’t have a strong tradition or culture of mining.”

In its “Argentina Mining Report 2011,” market research firm Business Monitor International (BMI) stated it “believes that Argentina’s mining sector holds significant potential.” BMI sees the total value of the nation’s mining sector rising from US$10.62 billion in 2010 to US$18.57 billion by 2015 with “strong growth in output of gold, silver and copper over this period . . .  we would stress that the potential rewards of Argentina’s mining industry are likely to improve over the medium term as there are numerous expansion and exploration projects underway, with vast swathes of the country still not fully explored.”

The following is a selection of producers and explorers in Argentina.

Silver Standard (NASDAQ:SSRI,TSX:SSO) holds the world’s twelfth largest silver producing mine, the Pirquitas mine in the province of Jujuy. The mine first reached commercial production in December of 2009. In 2010, the mine produced 6.3 million ounces of silver. Production for 2011 is expected to be 8.5 million ounces.

AngloGold Ashanti (JSE:ANG,NYSE:AU) along with the provincially-owned Formicruz (7.5 percent interest) holds the Cerro Vanguardia gold-silver mine in the mining-friendly and resource-rich province of Santa Cruz. The mine has been in production since 1998 and the discovery of the epithermal vein deposits in 1978 marked the beginning of precious metal mining and exploration in the province. Cerro Vanguardia is not a primary silver mine as the white metal is produced as a by-product.

Also in the province of Santa Cruz, Hochschild Mining (LSE:HOC) and Minera Andes (TSX:MAI) together hold a 51 percent and 49 percent interest, respectively, in the San Jose silver-gold mine, the world’s fourteenth largest silver producing mine. Minera Andes’ geologists first discovered the mineralized system in the mid-1990’s. The mine lies in the Deseado Massif region, now known for its abundance of precious metals resources, 20 km north of Goldcorp (NYSE:GG)’s Cerro Negro project. In 2010, San Jose produced approximately 5.3 million ounces of silver and 84,000 ounce of gold. For the first half of 2011, production totaled approximately 2.9 million ounce of silver and 39,000 ounces of gold. Further discoveries on the property indicated mine life could be extended to 2020.

Pan American Silver Corp. (NASDAQ:PAAS,TSX:PAA) is another major player in the province of Santa Cruz where it operates its wholly-owned primary silver mine, the Manantial Espejo also located in the Deseado Massif region. Mining began as recently as the end of 2008 with the commissioning of a process plant and the poring of the first gold dore. The mine reached a capacity of 2,000 tpa by the close of Q1 2009. In 2010, the mine produced approximately 4 million ounces of silver and 63,000 ounces of gold.

Argentex Mining (TSXV:ATX) is exploring multiple properties inSanta Cruz including the advanced silver and gold exploration Pinguino project within the Deseado Massif region. As of late October 2011, the company had completed over 56,000 meters of drilling in over 500 holes on 19 veins which resulted in the identification of more than 50 individual vein segments compromising more than 75 line-kilometers of strike length. Included in the results from the most recent drill work was a return of 26.0 meters of 145.7 g/t silver and 0.26 g/t gold from the Marta Norte vein.

Minsud Resources Corp. (TSXV:MSR) recently announced the results from Phase 1 drilling at its Brechas Vacas property within the Chita Valley Project in San Juan,Argentina. Results included intersects of 72.0 g/t silver and 0.23 g/t gold over 13.0 m and 393.0 g/t silver and 0.44 g/t gold over 1 meter confirming the continuity up to 220 m depth of a mineralized corridor previously found by surface trenching and drill hole MSA08C over an area of 300 m long by 30 m wide.

I, Melissa Pistilli, hold no interest in any of the companies mentioned in this article.

6 responses to “Silver Mining in Argentina”