Despite the diversity of silver’s sources, there are three nations that are by far top ranking producers, making them silver hotspots. 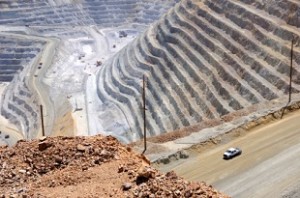 Silver mining is a diverse affair as the metal is extracted around the globe from a long list of countries. But, despite the number of sources, there are three nations which are silver hotspots because their production volumes exceed the others by great lengths and there are no apparent threats that they will be robbed of their top ranking statuses.

Dr. Thomas Chaize, a raw materials specialist, described Mexico and Peru as the two pillars of world silver production. He stated that the countries are to silver what South Africa is to gold and Saudi Arabia is to oil.

Of them, Mexico has now become the dominant pillar. The nation’s silver production surpassed that of Peru in 2010 according to Sergio Almazan Esqueda, Director of the Mexican Mining Chamber.

Last year’s figures credit Mexico with the production of nearly 129 million ounces of silver. In the first half of 2011, Mexico’s silver output had reportedly already surpassed 66 million ounces, showing that production has grown and providing support for projections of further growth.

Fresnillo (LSE:FRES) is recognized as a playing a prominent role in the expansion of Mexican silver mining. The company opened the Saucito mine this year, which it now operates in addition to the Fresnillo silver mine, one of the world’s largest.

Mexico is considered a location ripe for further growth in silver production. It has an impressive record of attracting foreign investment, especially from Canadian interests. Between 2010 and 2012, over $13 billion in mining investments is expected and a significant portion is projected to be spent on silver mining projects.

Despite being stripped of its heavyweight title, Peru’s silver mining sector would have to experience a severe, almost unimaginable, decline for it to lose its silver hotspot status. Last year, the nation produced 116 million ounces of the white metal. From January to August of this year, Peru’s production was reported at approximately 71 million ounces.

In conjunction with being a silver-rich nation, Peru is considered a mining friendly nation, with a pro-mining president, Ollanta Humala. The recent declines in silver mining have been blamed on factors such as bureaucracy, labor strikes and community outlashes against miners. The government recognizes the positive contributions of the mining sector and has announced its commitment to cracking down on violent protests.

Declines were also attributed to reductions from Volcan, a mining major, which was busy implementing an optimization program. In post-Q1 2011 correspondence, Volcan said the outcome of these efforts, designed to lower costs and boost efficiency, and the company’s investments in production growth were good. Volcan said volume reductions were compensated by higher grades and greater recovery. And, the company also claimed the title of the first Peruvian silver producer to exceed output of 20 million ounces.

Despite the difficulties, Peru has seen healthy investments in mining and optimism for the future appears well warranted. The Engineering and Mining Journal says, that in addition to the world class operators that have already been attracted to Peru, others are following developments closely. The publication also says that companies continue to harvest the results of the dollars put into exploration.

By 2010, China was credited with producing over 99 million ounces, making it the world’s third largest producer of mined silver. The nation is considered a silver hotspot because in addition to its production growth, its appetite for the white metal has grown so large that China has converted from a net exporter to a net importer of the metal.

Silver is produced in China largely as a by-product of other mining efforts and as they grow silver production is also likely to grow. For example, CPM Group predicts that Jiangxi Copper (SHA:600362), which produced 14.8 million ounces of refined silver last year, may supply 15.6 million ounces this year, a production rate exceeding 8 of the top 20 silver producing nations.

There are also projects that are expected to come online in the next few years that will boost China’s silver production even further. However, given the size China’s appetite for silver products ranging from medals to investment bullion, it’s unlikely that the nation’s production will gain pace with its demand in the near future. CPM Group says China’s production could total nearly 105 million ounces in 2011. However, fabrication demand this year is projected to exceed 177 million ounces.

I, Michelle Smith, do not hold interests in any of the companies mentioned in this article.