While supporters of the new CFTC rule expect it to prevent large firms from taking too large positions in commodities and causing inflated prices, there are those who caution that it will only push commodities investors to markets outside of the United States. 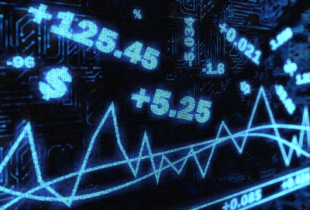 Last week, the Commodity Futures Trading Commission (CFTC) approved a new rule that will limit trading in the commodities market in the hopes of curbing alleged excessive speculation and the potential for manipulation. However, the rule is not expected to be enforced until 2012 or even 2013. Congress has ordered the CFTC to study the impact of the new rule on the market 12 months after the limits take effect.

Split along party lines (3 Democrats vs 2 Republicans), the new rule comes after the Dodd-Frank Wall Street Reform and Consumer Protection Act gave the CFTC the authority to limit trading in the US derivates market and is aimed at limiting the positions an investor (including hedge funds) can hold in various commodities contracts.

For years the CFTC has placed restrictions on any one firm’s positions in a number of agricultural commodities, but the new rules also place position limits on energy-related commodities such as heating oil and gasoline, and five metals contracts including COMEX silver, COMEX gold, COMEX copper, NYMEX platinum and NYMEX palladium.

The purpose of the CFTC’s position limits is to prevent excessive speculation in the markets that lead to sharp increases in commodity prices. “Our duty is to protect both market participants and the American public from fraud, manipulation and other abuses. Position limits have served since the Commodity Exchange Act passed in 1936 as a tool to curb or prevent excessive speculation that may burden interstate commerce,” said Chairman Gary Gensler who voted in favor of the new rule.

Will investors take their money elsewhere?

While supporters of the new rule expect it to prevent large firms from taking too large positions in commodities and causing inflated prices, there are those who caution that it will only push commodities investors to markets outside of the United States. Frank McGhee, head dealer at Integrated Brokerage Services LLC in Chicago, told Bloomberg, “ultimately it’s not good for the US market as the people they are trying to regulate can selectively decide which market they want to trade in.”

The CME Group released a statement about the CFTC ruling voicing its concerns that “the rules will encourage market participants to seek hedging and risk management alternatives outside of the United States.”

“The US is not the only commodity exchange in the world, so I would imagine those participants with positions exceeding the new limits (if imposed) will just take their over-limit business elsewhere,” Jamie Greenough, futures representative and investment advisor at Vancouver-based brokerage and commodities futures firm Global Securities, told Silver Investing News. “Orders over several exchanges would be less liquid than one central market (COMEX), and might make the market less transparent, because rather than have a participant report all their positions on the one central exchange (COMEX), they could conceal their full positions from the CFTC by having them spread over several foreign exchanges.”

“The bottom line is, people want to be long these markets and if they can find a way to leverage themselves they’re going to. If a foreign entity offers said vehicle they may go there. This doesn’t address the problem of the (2008 financial) crisis, which was bad mortgages,” said Sterling Smith, commodity trading adviser at Country Hedging, reports Kitco’s Debbie Carlson.

In terms of the impact on the COMEX silver market, Greenough says that silver investors may be at a disadvantage when it comes to limits placed on longer-term contracts due to the small size of the silver market. “It’s interesting to note that the COMEX gold contract is a lot bigger (Open Interest) than the COMEX silver contract, but there is much, much more physical silver in the world than physical gold. Position limits in further months seem to be based on percentage of Open Interest so COMEX silver participants (hedgers and speculators) may be at a disadvantage compared to COMEX gold participants, because of Open Interest versus the availability/amount of physical metal.”

The ability of the CFTC to actually impose such position limits may not come without a legal battle, according to CFTCLaw writer, Felix Shipkevich, a New York-based attorney who has represented banks, broker-dealers, futures and forex firms. Shipkevich reports that industry groups could take the CFTC to the D.C. Circuit Court over its “authority to impose position limits preemptively.”