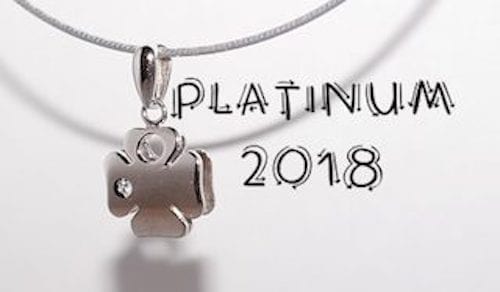 The World Platinum Investment Council released its latest Platinum Quarterly report, revealing that both platinum supply and demand are expected to be down 2 percent in 2018.

Platinum supply is expected to dip thanks to a reduction in the level of recycling in the jewellery sector, while demand for the precious metal has slumped in the automotive, jewellery and investment sectors.

“Today’s report shows that the global platinum market faces a number of key challenges to both supply and demand. As we have remarked in the past, supply remains constrained and we expect this to remain the case for the foreseeable future,” said Paul Wilson, CEO of WPIC.

Supply will slip to 7.91 million ounces this year, with notable declines in South Africa, Zimbabwe and Russia. The council expects a 10 percent fall in jewellery recycling, which is causing platinum output to decline.

On the demand side, automotive demand is forecast to fall to 3.13 million ounces, due to lower diesel production in Western Europe.

WPIC’s report also forecasts that investment demand will be largely flat from 2017’s approximate 250,000 ounces, thanks to demand for bars and coins being outweighed by a marked reduction in exchange traded fund holdings during Q2.

Overall, the market is forecast to be in surplus for the year, with the expectation that it will end 2018 oversupplied by 295,000 ounces.

The drop in platinum interest for the areas of automotive, jewellery and investment are forecast to outweigh an expected increase in demand for platinum from the industrial sector, with a 60 percent rebound in petroleum demand following several refinery closures in 2017.

“An encouraging increase in industrial demand cannot mask a disappointing, but anticipated, fall in demand from the automotive sector. Diesel sales in Western Europe remain weak but we think this story has a long way to run,” Wilson noted.

“We continue to scrutinize the extent to which automakers address declining diesel car sales and are switching out palladium for platinum in gasoline cars, while we have been particularly encouraged by a positive shift in the global sentiment towards the inclusion of fuel cell electric vehicles in the future vehicle mix,” he added.

Despite the drop in investment demand, Wilson notes that indications from Q3 are suggesting that this decline will reverse itself before 2018 comes to a close.

Wilson explained, “[b]ar and coin demand remain encouraging with the launch of new coins in the United Kingdom and bars in China, through the WPIC’s partnership with the Royal Mint and Shenzhen Hengfu Yingjia, announced in July. We look forward to making a number of new announcements in the final quarters of the year.”

Securities Disclosure: I, Nicole Rashotte, hold no direct investment interest in any company mentioned in this article.–

One response to “WPIC: Platinum Supply and Demand to Decrease in 2018”