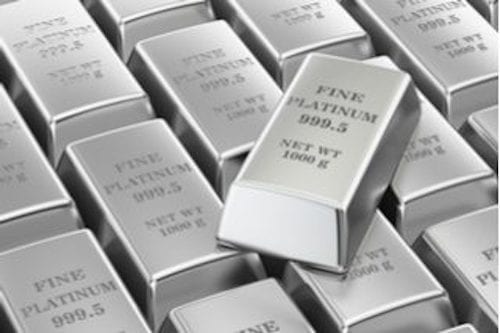 As precious metals take hits from the currency crisis in Turkey and a strengthened US dollar, PGMs have managed to rebound slightly after touching record lows for 2018.

Both platinum and palladium made gains on Thursday (August 16), despite previously falling to 10-year and 13-month lows respectively.

The precious group metals (PGMs) rebounded thanks to a weakened greenback, but were still shaky after falling in response to the ongoing currency crisis in Turkey, which began after US President Donald Trump imposed sanctions on the Middle Eastern country over the imprisonment of American pastor Andrew Brunson.

“The platinum and palladium markets are also feeling the bearish effects of a strong US dollar and the prospects of a world trade war diminishing demand for both metals,” said Jim Wyckoff of Kitco News.

PGM prices have also been effected by ongoing trade tensions between the United States and China and their tit-for-tat tarriffs.

“As the list of products includes metals, this led to a marked downturn in the metals markets, including a huge sell-off in precious metals. Platinum—a critical component in catalytic converters and an essential input in the chemicals industry—was hit due to its industrial usage exposure,” stated FocusEconomics in its most recent report.

Platinum has the additional pressure of being oversupplied because of its large presence in autocatalysts for diesel cars, which have fallen out of favor in recent years.

As a response to the waning interest in platinum, many top producers of the precious metal have declared that they will be reducing production and closing mines.

“Impala Platinum Holdings (JSE:IMP,OTCMKTS:IMPUY) the world’s second-largest platinum miner, stated on August 2 that it would be reducing production, closing several mines, and cutting jobs as part of a major restructuring plan to cope with the high maintenance costs,” noted FocusEconomics.

Despite the declines and bearish forecast, some insiders believe that the market is close to a bottom and the price of platinum could actually be poised for a rebound because of that.

As for palladium, while it has been taking hits as of late, prices are still up from where they were last summer.

As with all of the precious metals, palladium prices are no match for the current landscape of a strong US dollar, broad sell-offs and the ongoing global trade war fears between the US and China.

Even in the face of these issues, insiders are still hopeful for the metal, with FocusEconomics stating, “the metal’s fundamentals are still supporting higher prices compared with last year. The palladium market remains in deficit as demand has outstripped supply for several years, and mine production remains lackluster.”

Going forward, palladium prices are predicted to rise in Q4 of this year thanks to a supply deficit and solid demand for the metal.

“[A] healthy US economy should support higher prices. The uncertain global environment, however, could stroke price volatility,” FocusEconomics noted.

One response to “Platinum and Palladium Make Gains, but Still in Bearish Territory”