With three months left and price down, how likely is a turnaround in the fourth quarter? 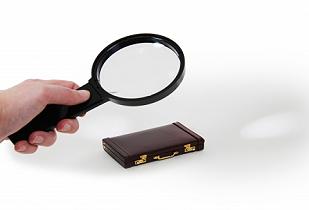 There are those who suggest that platinum and palladium prices must rise. There are those who believe these metals are due for a rally. While these statements may be true, investors should not expect that either will be realized during the fourth quarter (Q4) of 2011.

Though they are deemed precious, these metals have an unshakeable industrial personality which plays a central role in their performance. Platinum and palladium tend to be at their prime when there are robust economic conditions and confident consumers in developed nations, a set of factors that is currently diminishing and that may diminish further.

Current conditions, characterized by volatile markets and economic uncertainty, have not worked in favor of these metals. Prices for both have declined every week this month. HSBC recently changed its 2011 forecasts for the metals, lowering the average price of platinum to $1,825 from $1,850 and dropping palladium’s average from $825 to $785.

HSBC adjusted these figures because they describe this year’s natural disasters as taking a severe toll on Japanese auto production. It is impossible to remove an assessment of the automotive industry from an assessment of either platinum or palladium. The primary use of each metal is for auto catalysts. In 2010, about 60 percent of palladium and 40 percent of platinum was used for this purpose.

If economic uncertainty persists, or worse yet, result in a serious downturn, vehicle sales in developed nations are likely to slump as they have in the past. Furthermore, there are other factors at play that may unfavorably impose on the auto industry.

One example is the strength of the yen, which is taking a toll on the profits from international sales when Japanese automakers attempt to repatriate their funds. Another is the fact that last year, Japan’s tax break for fuel efficient cars ended and this began to drag down demand.

As is true with many commodities, there are high expectations that emerging economies will sustain the markets for platinum and palladium due to their growing vehicle demand. China, for instance, has been a significant presence in the automotive market over the past two years, with sales increasing by 45 percent in 2009 and then 30 percent in 2010.

This year a much smaller increase is expected and it must be kept in mind that China is also the subject of some uncertainty.

David Wilson, Director of Metals Research with Societe Generale, points to the decision by local authorities in Beijing to drastically cut the number of new vehicle registrations allowed this year. Also, in 2008, China reduced the levels of purchase tax on small cars, but this is another stimulus that has drawn to a close. The effects of these actions remain to be seen.

Bart Melek, Vice President and Head of commodity strategy at TD Securities, notes that market participants worry that Chinese monetary tightening may actually be one of the factors that ends up curbing demand. With the future economic outlook the main focus, traders have shrugged off other positive PGM news such as improving auto sales in the U.S. and China and supply issues, he said.

Investment interest in these metals has increased in recent years but there is no evidence to suggest that investors will keep the market afloat if they do not believe that these metals are needed. Investors sentiments toward platinum and palladium is linked to their industrial personalities.

When individuals think of investment in these metals, they tend to contemplate demand, which helps to explain the metals’ poor market performance and the drop in volumes of palladium held in ETFs. Positive change for these white metals will almost certainly be the result of strong industrial activity, not the phenomenal growth of investors’ appetites.

There are only three months left in 2011 for such change to occur and these metals are available at increasingly cheaper prices. The London fix price for platinum at the open of the the year was $1,768. Today it is $1525. For palladium, the 2011 opening price was $792 and today’s is $630.

At this point, a turnaround for these metals is dependent upon economic certainty. Given the figures and the current conditions, there is isn’t evidence to suggest that the prices of these metals will recover in Q4. Even remaining at their current levels will likely prove to be a struggle. If platinum and palladium prices move, investors should look for them to go down.