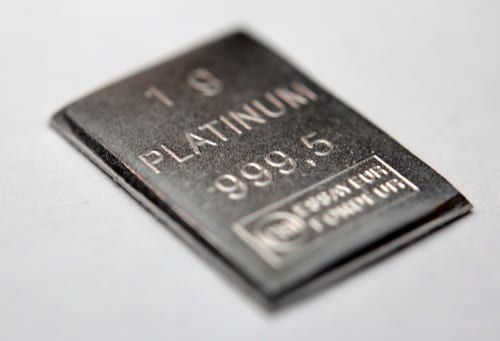 South Africa’s Association of Mineworkers and Construction Union will ask for a large increase in wages for its members later this month.

South Africa’s Association of Mineworkers and Construction Union (AMCU) will ask for a pay increase of up to 48 percent for its members when it begins upcoming wage negotiations.

In a press release issued by the AMCU on Friday (June 14), the union reported that it is looking for a monthly basic wage of 17,000 rand (US$1,145) for its members, saying that the current price of the precious metal makes the increase warranted.

“As a genuine trade union, AMCU remains committed to working with the mandate of our members, in our quest for social justice and economic emancipation,” the AMCU stated.

“We are not like some other yellow unions, where leaders make decisions in the middle of the night without a mandate and conclude deals with managers in boardrooms and restaurants. Our decisions are made at the Mass Meeting, and our members determine what we demand and what we achieve!”

Top platinum miners from around the globe are currently preparing for a fresh round of negotiations with South African workers, as recent profit increases are provoking higher wage demands from labor unions, including the AMCU.

Over the last seven years, the AMCU has lobbied for a living wage of 12,500 rand for its members; however, the organization now doesn’t believe that is enough, based on inflation.

The union sought out Dr. Dick Forslund, an economist, for a briefing on market trends in platinum, in order back up its wage demands.

“Dr Forslund’s research confirmed that our demands are realistic and that our signature demand of 12,500 rand has been eroded by inflation,” the AMCU noted.

“He worked with a very conservative formula of an average of 4.5 percent inflation over the past years since 2012. You will remember that our 12,500 rand demand was born in 2012 in the shadow of the Marikana massacre.”

According to the South African union, the lowest-paid worker in the platinum space currently earns approximately 11,000 rand a month.

However, higher prices for palladium and rhodium, paired with a weaker rand, have resulted in increased profits for miners such as Anglo American Platinum (LSE:AAL), Sibanye-Stillwater (NYSE:SBGL,JSE:SGL), Lonmin (LSE:LMI) and Impala Platinum (JSE:IMP) after several years of losses.

In fact, the AMCU ended a five month strike at Sibanye’s gold operations in April in an attempt to save jobs and create more fairness for its workers. The union also made several attempts to stop the sale of Lonmin to Sibanye, once again stating that job losses were its main concern.

The union is not without its own troubles — it delivered a written submission to South Africa’s labor registrar on Thursday (June 13) after the registrar accused the AMCU of not complying with the constitution and violating its own rules by not holding a national congress.

In April, the registrar said in a government publication that it intended to cancel the registration of the AMCU because the trade union was “not a genuine trade union as envisaged in the (Labour Relations) Act.” If the AMCU is de-registered, it will not be able to continue operating, and this could lead to unrest among mining communities.