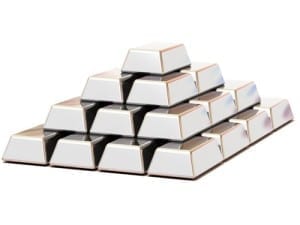 Update: North American Palladium released its third quarter results on November 6. This article has been updated accordingly.
As one of only two primary palladium producers in the world, North American Palladium (TSX:PDL) understandably attracts interest from those looking at investing in palladium.
However, things arguably haven’t been going well for the miner lately. At the end of September, the company was forced to cut the workforce at its Lac des Îles (LDI) mine in Ontario by 44 workers; it added that it won’t be filling 17 vacancies at the mine.
Earlier in 2015, North American Palladium temporarily suspended milling operations at LDI due to water balance issues. Combined with the impact from a reduction in low-grade material being processed, North American Palladium has reduced its production guidance from 185,000 to 205,000 ounces of palladium down to 160,000 to 170,000 ounces.

Trouble in a tough market

To be sure, weak palladium prices have played a role in the situation. The white metal is down 23 percent this year, currently trading around $605 per ounce. Despite calls for increased palladium demand from the autocatalyst industry, the poor investor sentiment pervading the entire precious metals sector has weighed heavily on the metal.
However, other factors have affected North American Palladium’s (TSX:BAM.A) ability to weather the storm. At least one author has written extensively about the company on Seeking Alpha, questioning how the LDI mine could have been uneconomic when palladium prices were still flying high.
In particular, the author takes issue with North American’s recapitalization deal with Brookfield Asset Management (TSX:BAM.A), noting that the arrangement will leave existing shareholders owning just 2 percent of the company’s stock.
Jim Gallagher, former COO of North American Palladium, took over as president and CEO this past summer less than a week after the recapitalization was completed. Former CEO Phil du Toit and CFO David Langille resigned.
Gallagher told Northern Ontario Business on November 2 that when he joined the company in 2013, he saw a good orebody and large mining facility, but “less than perfect management and not enough good engineering.”

However, Gallagher has plans to move the company forward. In an October interview with the Northern Miner (subscription) he detailed plans for growth at the mine, including an exploration strategy using funds from Brookfield. North American Palladium also completed a rights offering on September 15 raising $50 million, with funds earmarked for repaying part of its bridge loan facility with Brookfield, and for ongoing operations at LDI.
Furthermore, the CEO told Northern Ontario Business that LDI could potentially mine palladium for another 15 years should prices rebound.
Time will tell whether or not things turn around for North American Palladium, but at least for his part, Gallagher seems optimistic. Most recently, the company reported a 39 percent increase in revenues for Q3, year-over-year, and noted that its total debt had decreased from $405.5 million to $43.7 million as of September 30, in large part due to August’s recapitaliztion transaction.
“This was a key quarter for the Company,” Gallagher said in a statement. “Our operations performed well but can still do better following the return to regular production after a difficult second quarter.”
Since its share recapitalization and restructuring this August, North American Palladium’s share price is down 17.53 percent, at $4. For the same period, it’s traded between $3.85 and $6.44.