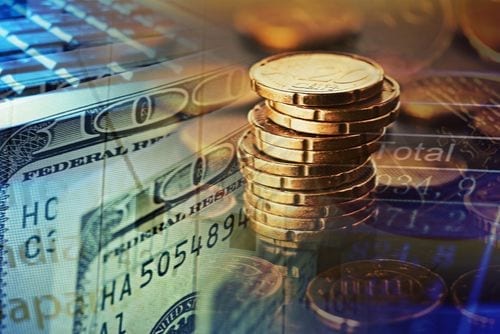 Chantelle Schieven, research head at Murenbeeld & Co., shares her thoughts on where the gold market is headed in this PDAC interview.

Schieven told INN what she believes is the main catalyst behind why gold has begun to rebound, why she is “mildly bullish on gold” and where she sees the precious metal‘s price heading for the rest of 2019.

“This year we think the US dollar is going to start its long-term downtrend,” she said.

“A promise of President Trump’s [campaign] was, ‘we’re going to devalue the dollar, devalue the dollar’ because that’s the way you start to actually get things back in balance. So, that’s really where we think the catalyst [for current gold prices] is,” she added.

Despite the US dollar going down in value in the first three months of this year, Schieven pointed out that there is still a slightly rough road ahead for the yellow metal, stating, “it’s never smooth, it’s never a smooth transition. There’s going to be ups and downs […] This year we say is mildly bullish [for gold].”

Turning her attention to the price of gold for 2019, Schieven believes that it will experience an average of around US$1,330 per ounce, adding, “but we do think that there is over a 40-percent probability that gold will break US$1,400 in the second half of the year.”

Circling back to the notion that the US dollar needs to become further devalued in order for gold to flourish, Schieven said that it will start to decrease this year but there won’t be any “dramatic” pressure placed on the greenback during 2019.

“I’m not expecting [the US dollar] to have a 30-percent decrease or anything, but I do think that by the end of the year it will be lower.”

Watch the interview above for more from Schieven. You can also click here to view our full PDAC 2019 interview playlist on YouTube.

5 responses to “VIDEO — Chantelle Schieven: Ignore the Day to Day — Gold is a Long-term Investment”