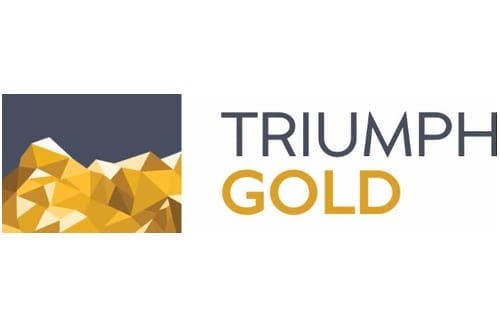 Dr. Tony Barresi appointed President
Tony Barresi, Ph.D., P.Geo., has been appointed to the board of directors and President of the Company following the retirement of Paul Reynolds. The board thanks Paul for his dedication and leadership as President and CEO over the past five years. Dr. Barresi is an economic geologist with fifteen years of base and precious metal exploration experience. Formerly Vice-President, Exploration of the Company, he has built and led the Company’s technical team since mid-2016. During his tenure as Vice-President Exploration, two high grade gold-rich porphyry-related breccia bodies (Blue Sky and WAu) were discovered on the Company’s Freegold Mountain property, and in 2017 Dr. Barresi identified and staked the Andalusite Peak property in northern BC, which has subsequently been joint ventured to Rio Tinto. In addition, he has developed and maintained a robust corporate social responsibility program in the Yukon. Dr. Barresi obtained his B.Sc. (honours) from Saint Mary’s University in 2004 and Ph.D. from Dalhousie University in 2015. His Ph.D. thesis focused on the interplay between island-arc evolution and mineral deposit formation in BC’s Golden Triangle, one of Canada’s premiere metal districts. Tony was awarded the prestigious Mary-Claire Ward Geoscience Award for his thesis by the Prospectors and Developers Association of Canada (PDAC) and the Geological Association of Canada (GAC).

John Anderson appointed Interim Chief Executive Officer
John Anderson, the current Executive Chairman of the Company has been appointed interim Chief Executive Officer. John has presided over the Company since January 2015 focusing on financing and promoting the Company. Having over 25 years of Capital market experience specializing in the resource sector, he was a founder and financier of many start-up companies with experience on the TSX, NYSE, NASDAQ and London AIM and Swiss Stock Exchange. He was a founder of Deep 6 PLC, American Eagle Oil and Gas as well a founding general partner in Aquastone Capital LLC, a New York based gold fund. John had raised more than $35 million for Triumph Gold before becoming the Chairman and subsequently another $15 million for the past three exploration years, including a strategic investment from Goldcorp. Prior to this, he worked in Investor Relations at Bema Gold, Investment banking with Hong Kong based Meyers Capital as well as Corporate Development at Manulife Financial in commercial real estate development.

This news release contains forward-looking information, which involves known and unknown risks, uncertainties and other factors that may cause actual events to differ materially from current expectation. Important factors – including the availability of funds, the results of financing efforts, the completion of due diligence and the results of exploration activities – that could cause actual results to differ materially from the Company’s expectations are disclosed in the Company’s documents filed from time to time on SEDAR (see www.sedar.com).  Readers are cautioned not to place undue reliance on these forward-looking statements, which speak only as of the date of this press release.  The company disclaims any intention or obligation, except to the extent required by law, to update or revise any forward-looking statements, whether as a result of new information, future events or otherwise.