In February the Sprott Gold and Precious Minerals Fund was awarded the prestigious 1 year award for the precious metals fund category at the Lipper Fund Awards. The fund’s previous accolades included the Globefund top Precious Metals Equity Fund in Canada for annualized return since inception in 2006. 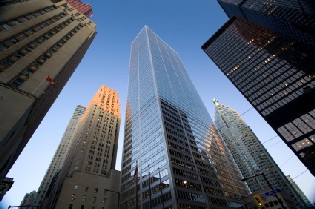 Sprott Asset Management was founded in 2000 having already established a highly successful historical track record of managing assets dating to 1981. The Sprott Gold and Precious Minerals Fund will be well known to most investors, having demonstrated strong performance and achieving significant awards and accolades since its inception back in November 2001. The most recent recognition was in February, as the fund was awarded the prestigious 1 year award for the precious metals fund category at the Lipper Fund Awards. The fund’ previous accolades included the Globefund Top Precious Metals Equity Fund in Canada for annualized return since inception in 2006.

Charles Oliver is co-manager of the fund with professional training as a geologist and exhibiting a highly regarded investment career. Prior to joining Sprott in 2008, Oliver led a team at AGF Management Limited that was awarded the Canadian Investment Awards Best Precious Metals Fund in 2004, 2006, 2007, and was a finalist for the best Canadian Small Cap fund in 2007. At the 2007 Canadian Lipper Fund awards, the AGF Precious Metals Fund was awarded the best 5-year return in the Precious Metals category, and the AGF Canadian Resources Fund was awarded the best 10-year return in the Natural Resources category. Oliver began his investment career with Midland Doherty in 1987 and later joined AGF’s Fund Management department in 1999.

Jamie Horvat is co-manager of the fund with training in mechanical engineering technology, commerce and financial analysis. Horvat joined Sprott at the same time as Oliver, after serving as an award winning manager at AGF where he had been occupied since 2004. Prior to joining AGF he spent 5 years at another large Canadian mutual fund company as an Investment Analyst.

The Sprott Gold and Precious Minerals Fund is more volatile than its peers with a three year risk measure of 48.0 compared with the category average of 45.1, as of the end of last month. The fund features a slightly higher Management Expense Ratio (MER) of 2.84 percent, with total assets of approximately $852 million.

Employing a portfolio approach focusing on strong management teams with a sound strategy, the portfolio management team combines a big picture approach and a bottom up process. The team looks for growth at a reasonable price (GARP) and generally acquires positions in companies with the view of holding them over the long-term. The overall strategy tends to divide the portfolio into three components, with one-third in large-caps that offer the best liquidity and the remaining two-thirds in mid- and small-caps that have more potential upside, but also more volatility. For risk-control purposes, the fund holds about 150 names, many of which are very small. In a recent interview with Morningstar, Oliver stated, “Instead of taking a 2 or 3 percent position, I’ll have a 0.2 percent position. Those positions can turn into 2 or 3 percent holdings. You pick the right names, they can be spectacular.” Some junior miners that have been hugely profitable for the fund include Claude Resources Inc. (TSX: CRJ), and Minera Andes Inc. (TSX: MAI) , both of which are up five-fold.”  Examining the gold equity investment universe, Charles Oliver maintains that junior and mid-sized miners are expensive. “I went to PDAC (Prospectors and Developers Association of Canada) and walked around for three days. It was much sparser than the previous year.” Instead, the team has turned attention to senior players that have lagged the market in share price appreciation. Oliver focused attention to Barrick Gold Corp. (TSX: ABX), “The Barricks of the world are trading at the cheapest valuations in the last decade,” says Oliver, who took a position when the company began reducing its hedge book in October 2009. “And it’s still cheap, at 12 times forward earnings. The stock is only up one-third (in the past 18 months).”

Last week, Jamie Horvat appeared on BNN providing an interesting context from which he analyzes commodity and resource equities, “we put silver at the top and gold right after that, and then I look at the other commodities acting simply as an inflation hedge given the monetization of debt that is going on globally and continues to go on. I would put oil right up there and then copper and then zinc.” According to the most recent disclosure the fund trimmed many positions that had experienced significant gains and directed the proceeds into large cap gold stocks and added to select silver plays. The fund report indicates a decision to increase silver position from approximately 15 to 20 percent, “during the quarter, it became clear that there was a definite shortage of physical silver relative to demand – investment demand and demand for industrial fabrication. We remain optimistic that silver prices will continue an upward trend.”

As of the most recent disclosure, the top 10 positions include: